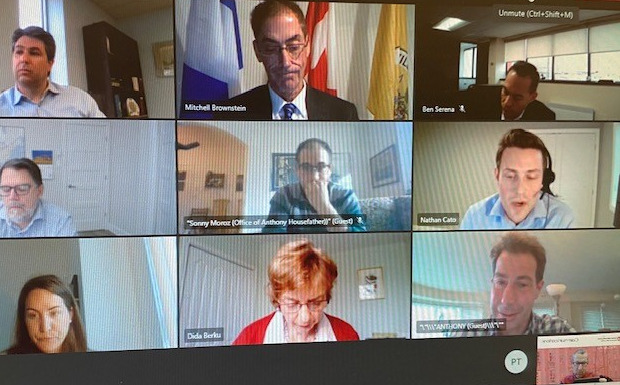 Our meeting with CP.

During my 16 years on council, and well before that, meetings between the city and CP over train news have been quite common. But this meeting was a bit different. Residents of Merrimac, Baily Road and parts of Hampstead have been repeatedly woken up at the ungodly hours near 3 am in recent weeks. This has impacted  constituents of myself, Councillor Berku and MP Housefather – our former mayor. Rather than approach CP on a piecemeal basis, we  included the mayor and the city’s senior director to make the case.

We reminded them that the last time the noise was this bad in 2017 CP put a stop to it.  Resident Charles Guerin has been collecting written complaints from people and we presented these to them.

“Shunting and banging at 3 am is unacceptable,” stated Housefather.

We believe the message was delivered loud and clear. They agreed to review the list of complaints and demands which were presented and  to investigate the sources of noise and disruption and get back to the city within the next few weeks. So a full investigation has now begun.

Citizens upset by the noise who have yet to write to Guerin can do so at cguerin@icloud.com

We also ask you to go online at CP's Community Connect. The link is here.

Is train noise bothering you? We need to hear your voice loud and clear

At my most recent District 2 Advisory Committee meeting, held via Zoom, train noise was on the agenda.

Councillor Dida Berku is teaming up with me for a District 2 and 3 Coalition to try and deal with excessive train noise from the CP Railway. Frank Palucci said he even hears the trains all the way on Ilan Ramon Crescent.  There was an incident recently in which a piece of equipment broke down, causing a few sleepless nights for residents of Merrimac and Baily Road residents. 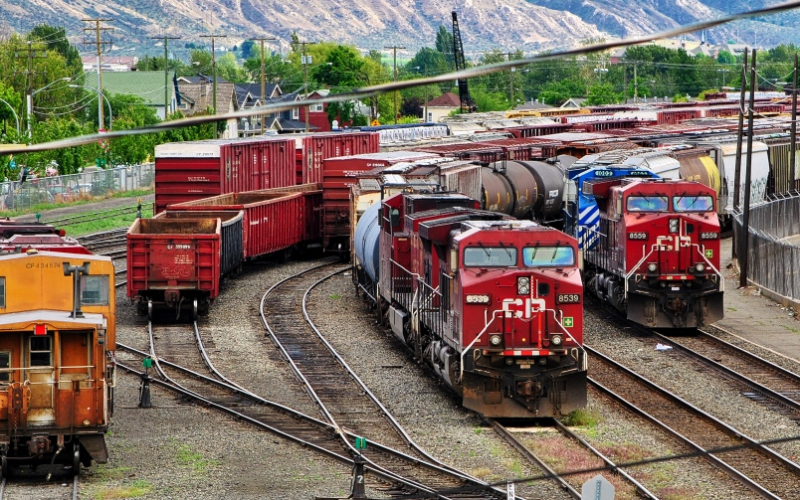 Merrimac resident Charles Guerin is leading an effort to gather complaints. Below are his instructions:

What we need from people are for them first to email a complaint to CP Rail “Community Connect (Community_Connect@cpr.ca) ,” it’s sort of a help desk for CP Rail. The email should CC: jshecter@cotesaintluc.org on all correspondence, Cote St Luc’s legal counsel.

Community Connect will send everyone back a form letter the next day that explains why CP is good and their complaint is a waste of time…everyone should ignore that. The email complaint should address these points:

- Woken up in the middle of the night?

[ ] Fewer trains at all times

[ ] Ban on bells and horns at night

[ ] Repair of old equipment such as manual switches

[ ] Slow the speed of the trains

[ ] Increase the speed of the trains

"I am located at 5685 Ch Merrimac, the idling noise at night is shaking our house and waked me up every night, sometimes several times a night. My child wakes up too when loud crashes occur despite our sound-proofing windows. I am losing sleep every night.

Last week you left a train idling for close to 48 hours, this is unacceptable!

I am asking CP to add a noise barrier in my area, reduce the number of trains at night and replace the antiquated equipment so that trains can roll past faster without the need for idling."

I would like to thank Charles for his efforts and urge those who are impacted by this noise to please take the appropriate action.

When I first moved into my present home after getting married 23 years ago, I realized we were very close to the Canadian Pacific Railway tracks. But it was only a few days into residing here that I found myself rudely awoken by some unspeakable noises from the trains. This did not happen every night, but often enough that I followed the advice of some family members and purchased a white noise machine. For my household it masked the disturbance.

Over the past two decades train noises have come and gone. In the 12 and a half years I have served as the city councillor for District 2, it has never been more of an issue than the past year, especially for those homeowners closer to the tracks.

One resident told me just last week, “the noise level is intolerable. There are trucks backing up constantly, loudly beeping, and even blow horns.  It has become impossible for us and for our kids to sleep.” 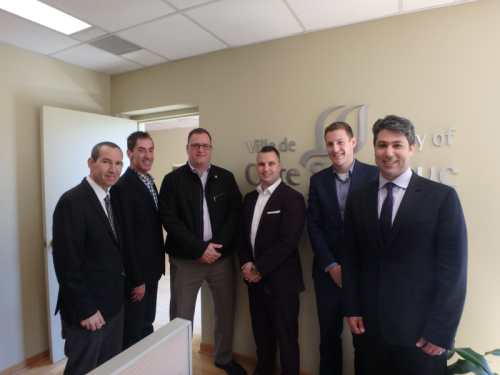 Train noise affects people across our community. But given the volume of complaints I have been receiving, I asked for and received a face to face meeting with senior officials from CP Rail. Last week Director of Government Affairs Nathan Cato, joined by Robert McRobbie and Nick Pattyn, came to City Hall to meet with myself, Associate City Manager Jonathan Shecter and Mayor Mitchell Brownstein. After the meeting, I asked them to join me on site where some of the worst noise is occurring on the tracks next to Merrimac Road, impacting the Meadows Condominium.

Mr. Cato specifically is well aware of the problem at the Meadows. CP officials have met with Charles Guerin, a resident of the Meadows who compiled a comprehensive dossier on the problem. They recognize we have an issue and want to try and find some resolutions.

While they would not release exact details, Mr. Cato confirmed that a noise study on the tracks near the Meadows was conducted a few months ago. Unfortunately it showed that noise levels were well below Canada Health Standards.

“Could this survey had been done at a time when there were no railway noise disturbances?” I asked.

This CP team did not drive in from Ottawa just to have a chat. They sincerely want to help.I made it clear to them that many residents are in absolute misery some nights and we need to find a fix.

CP is under federal jurisdiction. Mount Royal Liberal Member of Parliament Anthony Housefather is our former mayor and well aware of the problem.  Federal Minister of Transport Marc Garneau is the Liberal MP for NDG-Westmount. Can we get him involved in the situation?

The CP officials were sympathetic to those who are being affected by this.  Work at 5 am sometimes cannot be avoided because it relates to urgent maintenance, they said. Trains that pass through in the early morning hours are often unscheduled late arrivals to Montreal and cannot be avoided. “Our operations run  24/7 and 365 days a year,” Mr. Cato said. “It is a big complicated picture.”

We asked if any kind of sound barriers could be erected. Mr. Shecter is looking into whether our noise bylaw, which prevents any work from taking place between 9 pm and 7 am, could be enacted where CP is concerned. He is looking into that.

I will continue to stay on top of this issue. CP officials are not taking the problem for granted. They wish to find a solution.

Constituents affected by disturbances from the CP yards should e-mail me at mcohen@cotesaintluc.org so we can properly document this.

Work on the CP Railway tracks to be done overnight

Canadian Pacific Railway (CP) will be doing work on the railway tracks behind Baily, Wavell and Holland roads in the evenings and overnight periods of approximately Wednesday, July 29 to Monday, August 3. This will regrettably impact and inconvenience anyone living in that vicinity.

Please note that the City of Côte Saint-Luc does not have jurisdiction over work performed on the railway tracks.

CP is replacing the ties, which are the pieces of wood that connect the two rails. This work is part of their ongoing investment in their tracks. CP is starting work on Tuesday, July 28 in Lasalle and moving east through Montreal West, Côte Saint-Luc, Hampstead, TMR and Outremont.

Because the AMT commuter trains use the track during the day, CP says it must do the work between 7:30pm and 2:30am. CP acknowledges this work will be noisy and may be disruptive to residents. You may hear motor sounds of heavy machinery in operation and idling, metal percussion, compacting sounds from tamper equipment, voices of 25 to 35 people, and the beep sounds from trucks that are backing up.

If you have questions or concerns about the work, contact Canadian Pacific at 1-800-766-7912 orcommunity_connect@cpr.ca.