Will Legault call a snap election?

If Quebec Premier François Legault does not call a by-election in South Shore Marie Victorin soon, this will lead me to only one conclusion: a snap general election. 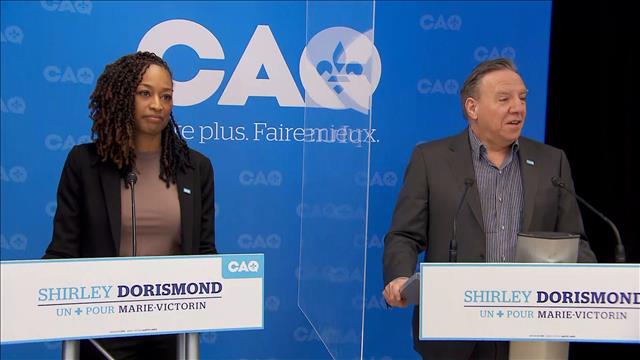 Marie Victorin was left vacant when Catherine Fournier was elected mayor of Longueuil in November. That was nearly four months ago. All the parties now have candidates. Legault originally said he was waiting for the Omicron variant to cool down. But no doubt running scared from the Freedom Convoy, he is already removing most COVID restrictions (much too fast if you ask me). I just hope he does not bow to pressure and remove masks.

The next Quebec election is in October and there appears to be little doubt that Legault’s CAQ will win a convincing majority. Legault wants a landslide victory and that is now slightly in doubt because of the fact he did the right thing where pandemic health protocols were necessary. That meant shutting down bars, gyms, restaurants, stores, malls, entertainment venues and going as far as instituting a curfew. His Health Minister Christian Dubé brought in the vaccine passport and enacted a very successful vaccination campaign.

Sadly, a small minority of the population in Canada has decided to go rogue as protests across the country show us.

Opposing COVID measures in illegal fashion has gotten the attention of politicians. We have irresponsible people like Conservative leadership hopeful Pierre Poilievre and the most repulsive opportunist of them all, People’s Party of Canada leader Maxime Bernier, egging the protesters on. Alberta Premier Jason Kenney, who clearly has no idea what he is doing, is no better.

In Quebec, the fledgling Conservative Party headed by Eric Duhaime are doing well in the polls. In fact, they could take some seats in Quebec City.

Legault does not want to see a party other than his win in Marie Victorin. In the event of a likely sixth wave, Legault does not want to take that yoyo out of his pocket and reimpose new COVID measures before October. If he calls a general election for the spring and wins, he will have four more years of security and probably then less worried to lower the boom once again if hospitalization numbers increase.

So, let’s watch Marie Victorin. If the Premier delays much longer, then remember you read it here first.