Habs add another Jewish player in Halpern - CSL would welcome him!

This message is for Jeff  Halpern (pictured below), the newest member of the Montreal Canadiens and the second Jewish player to join the roster after Michael Cammallari. I know the team's training facility on the South Shore makes  it pretty tempting to  buy or rent property in that area. But as a nice Jewish boy,  who has sat out games in the past to observe Yom Kippur, we'd love to have you reside in Côte Saint-Luc.

As a city councillor in the community I officially hold out the welcoming mat.

Here are a few good reasons

1. You have several synagogues to choose from. 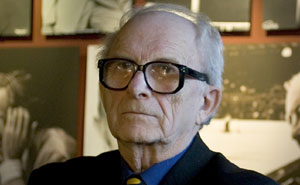 5- There is a great kosher food section at the Cavendish Mall IGA.

6- We can arrange for you to get a front row seat at the annual Yiddish in the Park event.

7- Someone will certainly invite you over for Shabbat Dinner.

8- Former Habs defenceman Mathieu Schneider bought a home here when he played for Montreal (oops, a few weeks after the purchase he was traded)

Halpern's background is quite impressive, as this wealth of information I picked up from the internet shows. After graduating from Princeton University, Halpern began his NHL career in the 1999–2000 NHL season for the Washington Capitals; he played in 79 games, scoring 18 goals with 11 assists, and was +21. He was the first member of the Capitals to come from the Washington, D.C. area. Halpern first attended Winston Churchill High School in Potomac, which did not have a hockey team. In order to pursue his dreams as a hockey player, Halpern transferred to and later graduated from St. Paul's School (Concord, New Hampshire) where he was roommates with future Bachelorette winner Ian McKee.

The 2003–04 NHL season was his highest-scoring season to date as he finished with 19 goals and 27 assists in 79 games. During the 2004–05 NHL lockout, Halpern played for the Kloten Flyers and for HC Ajoie in Switzerland, and returned to the Capitals when the lockout ended. On September 23, 2005, the Washington Capitals named Halpern the twelfth team captain in franchise history.[1] In the 2005–06 NHL season, he scored 11 goals, and added a career-high 33 assists. On July 5, 2006, Halpern left the Capitals as a free agent and signed a 4four-year deal with the Dallas Stars. On February 26, 2008, Halpern was dealt to the Tampa Bay Lightning along with Mike Smith, Jussi Jokinen, and a 2009 fourth round draft pick in exchange for Brad Richards and Johan Holmqvist. Halpern scored a goal in his Lightning debut, and added an assist. After being acquired by the Lightning, Halpern went on a huge hot streak, scoring 10 goals and 18 points in 19 games. He also led the league during the 2007–08 NHL season in games played as one of only two players to appear in 83 games, or one more than a team's full schedule, as a result of his trade to Tampa Bay. The other was Brian Campbell. Playing in 52 games during the 2008-09 NHL Season, Halpern scored seven goals to go with nine assists.

Halpern was named the captain of the United States national team for the 2008 World Championships in Canada. Playing in a 5–4 loss in the opening round against the Canadian team on May 6, 2008, he suffered a ruptured anterior cruciate ligament and was expected to be out of action for six to eight months. This occurred in the same game where USA goaltender Tim Thomas was injured and had to leave the team Halpern was traded from the Lightning to the Los Angeles Kings March 3, 2010 and had nine goals and 10 assists last season.

Halpern is a member of the Greater Washington (D.C.) Jewish Sports Hall of Fame.