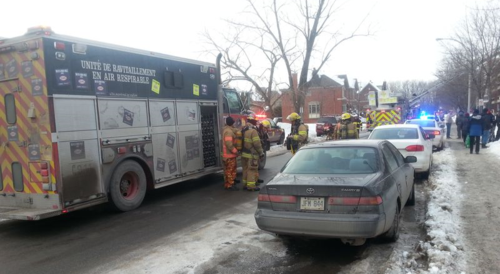 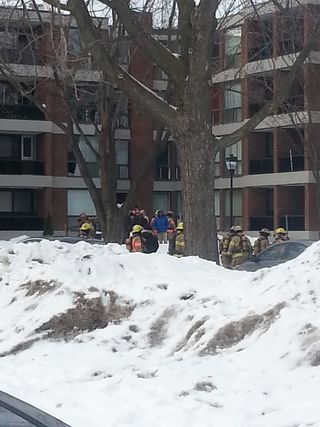 Côte Saint-Luc Director of Public Safety Jordy Reichson provided me with the following report  on a fire at 5775 Sir Walter Scott Avenue, a highrise apartment building in District 2.

This call came in around 5:35AM and when the Montreal Fire Department  arrived, smoke and flames were already visible from outside. They immediately called a 10-07 and 10-09 (first alarm with propagation likely). At 5:55AM, CSL  received a call from the Fire Department that the call had gone to 10-12 (second alarm).

The blaze started in a fourth floor apartment due to an oil fire on the stove top. It caused extensive damage to the apartment, as well as three other units on the floor and the units directly below. 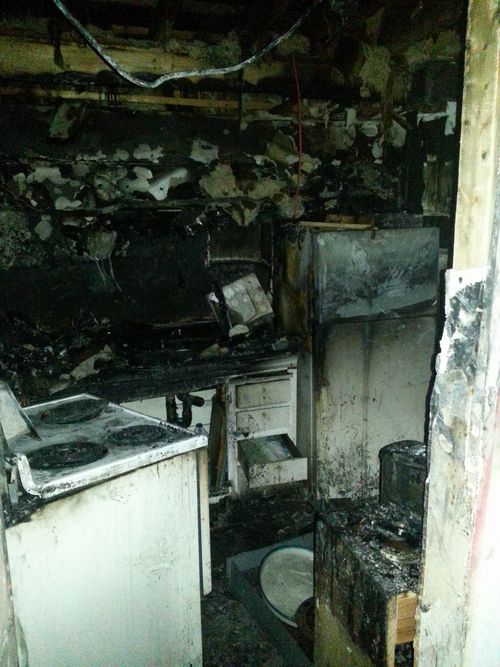 All residents were taken in charge by the Red Cross (as per Fire Department policy for displaced persons), which made arrangements for those affected to stay with family or friends. The residents of the fire apartment were transported to hospital with smoke inhalation and minor injuries.
The Montreal Fire Department intervention prevention teams, CSL Public Safety and CSL Urban Planning were on scene to work with the building owner on any required follow-up, including barricading broken windows and the roof  (which was cut open for ventilation) and other matters. CSL Public Works   was informed to clear the catch basins in the area to allow for drainage of water. 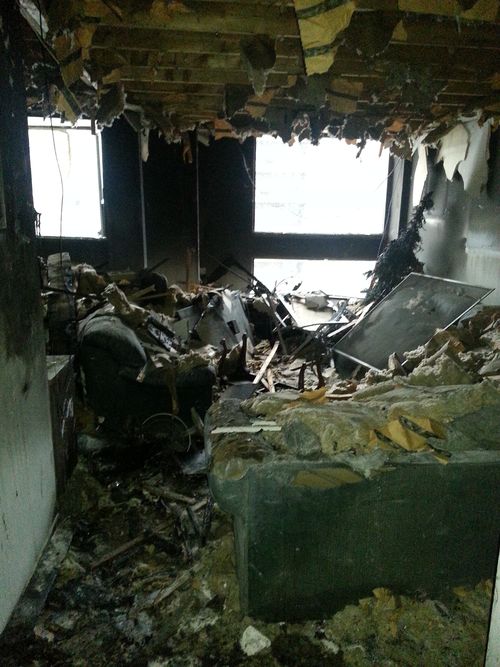