Congratulations to perhaps my eldest constituent in Côte Saint-Luc District 2, Bill Ornstein. He lives at the Excelsior apartments on Cavendish Boulevard with his girlfriend of nine years, the much younger Adeline Slapcoff – she is 91. 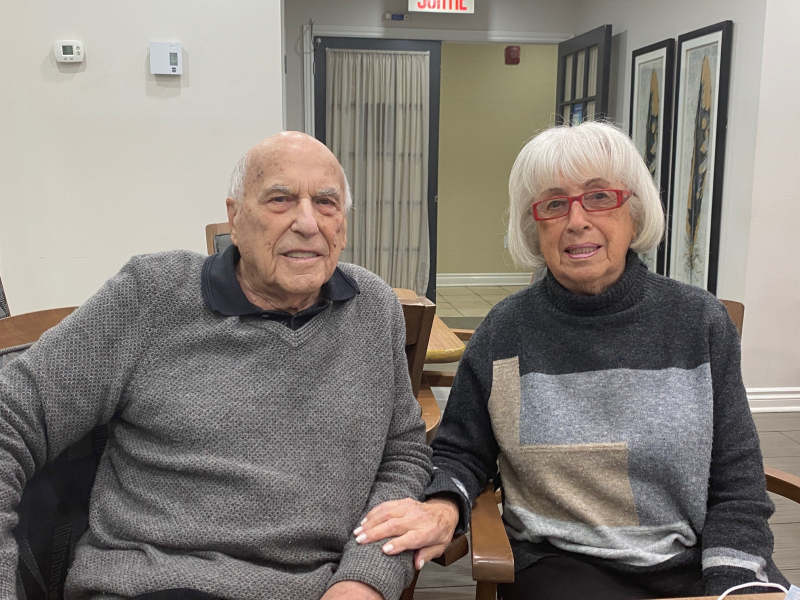 Married to Rhoda Kanofsky for 61 years, Bill has three daughters and three grandkids. After his wife passed away he moved to the Excelior and began hanging out at the food court across the street at Quartier Cavendish. That is where he met Adeline, who had been widowed for two years at that time after her husband of 56 years had passed away.

“Bill and I were at the same golf club for 20 years, yet we did not know each other,” Adeline says. “I did play golf with his wife though.”

In 2013  Bill moved in with Adeline, who was also living at the Excelsior. While Bill still has his driver’s license,  he sold his car. “Why do we need two cars?” he asked me rthetorically. “I use her car to drive to the Mall.”

Professionally, Bill worked in the food importing business. He spent three years in the Canadian military, from 1942 to 1945, and based in Montreal. “I worked with dental corps,” he said. “I knew nothing about dentistry, but I learned quickly.”

Bill and Adeline have already beat COVID-19. “We luckily had mild cases,” he says. 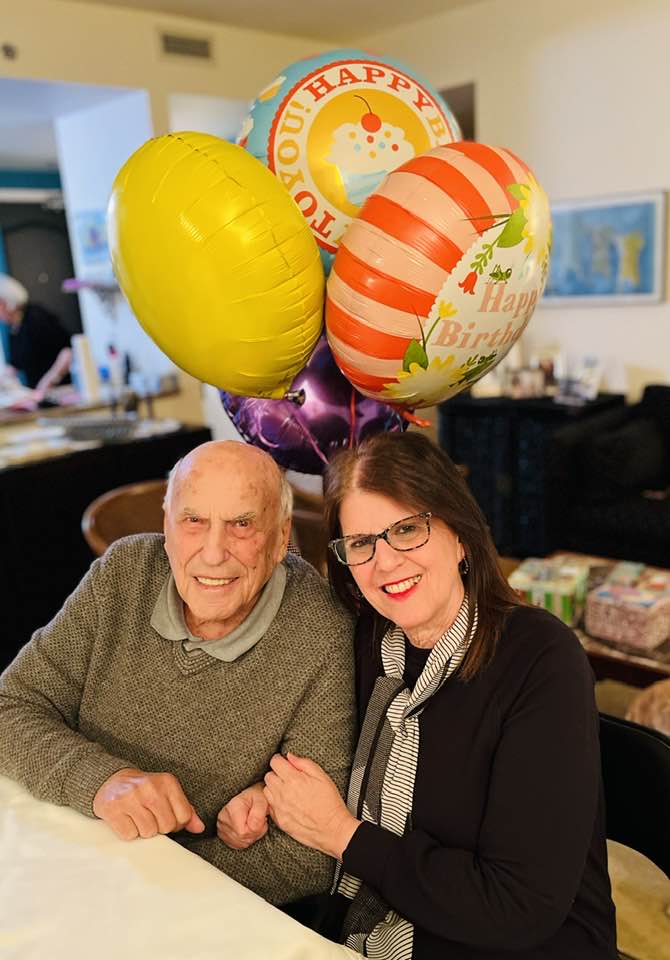 Bill and his daughter Eileen.

Bill is sharp as a nail and has a terrific memory. He shares Adeline’s  pessimism about the extension of Cavendish Boulevard.

“It won’t happen in my lifetime,” said Adeline.