Traffic issues around JPPS-Bialik being dealt with by Public Safety

In recent days I have been receiving some complaints about JPPS-Bialik School creating what appears to be a private one lane road to their facility for vehicles and placed an  orange cone on the street, closing off the second lane. As my constituent Jason Ullman states, "Anyone not going to Bialik has to wait in single file to be able to turn on  to Marc Chagall. Why am I waiting from Rembrandt in bumper to bumper traffic in single file when there should be a  two lanes?"

Parking, Jason points out, is not allowed going west on Kildare during morning rush hour but he complains this is being ignored. And on Kildare driving east, between Rembrandt and Marc Chagall he wants to know  why cars are allowed to park there? 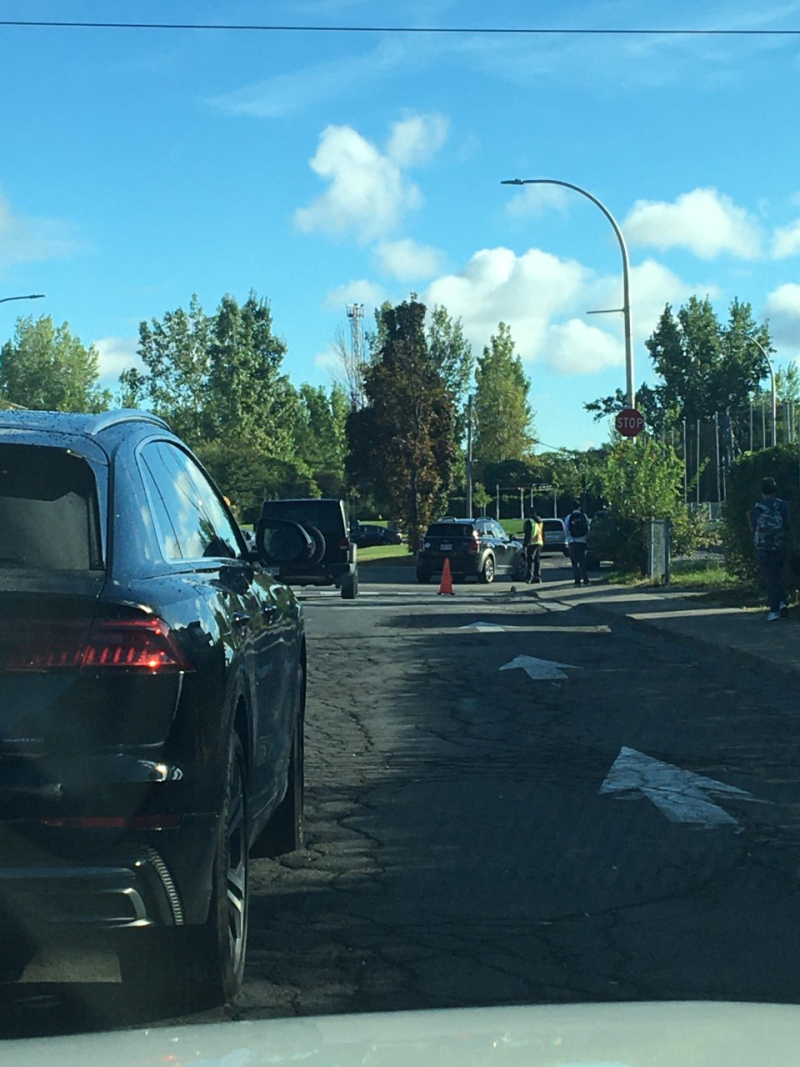 Jason Ullman took this photo of the traffic issue.

I went to our Director of Public Safety Philip Chateauvert. "Normally parents dropping off their kids at this location do line up in the Eastbound Lane in single file and the left lane turning onto Marc Chagall is free and clear," he explains. "Unfortunately, the city had to issue a tolerance for parking restrictions along Kildare Between Rembrandt and Marc Chagall   due to the large number of vehicles that are parking in the street as a result of  garage repairs at 5790 Rembrandt. While I understand the issues this causes, I feel that the problems caused by this are far less than those that would be experienced by the residents of the area if parking was not allowed in this location for the duration of the work. The work should be finished by the end of September."

That being said, our Public Safety Department sees no reason why the school crossing guard is reducing eastbound Kildare between, Merrimac and Marc-Chagall.  Director Chateauvert has dispatched his lieutenant to meet with school  officials and request that they stop doing this immediately since it is unnecessary and prohibited by our bylaws. Another meeting is planned with the school administration next week to explore other solutions.