Home Categories Posts by email Search
At $500,000, Roslyn Margles’ gift to our library is the largest individual donation in CSL history
YidLife Crisis to present "A Closer Luc" Wednesday night at library and online

Following a three year absence due to COVID-19, the Côte Saint-Luc Golf Classic returned on August 9  to Meadowbrook Golf Course and it was a huge success. 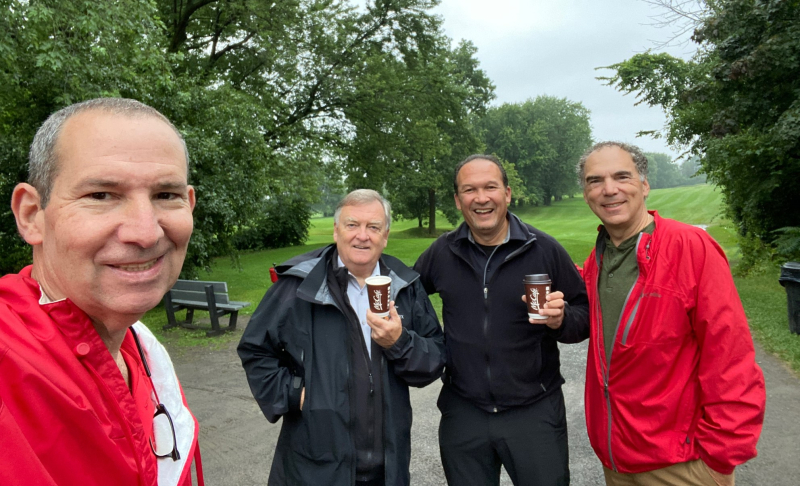 Myself with Pierre Brunet, Peter Lipari and Glenn J. Nashen.

I was pleased to  co-chair this 41st annual event with Councillor Dida Berku and  Mannie Young. Dida has been a champion on keeping Meadowbrook green for  decades. Mannie, the former chair of the Men’s Club and a retired pharmacist, added an entire new dimension to this program with his wealth of contacts and fundraising abilities - no to mention his sense of humour. 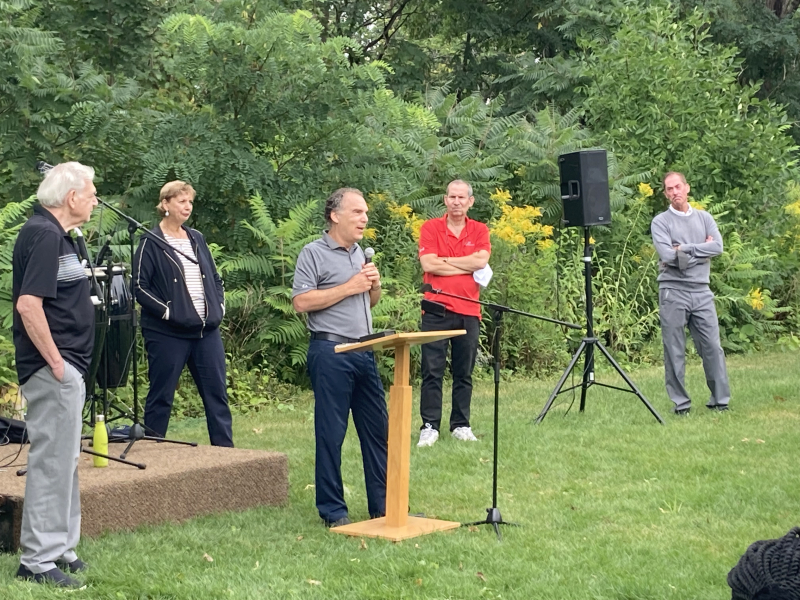 Glenn and Sam made acceptance speeches.

A few years ago, we introduced the Parks and Recreation Bursary Fund to help disadvantaged families and for children who have special needs in Côte Saint-Luc who cannot afford to register their children in seasonal programs and activities operated by our city. It was created by myself and Harold Cammy, with the support of McDonald’s franchisee Pierre Brunet. 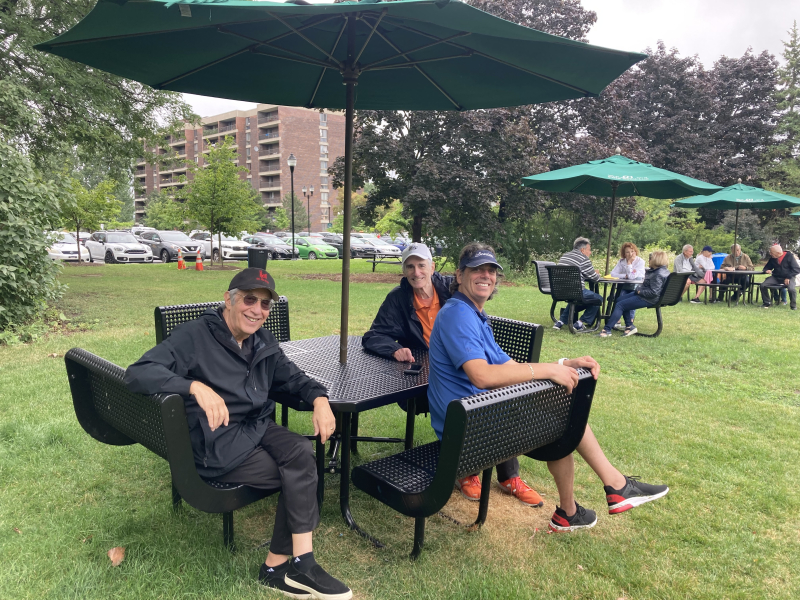 The outdoor luncheon setup was excellent.

This year, thanks principally to Mannie and event coordinator Anisa Cameron, we exceeded expectations. New corporate sponsors were brought in  and we raised over $9,000 for our charity. 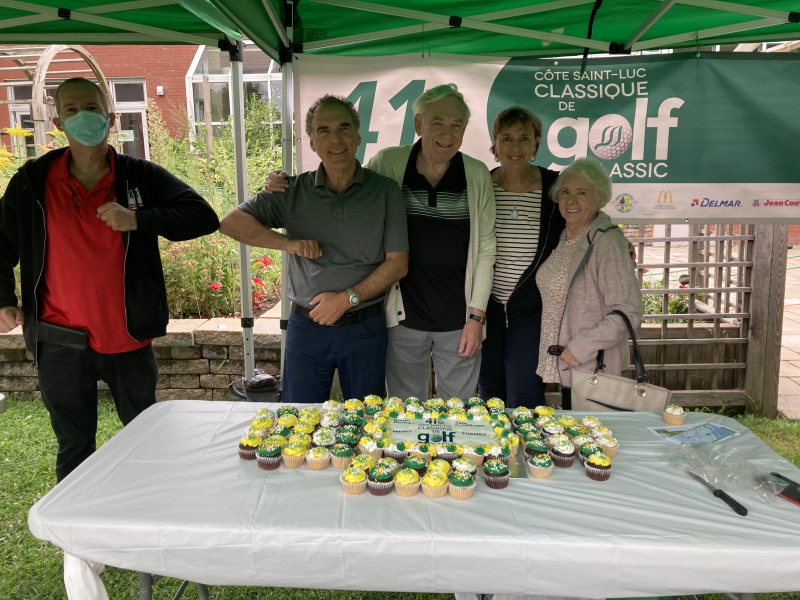 A large collection of cupcakes for Glenn and Sam.

Glenn served on city council for more than 25 years. He was a key player in the area of public safety, having launched the Volunteer Citizens on Patrol (VCOPs) and participating as an active member of the Emergency Medical Services. Sam was a councillor for 12 years and co-chaired the Golf Classic with me on many occasions. Glenn's parents, George, 99, and Phyllis, 95, were on hand. Irving Leiner also paid tribute to the late Joe Presser, who was our honouree in 2018. His wife Isabel and daughter Janet joined us.  I miss Joe terribly!

First off, the golf day was a lot of fun. There was a slight drizzle as we hit the links yet very comfortable temperatures. I had the pleasure of being part of a foursome with Nashen, D’Arcy McGee Liberal MNA David Birnbaum and IGA Côte Saint-Luc Shopping Centre operator Peter Lipari, who has quite the swing. 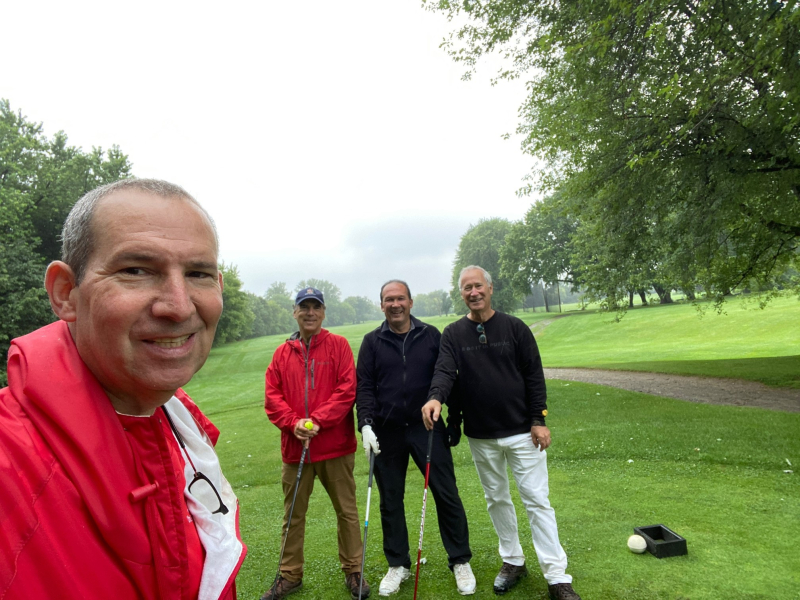 My foursome, Nashen, Birnbaum and Lipari.

Our committee, which also included Anthony Sulpizio and Moe Giobbi, began meeting by Zoom  last winter and we agreed at that point to hold our luncheon outdoors in Ashkelon Gardens behind City Hall. We did not know where we’d be with COVID-19 and I do not think any of us expected  a seventh wave.  Box lunches were prepared by Pizza Pita and this turned out to be an ideal venue, made even better with the husband and wife singing duo -Qué Sera- of Merv “Harvey Keitel-look-alike” Middling  and Joanne Cutler. They now  perform to benefit  the Harvey Levine Cancer Fund, associated with the Cedar Cancer Centre of the MUHC. There is no charge for their performances, however, any donations received will be given entirely towards cancer research in hopes that one day we will find a cure.  Harvey was the director of B’nai Brith Canada in Quebec, who left us more than a year ago. It was nice to see his widow, Doreen, on hand as the Que Sera roadie. She even showed off some of her dancing moves. Their performance was very well received. 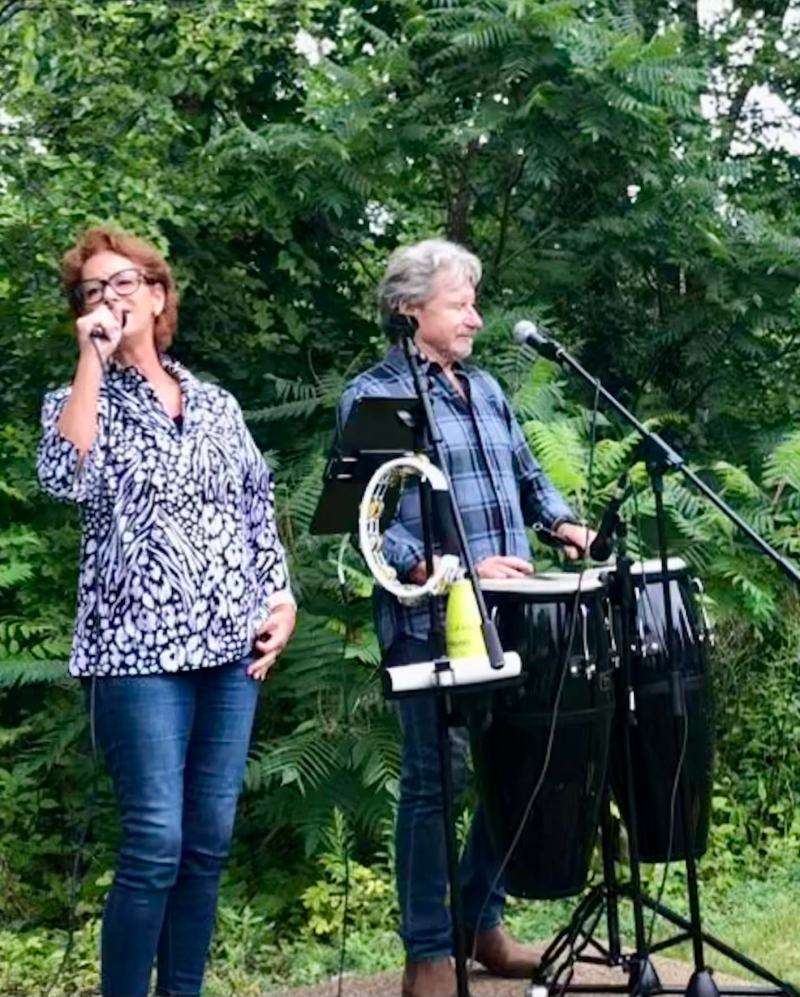 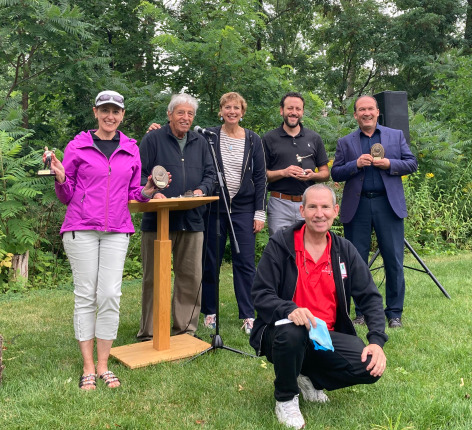 As for the trophy presentations,   here were the winners.

Closest to the Pin: 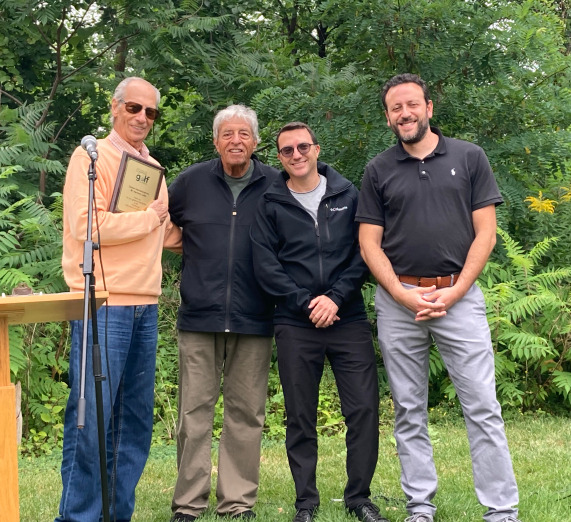 Thanks to everyone who made this event so special.  Bravo Mannie for introducing the new awards. I can’t wait for next year!