Home Categories Posts by email Search
Young Côte Saint-Luc resident excels on the cello thanks to generosity of others
Bill 96 rally won't cost the CAQ votes, but their international representation is at risk

Did you know that the sister of  Elie Wiesel lived in Côte Saint-Luc before she passed away in 1974?
I was unaware of this fact until the Foundation for Genocide Education welcomed Elisha Wiesel, the son of Elie Wiesel, to come speak at a fundraising event at Beth Israel Congregation.
Elie Wiesel was a Romanian-born American writer, professor, political activist, Nobel laureate, and Holocaust survivor. He authored 57 books, written mostly in French and English, including Night, a work based on his experiences as a Jewish prisoner in the Auschwitz and Buchenwald concentration camps. 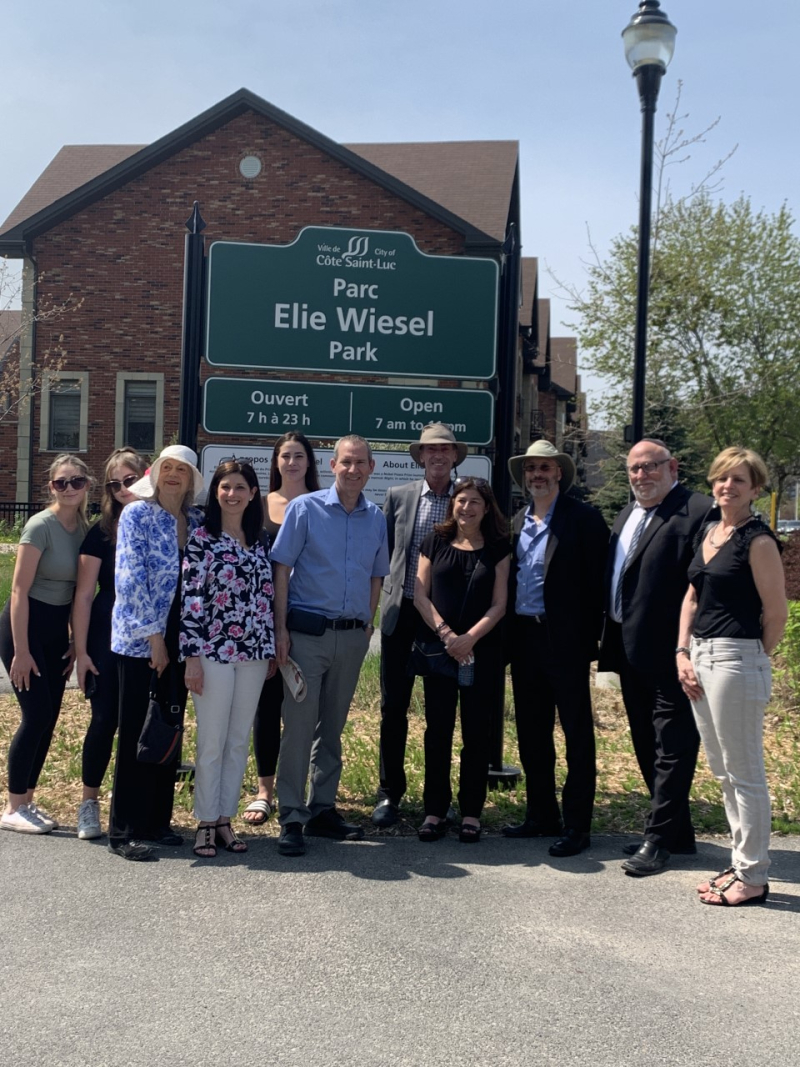 On the afternoon of the lecture we invited Elisha to the park we named in honour of his late father at the corner of Cavendish and Kildare and in my District 2. Rabbi Reuben J. Poupko, Mayor Mitchell Brownstein and some others joined us as we unveiled  bench plaque at Elie Wiesel Park  honouring Beatrice Wiesel Jackson - Elie's sister. As part of Genocide Remembrance, Condemnation, and Prevention Month, the Foundation for Genocide Education recently announced the official publication of the pedagogical guide Studying Genocides. Available in French (in English in fall 2022) to all high school teachers in Quebec at education-genocide.ca, this guide will enable over 343,000 students in 800 schools to study the history of nine significant genocides of the 20th century.