Bill 96 rally won't cost the CAQ votes, but their international representation is at risk

Did the May 14 Bill 96 rally and march accomplish anything?

For one thing, given the fact so many activities have been held virtually these past two years, it was indeed a morale booster. A few thousand people gathered outside Dawson College. The 10 am start was delayed and difficult to hear speeches went on for close to an hour. Then those who remained marched in unison to Premier Francois Legault’s office. 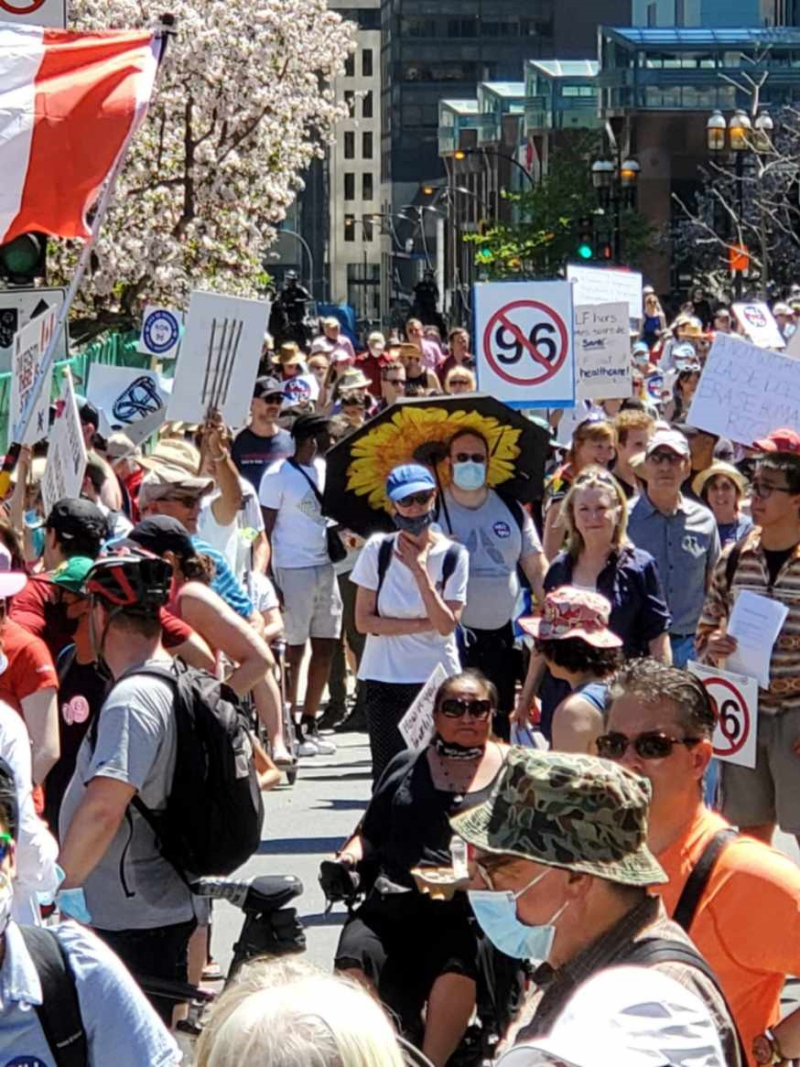 Bill 96, the obscene new language legislation drafted by Legault’s CAQ, is expected to be adopted this week. There is no question that during the four years of the CAQ’s mandate they have spoken loud and clear that anglos and minorities are now second-class citizens in this province.

The CAQ has only one goal in mind and that is to get re-elected in October with a massive majority. Without an effective opposition and a clued-out electorate in the regions, they will coast to such a victory. The CAQ makes the Parti Québecois of old look like an English choir group. They have handed down laws that would even make the late René Lévesque spin in his grave. I am certain that former PQ Premier Lucien Bouchard would not endorse their inflammatory legislation ever.

The rally, in my opinion, was a necessary activity. It will not cost Legault any votes. In fact, he will likely secure some more PQ and Liberal ridings as a result of it. However, but what former businessman Legault has not realized is how media coverage of a rally likes this affects Quebec’s image nationally or internationally. Economy Minister Pierre Fitzgibbon’s mandate is to attract to attract corporate business to the province. What non-francophone would want to move their family to Quebec where a religious symbol precludes you from becoming a schoolteacher and any connection to “English” translates into a dirty word? Lévesque and Bouchard were always particularly mindful of this.

People I spoke to felt good they were there. However, had I been the organizer, I would have scheduled it for a weekday at noon. Saturday prevented busloads of Shabbat observing Jews from attending; Sunday would have impacted church services. I would have started on time, presented far few speeches and like lawyer Michael Polak told me, “not play festive music at the start. We were not here to celebrate!”

As the manager of marketing and communications at the English Montreal School Board, a city councillor in Côte Saint-Luc and a columnist/blogger/podcaster for Quebec’s largest English weekly newspaper (The Suburban), Bill 96 will have an enormous impact on my life and my livelihood. Sadly, there is nobody out there to help us – not our Prime Minister or the other federal parties nor the once effective Provincial Liberal Party. (Mount Royal Liberal MP has spoken out loudly; too bad he is not in cabinet). The future for all of us looks very bleak.