Home Categories Posts by email Search
The Quebec Liberal Party's best chance at a comeback is this recipe to "educate" the regions about Bills 21, 40 & 96
Tribute: Beryl Peletz was a stalwart with the CSL Men's Club and a true mensch

In my previous blog, I had a recommendation for how the Quebec Liberal Party can turn their fortunes around in the October provincial election. That would be to oppose  Bill 21 (prohibits Quebec citizens who work in public service from wearing religious symbols while fulfilling their duties), Bill 40 (abolition of English public school boards) and Bill 96 (the draconian new language law) and transform this opportunity into an attractive array of candidates.

The Liberals have an opening in the D’Arcy McGee  riding, with David Birnbaum stepping down. Imagine party leader Dominique Anglade campaigning in a core CAQ region with her new D’Arcy McGee hopeful wearing his kippa. She can explain to those voters what a kippa is and how  this individual can run for public office, yet is not eligible to become a teacher, vice-principal or principal unless they remove their religious symbol.  The same route could be followed for  her candidates with a hijab, turban or a cross around their neck. Wow, would the CAQ be on the defensive! 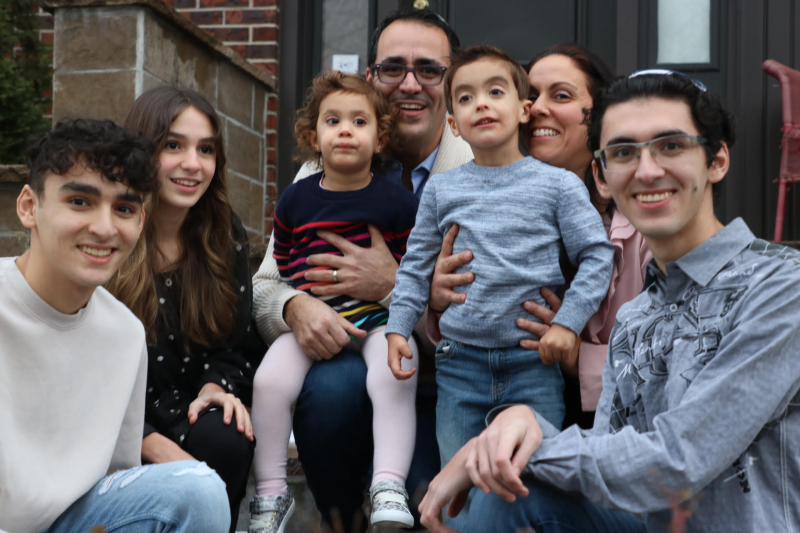 David Tordjman says he has the support of his wife and five children to pursue the Liberal nomination in D'Arcy McGee.

Since I live in D’Arcy McGee, I decided to reach out to some potential candidates who do wear kippas to see if they would be interested in the nomination for the Liberals – and whether Bill 21 serves as motivating factor.  David Tordjman,  who sat with me on Côte Saint-Luc City Council for four years, responded immediately: “As you’ve pointed out, the Legault government has a track record of violating fundamental rights: banning Quebecers who wear religious symbols from working as teachers, lawyers, and police officers with Bill 21; stripping the rights of parents to democratically elect and manage school boards with Bill 40; and restricting access to the judicial process in English while freezing enrolment in English-language CEGEPs with Bill 96, which was flawed from its inception and does nothing to nurture the English-speaking community. Rather it creates limitations and divisiveness.”

I asked David if he would pursue the Liberal nomination. The answer was “yes.”

“Bill 21 in particular hits home,” said David, a fully bilingual Sephardic Jew who attended English public school. “As a practicing Jew who wears a kippah, I recognize that this legislation impacts me along with countless Quebecers. Most importantly, it affects those presently working in the civil service, and dissuades our youth who aspire to serve the public. As a father of five children, this is not the society of diversity, inclusiveness, and acceptance I wanted to raise them in.

“Many of your readers know me as an active political figure in Côte Saint-Luc. They should also know that I’m not afraid to spark a discussion on why I and others wearing religious symbols can contribute positively to Quebec society at all levels.”

Just imagine David in Shawinigan with Anglade, speaking flawless French and explaining to the audience what Bill 21 really means. The CAQ hierarchy believes that all Quebecers support this law. But they don’t; there are merely too many of our citizens who need to be educated on what the real implications are.

“This election, Dominique Anglade and the Quebec Liberals are best positioned to take on the CAQ. While some may wish to divide our community’s voice at the ballot box, I believe we must stay united in fighting against a government that enacts legislation harming women, religious minorities, racialized people, and immigrant communities.”

As for the two anglo rights parties now forming, unless they find a way to merge neither will have any impact at all on the Liberals. By feuding in the media, leaders Balarama Holness and Colin Standish are losing credibility by the minute.

The Conservative Party of Quebec will get some  votes and I would not be surprised to see their kippa-wearing candidate from 2018, Yaniv Loran, back in the race.

Really looking forward to seeing Mr. Tordjman represent our community in the National Assembly. He has a great track record as councillor in Cote St-Luc, and he brings a wealth of experience to the Quebec Liberals which they so desperately need. Good luck!