Home Categories Posts by email Search
We have made the case that hybrid city council meetings work; is the Quebec government listening?
Tordjman becomes the first candidate to confirm interest in D’Arcy McGee Liberal nomination

The Quebec Liberal Party's best chance at a comeback is this recipe to "educate" the regions about Bills 21, 40 & 96

Can the Quebec Liberal Party make a comeback in the next provincial election?

Heading into the October vote, polls indicate the Quebec Liberals may get shellacked. Thus far leader Dominique Anglade and the party seem unable to connect with voters. However, I see  a real  opportunity for Anglade.. 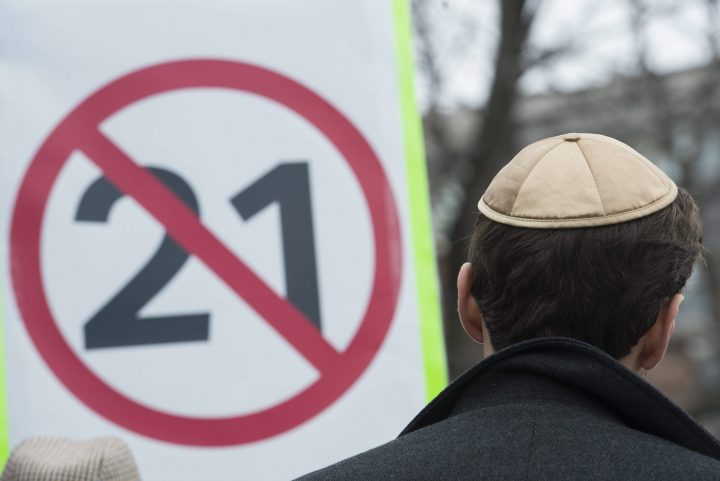 The Liberals need a winning formula.

The party  must come up with many new candidates due to retirements. Since Anglade has made it clear in recent interviews that her party is against Bill 21 (prohibits Quebec citizens who work in public service from wearing religious symbols while fulfilling their duties), Bill 40 (abolition of English public school boards) and Bill 96 (the draconian new language law), why not look at this as an ideal opportunity for a rebranding?

“Unlike the governing CAQ, we are a party that accepts all Quebecers as equals,” Anglade can say by introducing a diversified group of candidates. Imagine how something like that would resonate!

In D’Arcy McGee, name a candidate who wears a  kippa; for Laval find someone with a hijab or turban; in L’Acadie,   identify a high profile English public school official; in Marguerite Bourgeoys (LaSalle) engage someone from an English CEGEP;  for  Vimont Laval convince a representative from the Catholic Church; for Mount Royal (if Pierre Arcand retires), bring in a representative from the Indigenous community. Could you just imagine all of these people sworn in as MNAs and sitting in  Quebec as Bill 21 continues to roll its way through the courts? An orthodox Jew wearing the same kippa that  would  ban him from doing so as a school teacher – ditto for a woman with a hijab. That would be ironic!

Suddenly, the Liberals would have an identity. These MNAs could then travel the province with Anglade  and “educate”   CAQ loyalists in the regions what a religious symbol means. Most of these electors are not exposed to these things. It is support by ignorance.

With all of the opposition parties, including the newly popular Conservatives, the best case scenario for the Liberals would be a minority CAQ government. In order to not get wiped off the map, Anglade needs to think outside of the box and this idea could put them back in the game.

As for the two new anglophone rights parties headed by Balarama Holness and Colin Standish, unless they merge the Liberals have absolutely nothing to fear as they will merely split the vote.