Having lived in Côte Saint-Luc for most of my life, I have always been very proud of our Public Library.

I  was very pleased when Mayor Mitchell Brownstein gave me the portfolio of Library and Culture. Working with Director Library Services 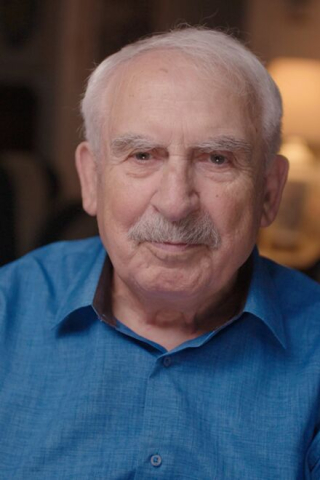 Janine West and her staff, one of my first objectives was to introduce  a local authors series. On January 26, to mark International Holocaust Remembrance Day (commemorated on January 27), we started off in a big way with the fascinating Pinchas Eliayahu Blitt. At 90 years young this proud Côte Saint-Luc resident became an author for the first time.

A Promise of Sweet Tea depicts a Jewish community coming alive in this vividly told story of a childhood interrupted by the Holocaust, Pinchas Blitt conjures Kortelisy — a humble, vibrant village in the backwoods of western Ukraine where he lived in fear of Cossacks and wolves and the local antisemitic children. Remarkably, he and his family spent two and a half years living in the woods. How he survived beyond his 10th birthday is nothing short than a miracle. It was published by the Azrieli Series of Holocaust Survivor Memoirs: Published Titles.

A Jewish community comes alive in this vividly told story of a childhood interrupted by the Holocaust.   When the Soviets invade, Pinchas’s life is infused with new meaning as he innocently devotes himself to the teachings of Comrade Stalin. Then the Nazis arrive, and Pinchas witnesses his beloved village being brutally attacked. As his family seeks safety in the marshes and forests, their precarious existence brings Pinchas face to face with his own mortality and faith, and with a sense of dislocation that will accompany him throughout his life.

For those who were not able to watch the live conversation between myself and Pinchas, you can view it  here. He is a remarkable man.

If you wish to listen to just the audio version, the link is here.

The book is now available for loan at the library, at bookstores and on Amazon.