For the past 16 years I have measured my life in elections. Wow, how quickly a four-year mandate comes and goes.

I was first elected in 2005 as the city councillor for District 2. Twice I faced opponents and three times I was acclaimed, most recently on October 1. A huge thanks to my father-in-law Reuben Spector, who has served as my campaign manager for all five elections. Without the support of my wife, daughter and mother-in-law none of this would have been possible.

When the COVID-19 pandemic hit in March 2020 and simply did not go away, I wondered how we would even manage to hold an election.  But life has gone on with new precautions. I personally started my re-election efforts in the summer of 2020 when I decided to walk the entire district at least five days a week with business cards and a pen and paper in hand. This included regular stops at the well-utilized Rembrandt Park and engaging in dialogue with every person I met, be it someone walking by or sitting on their balcony. I took note of potholes, damaged sidewalks, lights that did not work and speeding vehicles. 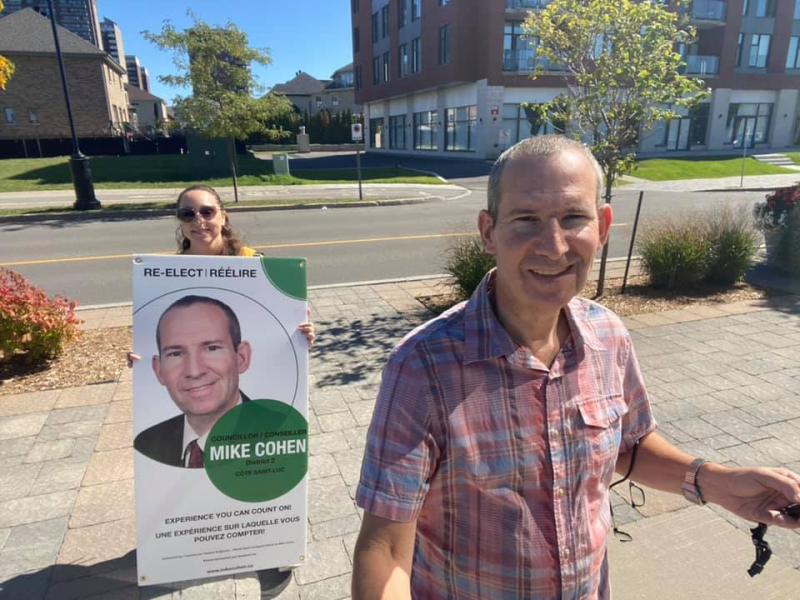 My opponent from 2017, Melodie Cohn, supported my re-election bid.

I also turned to Zoom, creating my own District Advisory Council with reps from all buildings and streets. It proved to be an excellent exchange of information. I write this blog, host a podcast and have multiple Facebook pages.

Council meetings and committees moved to Zoom and while we will go back in public soon, Mayor Mitchell Brownstein and our council led the way in COVID-19 safeguards. Our online meetings resulted in more citizens following our activities.

I formally launched my 2021 re-election campaign last June, with a committee in place. While I stepped up my walkabouts, door to door began after Labour Day with visits to homes and some meet and greets at apartment and condo buildings.  The message was loud and clear: please do not come walking down our hallways during a pandemic.

It has  been my adage that a city councillor should always be in election mode, responding to every inquiry regardless of when the next vote may be. When I got calls at midnight on a freezing winter night that a new high rise had its generator making so much noise people could not sleep I got dressed, drove over and recorded a YouTube video. That was sent to the building owners and our inspectors at City Hall. Action was taken.

I am honoured to have been acclaimed again this year. It is my sincere hope that the efforts I make during my 48 months in office contribute to that. 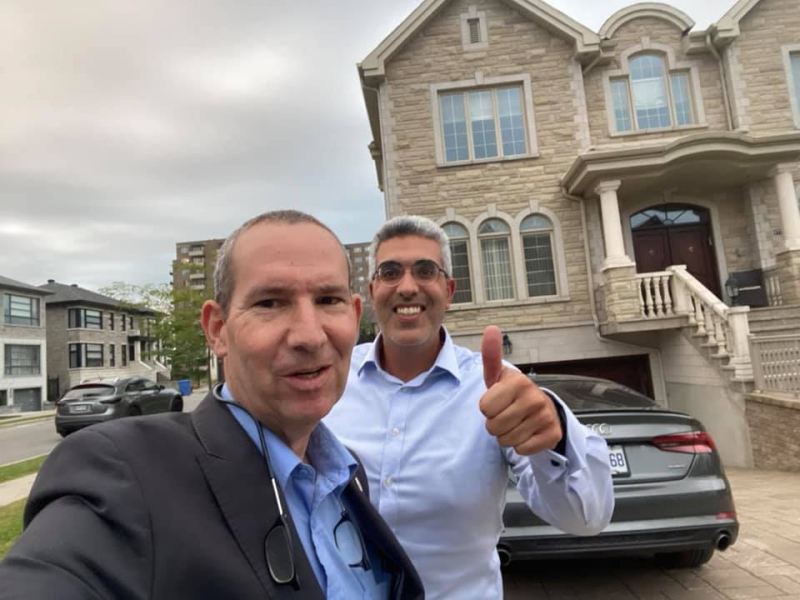 Chatting with constituents like prominent oncologist Dr. Nathanial Bouganim, make my walkabouts that much more pleasant

This election campaign began in September 2020 when Councillor David Tordjman met a Global TV reporter at a park and announced he would run for Mayor. Incumbent Mayor Brownstein waited a full year, until September 17, 2021, to declare his re-election plans.

There were races for mayor and in seven out of eight districts. Tordjman had a team of five candidates. One dropped out two weeks before the vote. That meant Councillor Steven Erdelyi was acclaimed in District 4, he too having now served for 16 years.

You can see the results here

Returned to office was Mayor Brownstein and Councillors Oren Sebag, Dida Berku, Mitch Kujavsky, Sidney Benizri, as well as myself and Erdelyi.  Our two newcomers are Lior Azerad and Andee Shuster.

Congratulations to all of the candidates. Some people wonder why candidates get acclaimed. Ask anyone who runs for public office. This is no simple task. You must be able to finance your campaign to print posters and literature; open a  bank account; get the posters affixed to poles; go door to door at least five days a week, followed by hours at home reviewing your lists; volunteers need to be enlisted to accompany you; after the campaign detailed financial reports need to be filed; and on advance poll and election day, you are on the clock for a good 16 hours. 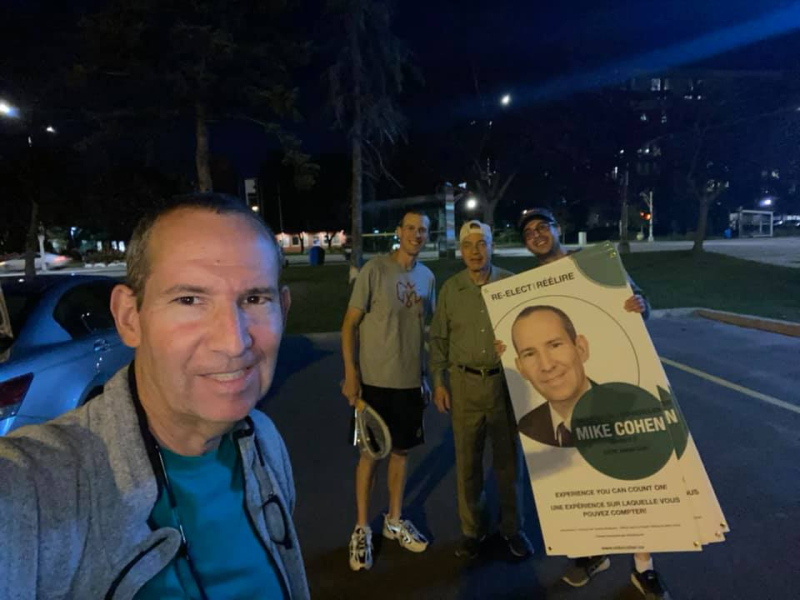 You need a good team to get those posters up.

If you get elected, being a councillor is no easy task. The phone calls and emails roll in non-stop. There are multiple meetings and commitments to attend. You are a moving target for complaints wherever you go and in this day in age, there is consistent abuse via social media. Family time is constantly disrupted. It is all enough for some people to say, “this is not for me.”

I have been a community activist all  ofmy life and I am proud to serve in this position. Indeed, I take pride knowing how many initiatives I have been able to push through these past 16 years,.

The next mandate will be busy, starting with proposals to redevelop our three major malls – Quartier Cavendish, Decarie Square and the Côte St. Luc Shopping Centre. There is major work coming from Hydro Québec and much more. Our online portals will this easier to communicate, especially in the cold winter and for Snowbirds who can remain in the loop.

The first meeting of our new council will take place next Monday night, November 15 at 8 pm. Stay tuned to www.cotesaintluc.org for the live YouTube link.

You do an amazing job Mike! District 2 appreciates your dedication and hard work!

Mike, congratulations on being acclaimed as a CSL Councillor. Your hard work and devotion have certainly paid off.
May you continue to work diligently on behalf of your constituents. Enjoy the journey.
Best regards, Rhoda Vineberg

Way to go Mike. You are a shining example to future elected officials of what it takes to do this job seriously. You are a spectacular district councillor.