The community is mourning the passing of Miriam Lang, the longtime first lady of Côte Saint-Luc. Her late husband, Bernard Lang, served Côte Saint-Luc as mayor and a member of city council for 35 years. He passed away in 2014. The couple were married for 65 years.

In her own right, Miriam Lang was an active figure in our community. I first met her when I was a toddler. My parents sent me to the Davis YM-YWHA Nursery School on Kellert Avenue, where Hebrew Academy is presently located. Miriam Lang was the director and de facto Principal. Growing up I was a frequent visitor to that locale. She also ran the Laval branch for many years. 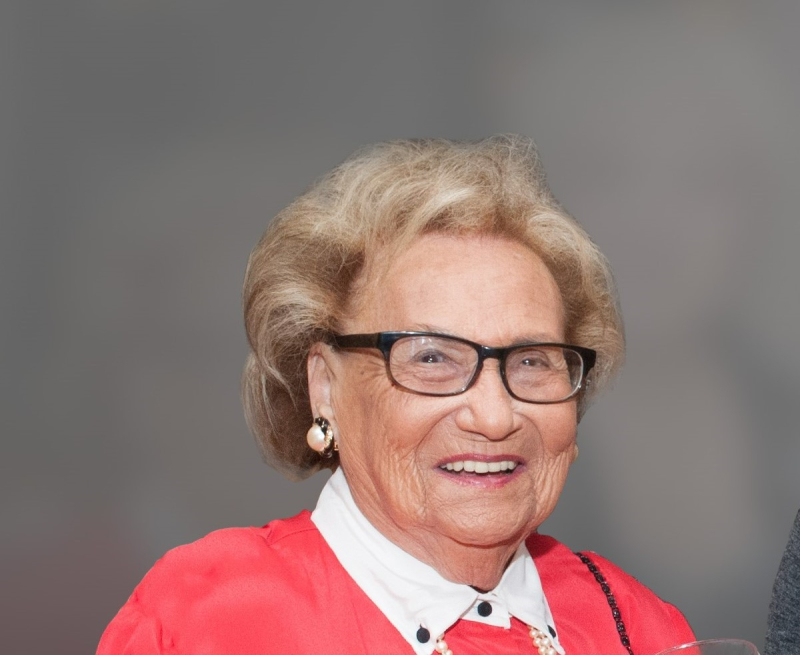 Miriam was a true first lady, just as Elaine Brownstein is to Mayor Mitchell Brownstein today. Miriam attended all events and got involved in many dossiers and projects. She was instrumental in the establishment of our most lauded  CSL Public Library.

Sixteen years ago, at the age of 80, Mayor Lang attempted a comeback and challenged Anthony Housefather for the top job. He was defeated and while Miriam told me privately she was not thrilled with her husband’s decision she backed him nonetheless.

Miriam and Bernard became grandparents for the first and only time late in life when Dylan came into their lives, the son of Harvey. They forged an extraordinarily close relationship with this young man. Miriam was also the mother and mother-in-law of David Lang and Molly Hilsenrath and the late Barbara Asselin.

“Miriam was a great community activist and mentor for me when I was a very young city Councillor,” commented Mayor Brownstein. “ She had a great love for the City of Côte Saint Luc with a special place in her heart for the Library. She was a wonderful first lady, always there to support Mayor Lang in everything he did. She will be dearly missed.”

“Miriam was a powerful advocate for all aspects of community life in Cote Saint-Luc over many, many years,” added former Councillor Glenn J Nashen. “She was a stalwart supporter of Mayor Lang helping to move plans forward.”

Susan Puritz of Canadian Magen David Adom for Israel had this to say: “I first met her in 1984 when she was Director of the Laval branch of the YM-YWHA and I was secretary to the Executive Director. Miriam may have been short in stature, but she was a fierce advocate for all things relating to the Y. I re-connected with Miriam in 2010 when I accepted a position at CMDA. Although many years had intervened, Miriam was still a force to be reckoned with. As a past president and member of the board, Miriam had very strong ideas and did not hesitate to let her views be known. I had great respect for her and I will miss her and our many conversations. I am glad that I did get to speak with her this past Friday."

My City Council colleague Sidney Benizri is the national executive director of CMDA. Miriam first joined the organization in 1991 and became the first woman on their board of directors. She served two terms as president and was a co-editor of the 40th anniversary tribute book which just came out last year. “Researching the 40th Anniversary book, she had great appreciation of those who were instrumental in establishing CMDA – their visions, courage and dedication to make CMDA a reality and an important part of Magen David Adom Israel,” a passage in the book itself states. “She was very involved in all aspects of CMDA – fundraising events, chapters, presentations and more. Her primary goal was to make CMDA a truly national charity represented across Canada by promoting the creation of new chapters in every major city. Her efforts also included expanding the organization’s marketing, membership and fundraising.”