Much used pathway has been repaved

When  I started my re-election campaign last summer, a number of people who regularly use the pathway from the end of Rembrandt Avenue to Cavendish Boulevard asked if it could be repaved.

I met with Gordon Aizer and Chris Wild from the Villas Merrimac Condominium Association in August and we took a proper walk through. There were a number of potholes. Rembrandt Avenue resident Meyer Freed also called, concerned about the water buildup in those sections when it rained. 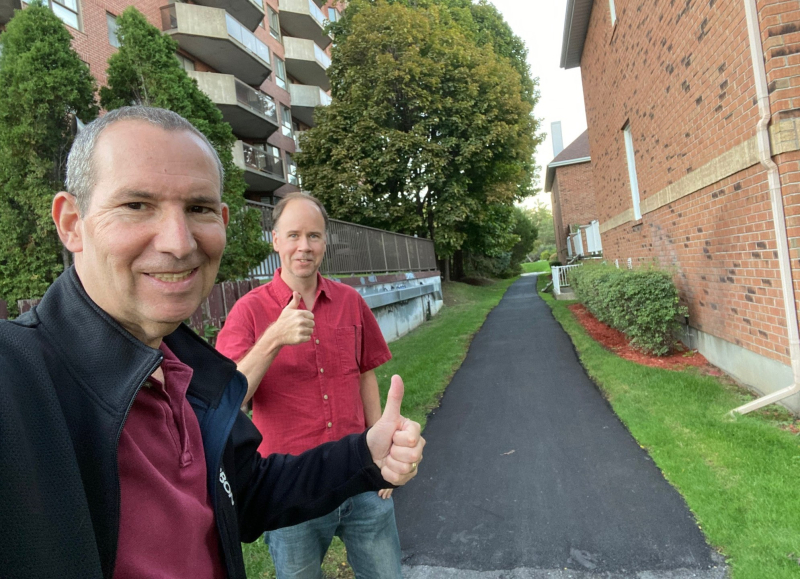 Chris Wild and I check out the repaved pathway.

I consulted with our Public Works Department. Given the fact this is late in the season,  they promised to look at some patch up work. I stressed the importance of making this as walkable as possible and they found a way to repave virtually the entire strip. Thanks to Operations Head John Monteiro and his entire team!