The new basketball courts at Rembrandt Park are now in operation

I am thrilled and proud to announce that the brand new refurbished basketball courts at Rembrandt Park are now open for business.

I was at the park today when the crew did all the final touches. The surface for the main court was completely redone. It was a safety hazard in the past. The blue, red  and white painted surface has been well received. So have  the benches. All we needed was the poles and the basketball nets. The first youngsters to shoot some hoops were  Raphael Shahraobani, Daniel Ohayon and Nathan Ohana. 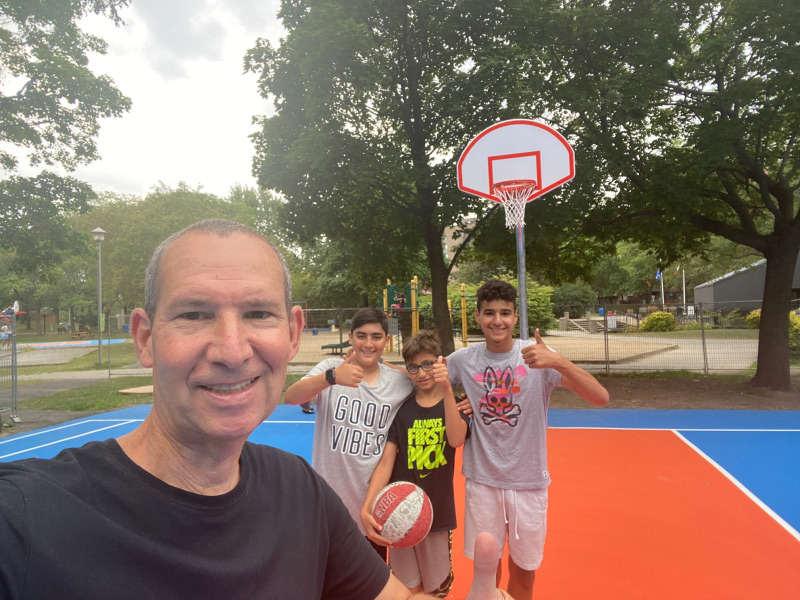 Raphael, Daniel and Nathan get set to give the new courts a whirl.

And now for something completely new. Over the past few months Mayor Mitchell Brownstein and I worked closely with local basketball experts - Alex Fyon and Kevin Fuks from JHoops, Matt Starr from JPPS-Bialik and one of my youth advisors, Shai Troy. Now 18, Shai has been playing on these courts for year. Alex and Kevin felt very strongly that a smaller half court was necessary for the younger children. We have delivered that too. Another one of my constituents, Yane Arama and his son, Nathaniel 6,  headed to the half court. Nathaniel sunk a basket on his third try. The hoop is lower and this half court will be reserved for kids 12 and under. 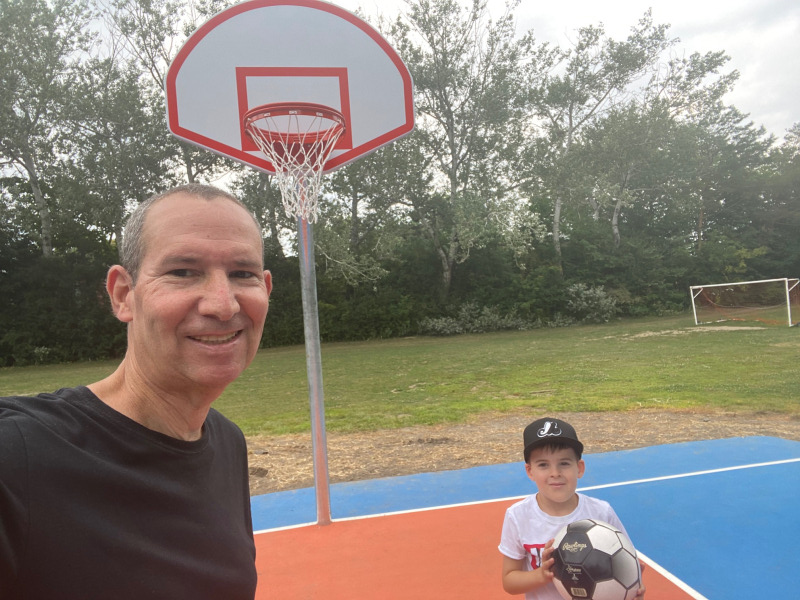 Nathaniel initiates the kids half court.

I want to give a huge thanks to Dalia Mohamed, the engineer on this project. She worked tirelessly for the past year and when the half court proposal came to her at the eleventh hour she made it happen. Also to Parks and Recreation Director Cornelia Ziga and veteran manager Ryan Nemeroff, who played  an equally crucial role. Anthony Sulpizio, the newest member of the P & R staff, has been involved in recent weeks. As well, hats off to our always accommodating  Public Works Department provided great assistance as  well.

We had to wait a little longer than expected due to certain equipment being on back order. But it is still early August and plenty of months ahead to enjoy the courts. New lighting for the courts is also on the way,

I am hoping to organize something more formal to launch the refurbished courts, a project years in the making.