Establishing a Dog Owners Committee was a proud achievement of mine

During the last election campaign, as the city councillor responsible for Animal Protection, I promised to create a dedicated Dog Owners Commmittee. Prior to that I had already established an advisory committee on our Dog Runs headed by Abe Haim.

The election was in November 2017 and at the beginning of the following January I held the first Dog Owners Committee. Jonathan Goldman and Anna Katz stepped forward as co-chairs and many others came on board as well. Community activist and Côte St. Luc Families Facebook page moderator Tamar Hertz even volunteered to serve as our non-dog owner advisor, which proved to be very helpful.

One of the first things we did was talk about having dogs on leashes allowed in parks. A bylaw was adopted and this has worked out well. Dog owners have been very responsible. 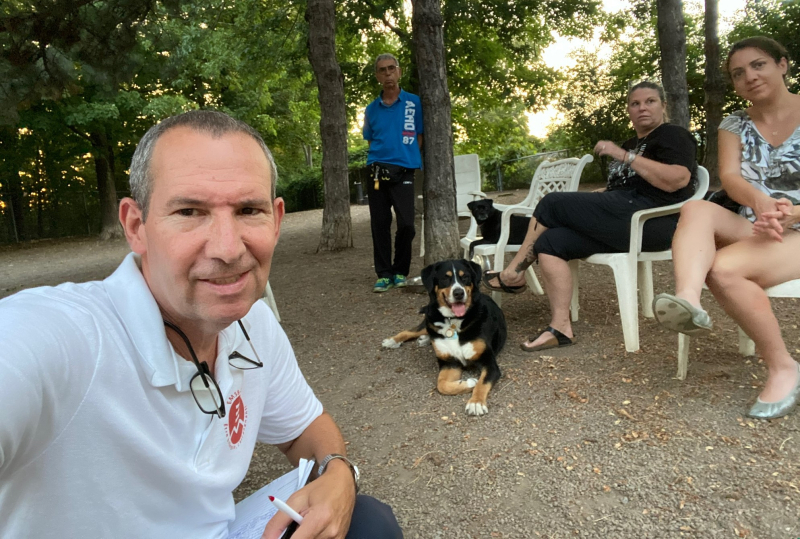 Even the dogs were invited to this meeting.

While the committee was meeting regularly at City Hall and the Aquatic and Community Centre before the pandemic, we shifted a lot to Zoom the past 18 months. On August 18 we convened at the Mackle Road Dog Run. It was nice to chat as the dogs ran about. Councillor David Tordjman was also on hand.   This is a great space, with a specific fenced off section for smaller dogs. Many people come there each day. They have become friends; the same thing for most of the dogs. Regrettably, there have been some individuals who have shown up with vicious dogs. If these canines get aggressive, we ask them politely to leave. There have been some incidents where smaller dogs were attacked. Although rare, this does occur. The best recourse is to call Public Security or go to the Police Station on Westminster and file a report.

We also have a Dog Run on Côte St. Luc Road next to Richard Schwartz Park. 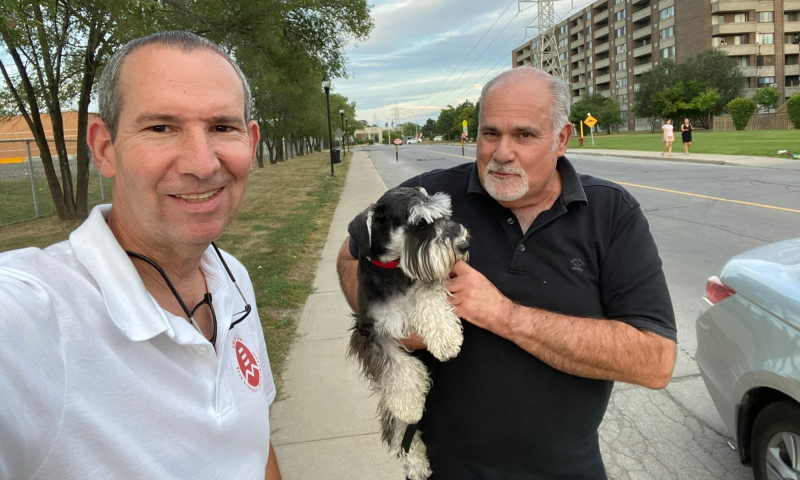 Maurice Tietolman and his dog Henry are among the newest residents to my District 2.

Dog owners are very passionate and I heard a lot of very good ideas. Jonathan’s wife Sivan Rehan agreed to chair our District Information Network. Sivan will assemble reps from our eight electoral districts to serve as eyes and ears regarding canine activity as well as ambassadors to advise dog owners they meet about our Facebook page, the dog runs etc.

We hope to arrange our next meeting with Public Security to discuss some issues. Thanks to all of our dog owners for picking up after our pets and keeping our community clean!