The Monarch Butterfly is a pollinator and vital contributor to our ecosystem’s health and survival. However, the  population has plummeted in recent years by more than 80 percent and  they depend  upon milkweed in order to lay their eggs and feed the larvae.

With their breeding habitat on the decline, the David Suzuki Foundation is spearheading an initiative to help restore the Monarch Butterfly’s habitat by educating the public to its importance and by encouraging the planting of milkweed. They are doing this by encouraging mayors of North American cities to adopt the Mayor’s pledge and to become a “Butterfly-Friendly City.”.  To date over 340 mayors across North America have done so. 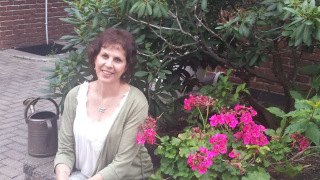 Last September, the City of Côte Saint-Luc became the 75th city in Quebec to be certified as a Butterfly-Friendly City. The request to be part of the David Suzuki Foundation initiative to save the Monarch Butterfly and its habitat came from District  2 resident Myra Shuster,  who had brought the matter   to my attention. I submited the application,  committing to the city to follow through with at least 15 action items out of 24 possiblities earning us a silver designation.

A huge thanks to Director of Library Services Janine West, who called me the moment she heard about this initiative. She and Myra had previously worked together, so it was a perfect match. Janine and Myra have already formed a committee and set up shop in Ashkelon Gardens behind the library. Janine has also added a pedagogical component to the program, with events like Monarch Butterfly Storytime for kids three and up.

Bravo to Janine, Myra and their team for all the hard work. As a city councillor it is so nice to have constituents like Myra who want to go that extra mile!

THANK YOU SO MUCH FOR WHAT YOU ARE DOING !!!!

What an important local hands-on environmental initiative! The community action and sustainability learning opportunities are so valuable too.
Kudos to Myra for spearheading the Monarch's project and to Mike and Janine for making this happen!

Dear Myra, if these words reach you, please know that your words lasted a full life, hidden to resurface when needed...

Congratulations of all your accomplishments!

oups... FOR all your accomplishments (sorry!)