Just a couple of weeks ago I was contacted by a constituent on Rembrandt Avenue. Her husband is an amputee in a wheelchair. She told me that there is a problem leading into  park as the unipave bricks are not even and they had a difficulty getting from the sidewalk into the park and leaving.

Before...
Compounding issues, the wife just had hip surgery so she is using a walker so managing the bumpy bricks was beyond problematic.  She asked if our  Public Works team could smooth out the bricks. "Because of the wheelchair we can't use our balcony, so going to the park is our outing for fresh air," she said. 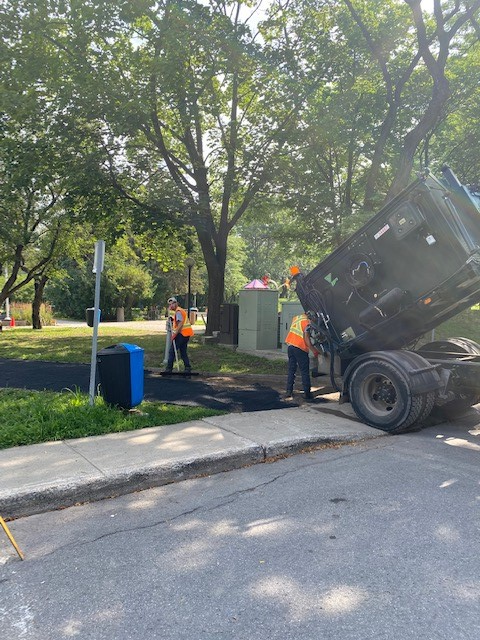 
I want to thank our Public Works team for immediately assessing the situation. It was determined that the problematic path be adjusted with new asphalt as there would be too many bricks to replace. Today they completed the work. Bravo!