When the  6700 Avenue residential apartment building was constructed as part of the redevelopment of the  Quartier Cavendish area, the original zoning allowed for commercial space to be rented on the ground floor.

The Mayor and City Council have dreamed from the start for The Avenue to become Côte Saint-Luc’s version of Monkland Avenue in NDG. Regrettably, on the Quartier Cavendish side, both Yeh Yogurt and a café were unable to make a go of it. 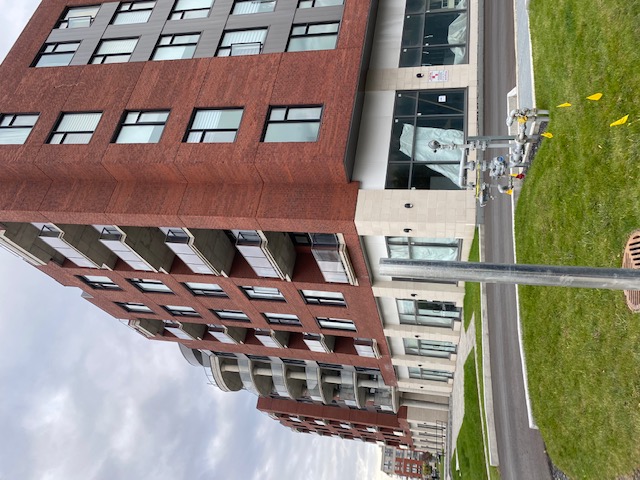 Ownership of 6700 Avenue changed hands in the last two years. The new company in charge did an extraordinary job beautifying the entire property and they made it clear to me that their preference is to convert the ground floor to strictly residential. I for one support them with this request, but with a major redevelopment of Quartier Cavendish on the horizon the Mayor and Council want to keep the dream of a Monkland Avenue alive.

In order to assist the new owners, Council has started the process to allow them to widen their search for commercial tenants. On Wednesday June 24 we launched  a 15 day write-in consultation period.  ¨Property owners living in the immediate area (The Avenue, Park Place and Jubilee and part of Cavendish) of the building can send in their comments to consultation@cotesaintluc.org.

Last week I held a virtual information meeting about the proposal. Our Urban Planning Coordinator Melanie Rothpan and Sylvain Gariepy, a consultant on the project, were available to explain the changes and respond to questions.

The following uses are prohibited: childcare services in a nursery, day-care facility or a kindergarten as well as   pet shops and  veterinary clinics. What would be allowed? Offices of professionals, medical clinics, fabric stores, coffee shops, convenience stores and pharmacies. The latter is not necessary when we already have one of the best pharmacies in the city thanks to David Banon and Sarah Ettedgui at Pharmaprix.  Harvey and Michael Wolfe, co-owners of Quartier Cavendish as well as André Doudak representing 6700 Avenue were part of the virtual meeting.

Harvey Wolfe expressed concern about the wider allowable use being proposed for the building. He noted that the Quartier Cavendish, despite the fact it was downsized, continues to carry a high vacancy rate and he is not pleased with 6700 Avenue being able to expand its use of the ground floor. Both he and Doudak concurred that the residential option is preferable.

Mayor Mitchell Brownstein joined the meeting. He told Wolfe that the Quartier Cavendish will indeed have the ear of Council when it proposes a large-scale mixed use redevelopment with residential and commercial space. That process is expected to begin within the next eight months and also involve Decarie Square and the Côte St. Luc Shopping Centre. Wolfe reminded everyone that Quartier Cavendish originally held the option to lease space at 6700 Avenue.

Wolfe  gave a fascinating history of how the original Cavendish Mall came to be in 1973 and the challenges it has faced the past five decades.

A final vote will take place on August 9.

Although I don't live there anymore, I would not recommend any food related commercial business. The building is located on old swamp land, and would be a welcome site for infestation coming up through the garage levels. The residential floors above are high quality, including the gym and indoor pool. A pharmacy might have difficulty considering the expansion of client base of Pharmaprix since their amalgamation with Caldwell.