Only days after I moved a resolution for Côte Saint-Luc City Council to support mail-in ballots for the November 7, 2021 municipal elections, the Quebec government did introduce legislation that definitely goes in the right direction,

Municipal Affairs Minister Andrée Laforest tabled Bill 85, which expands the list of people eligible to vote by mail and gives Quebec’s chief electoral officer more leeway to adapt the process to the new reality. As reported in The Gazette by Phil Authier,  Bill 85 proposes to add to the list of people eligible to vote by correspondence. Under the current law, the only people who can vote by mail are those who have temporarily left their home base to work or study elsewhere, or who live in CHSLDs, physical rehabilitation centres or hospitals. Under the new bill, the list would include people living in private seniors’ residences, those unable to move because of health reasons and their caregivers, and people who have to self-isolate because of COVID-19 under public health regulations. The bill also allows the chief electoral officer the option of adding polling days and days for advance polls, and allows them to pick larger voting locations to allow for social distancing and to adjust polling stations’ hours in order to avoid crowds. 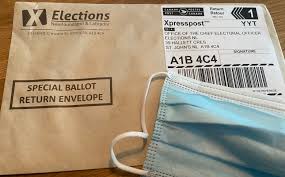 Let's be honest here.  Who would have thought nearly one year ago when the pandemic changed our lives forever that we would still be dealing with this virus. Sure, Prime Minister Justin Trudeau promises us that everyone will be vaccinated by the end of  September. That could very well change to the end of December and impact election turnout significantly.

Bill 85 needs to be expanded in order to allow anyone who requests the right to vote by mail to do so.

Look no further than what is happening now in Newfoundland and Labrador where election officials have cancelled in-person voting a day before many polling stations were set to open, in response to an alarming rise of COVID-19 cases in the province. Elections Newfoundland and Labrador said Friday evening that the provincial election will now shift entirely to mail-in voting, with ballots being accepted until March 1. Voters have until Monday at 8 p.m. to apply for voting packages, according to a statement from chief electoral officer Bruce Chaulk, extending a deadline originally set for Saturday night.

With all of the new variants surfacing, who is to say that the vaccines will even be completely effective. There has already been talk that we might require an annual COVID-19 vaccine booster shot.

The Quebec government has a chance now to avoid having to enact last minute changes to voting like Newfoundland and ensure that everyone has access to vote by mail next November. It is the prudent measure to take!

I have shared these comments with our D'Arcy McGee Liberal MNA David Birnbaum and I hope he can make the point as Bill 85 will only be adopted in the spring.

See this article in La Presse, where Councillors Marvin Rotrand and Lionel Perez agree it does not go far enough. The president of the Union of Quebec Municipalities, Suzanne Roy, needs to speak out louder and not give the government any excuses. 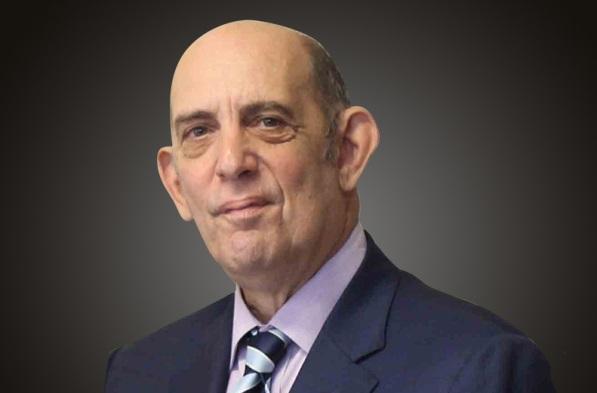 Councillor Rotrand has written this letter to  the Premier. Bravo Marvin!

I am writing to you on behalf of many colleagues to ask for your personal intervention to assure the health and safety of Quebecers for this autumn’s municipal elections.

You are undoubtedly aware of the dire situation in Newfoundland and Labrador that caused the Chief Electoral Officer to abruptly cancel the provincial election 12 hours before polls were to open.

Elections Newfoundland and Labrador feared that the risk of a spread of a variant of COVID was so high that it cancelled all in person voting, and decreed that the election would operate via voting by mail only with ballots to be returned by March 1.

However, that province does not have a legislative framework to cover an election only by mail and already there are serious concerns from the candidates as to how the process will work. The lack of preparedness may comprmise the results.

Recently your Government introduced Bill 85. Rather than allowing voting by mail for all voters, the bill proposes to allow it as an option for those residing in CHLSDs, other private seniors' residents, some health care workers and those who must quarantine because they have COVID - in other words a truly tiny percentage of the entire population.

It is truly optimistic to think COVID will be totally banished by November. The possibility that vaccinations proceed more slowly than anticipated and of new variants that complicate the public health response are real.

Moreover, a lack of public confidence in voting in person even after a successful effort to vaccinate could depress turnout in the municipal elections.

While voting by mail is proven to increase voter participation, I believe your intervention should be on the basis of prudence - that Quebec be ready for any eventuality and that a voting by mail be available to Quebecers that would provide a safe way to cast votes. Preparing now for voting by mail would be an insurance policy against an unanticipated future wave of COVID.

Voting by mail has increased everywhere in the past years as it has proven not only safe but secure as well- except Quebec. In the United States we saw a record turnout in the November 2020 elections largely due to voting by mail. We saw the same in the British Columbia election last October and now Newfoundland will reschedule its vote and have it only by mail.

Five Canadian provinces allow municipalities to decide on their own whether to allow voting by mail. Five United States jurisdictions allow only voting by mail and have done so since 2020.

Montreal Council has twice expressed its openness to voting by mail and in the circumstances of a pandemic that lingers and has caused never before seen hardships for the population, it is time to have a second look at Bill 85.

I urge you to consult the Directeur General des Elections du Quebec and the leaders of the opposition parties. I believe Quebecers will agree that the prudent measure is to enlarge voting by mail for the November 7 municipal elections. In Laval City Councillor David De Cotis has a resolution  set to go before the next meeting.

The link is below.