There has been no shortage of snow in recent weeks and that means a lot of activity in our snow dump on Marc Chagall Avenue.

I want to thank our Public Works team, notably Director Beatrice Newman and  Manager of Operations John Monteiro for taking numerous actions to try and curtail noise from the snow dump. 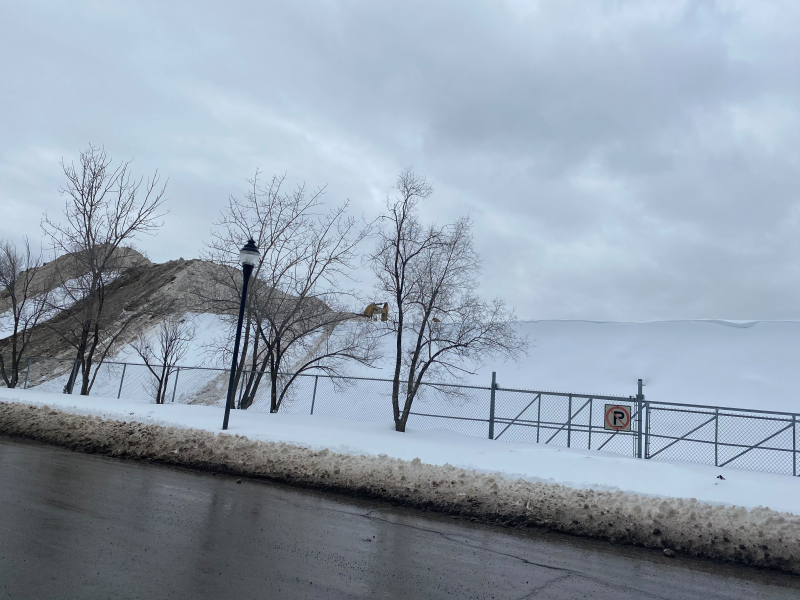 Over the last two years we have implemented several changes to reduce the noise emanating from the snow dump:

While the complaints are minimal, I have always been of the opinion that if even one person is disturbed then I would take action. I gathered a few of the concerned individuals with Ms. Newman, Mr. Monteiro and Mayor Mitchell Brownstein.

“This is a snow dump,” Ms. Newman began.  “Although we try to reduce the noise, it doesn’t always happen: big trucks, 10 tons of snow in each truck and pushing tons of snow uphill with a bulldozer.”

The tailgate noise may occur, but it’s important to remember that this level of noise has dramatically dropped

"There are large signs posted at the entrance/exit to the snow dump advising truckers that banging the rear truck gate is strictly prohibited. These signs did not exist in the past." I think that truck driver need to watch those signs