During an unprecedented pandemic you have to take small victories where you can.  The season that normally starts in May began in July with lots of concerns on how to avoid issues with COVID-19.  In conjunction with the Côte Saint-Luc Parks and Recreation Department and the League Executive,   the CSL Executive League began an 18 game regular season, adhering to Baseball Québec rules on social distancing in the dugout and both teams supplying their own softballs, with hand sanitizer in both dugouts and pitchers wiping down the ball between innings we managed a full season without any issues.

Eight teams, with 12 players per squad,  began playing softball outdoors and it was much needed for out 96 players mental health, competitive spirits and morale during these tough times, notes Steven White. 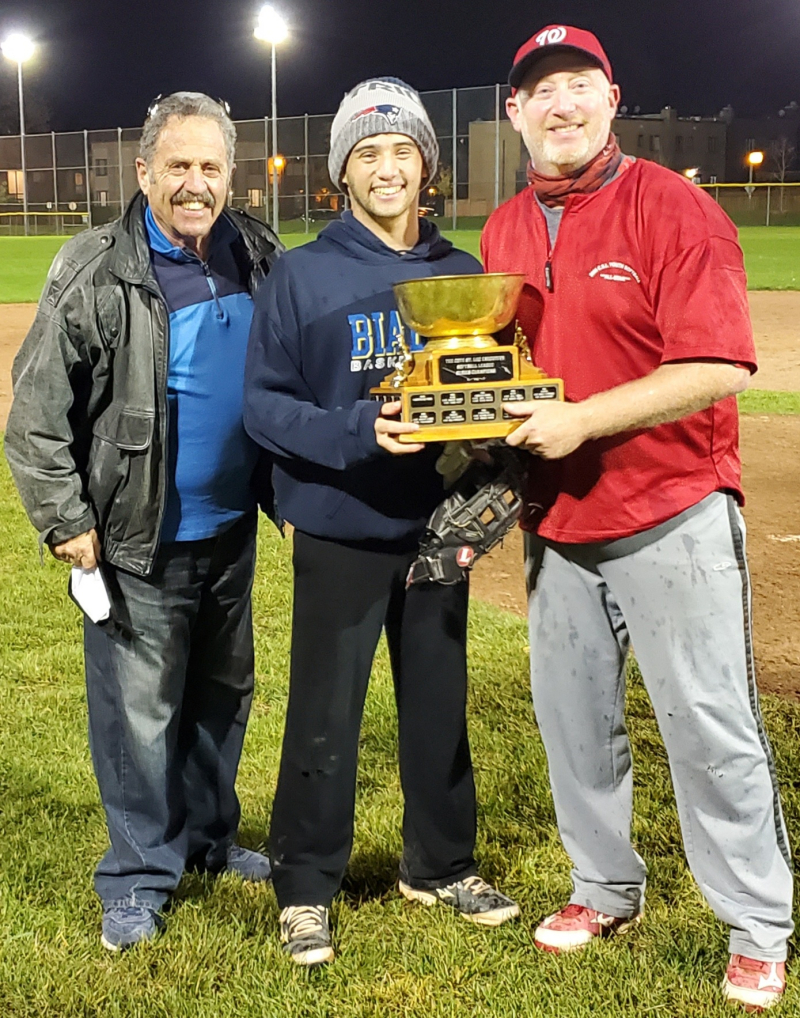 Father and grandfather Michael White 79 (there to cheer on his champion son and grandson), grandson and son Coby White   and son and father Steven White 53 holding the 2020 CSL Executive softball championship trophy.

In the end, the third seeded team, LCU captained by Jonathan Epstein, Brad Fiederer and Jared Blumenthal won it all with a playoff record of 8-3. The remainder of the roster is composed of: White,  Tony Ricci, Mitch Kujavsky,  Jesse Kalb, Brian Blumer, Doug Greenblatt,Lior Benzur and rookies Coby White and Jordan Benzur

LCU beat the number six seeded team “the Bus” captained by Brian Hirsh and Dr. Jon Young in a best of  three quarter finals after dropping the first game of the series. LCU then faced the number five  seeded Mother Truckers captained by Ryan Maislin and Kamil Rose in a quarter finals best out of five  series.  LCU again dropped the first game of the series but reeled off three straight wins to set up a best of fiv efinals match-up versus the number two seeded Blue Berryhills captained by Mike Yarin and Elan Gelbart that had not lost a game in the playffs to date.

LCU and the Blue Berryhills first two games of the finals both went to 11 innings with LCU winning game one and the Berryhills winning game two.  The pivotal game three was won 7-5 by LCU with CSL City Councillor Mitch Kujavsky’s bat coming alive with three big hits, including a double and triple.

Game four  was the series clincher and the only blow-out of the series with LCU  winning the Championship game 12-4. 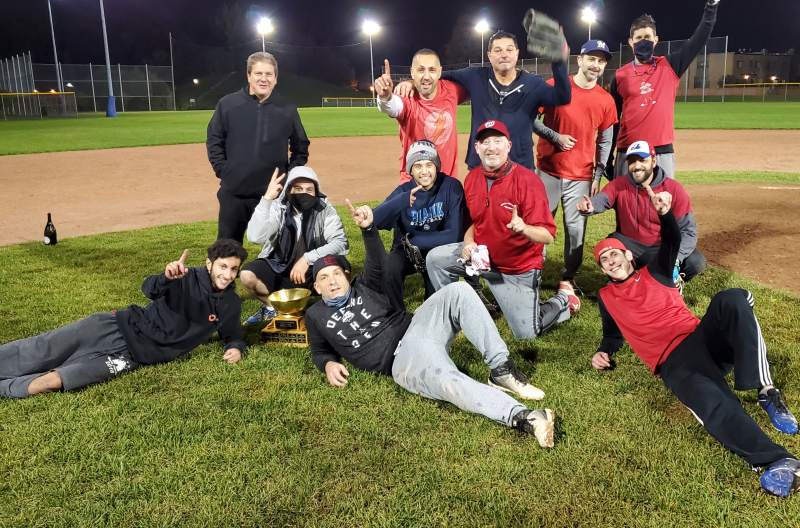 Captains Epstein, Fiederer and Blumenthal drafted two Fathers and sons. Pitcher Steven White age 53, (play-off MVP) playing with his infielder son Coby White age 18 and outfielder Lior Benzur age 49 playing with outfielder son Jordan age 19.  What a thrill for Fathers and sons to win a championship together during such a tumultuous year.  Ricci was a playoff star with both his bat and his stellar defense at second base.  Jared Blumenthall paced LCU with his team leading .538 play-off batting average and his three homeruns  . Captains Epstein and Fiederer showcased their League experience with all the right calls and paced this group of men after 29 games, (18 regular season games and 11 play-off games), to a league championship!

Congratulations LCU team! ...and Mr. Playoff MVP Steven White! Who was thrilled to have his son Coby play with him this year.

So proud of my son Steven and Grandson Coby
Congratulations