David Banon and Sarah Ettedgui are closing their Pharmaprix store at the Caldwell Shopping Centre on October 14 and centralizing all operations at their much larger location at Quartier Cavendish.

“The lease is up,” David told me. “There were renovations planned,   but nothing was ever confirmed with the landlord and given that we always look for long term commitments and the importance of our business staying opened year round,  we had to shift operations.”

David recognizes the fact this news has been quite shocking to customers who have been going there for decades, from the time the late Howard Smith was the owner-pharmacist. Caldwell has a special appeal, notably because of its two stalwart technicians Thomas Virta and Sheila Cohen. They have an encyclopedic knowledge of every client and go the extra mile when it comes to contacting doctors for  prescription renewals and pharmaceutical distributors to get certain products. 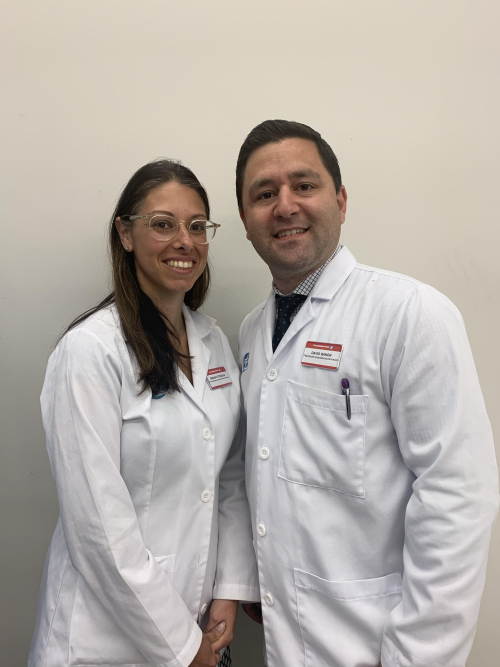 “ I want to reassure you that we are taking the move and the interests of our clients very much to heart and as such all our Caldwell staff are absolutely staying on and are invested in making the transition as smooth as possible,” said David. “There will be the same telephone and fax number and when the line is answered it will be with the familiar voice of Sheila or Thomas! They will have their own mini pharmacy set up in the back of our current lab at Cavendish where they can call patients and even automatically renew their medications.”

Whereas Caldwell was open weekdays until 6 pm, customers will now have access to store open seven days a week until 10 pm. David and Sarah, his wife and business partner, have hired a registered nurse so that many new services can be offered A list of her services was posted online on their website. "And as of this year, we will start a flu vaccination clinic beginning the end of October,  where pharmacists will vaccinate our clients," David said "Clients will be able to take appointments online."

What is the future of the Caldwell strip mall? There was once a bakery and that storefront has remained vacant for the better part of a decade. I would love to see Caldwell Provisions take over the Pharmaprix spot and double in size!

On the eve of Yom Kippur I repeat something everyone has heard  many times since last March: be careful! There are new limitations to public gatherings. Please abide by them.

COVID-19 is not going away anytime soon. We had a brief reprieve over the summer when too many people let their guards down, but now we are entering a second wave.

I do not think that Mayor Mitchell Brownstein, our seven members of council and our staff ever imagined a mandate like this. It has been a challenge  and that is for certain, but I think as elected officials we have handled this pandemic responsibly.

First let me underline the incredible leadership shown by our senior management trio of Tanya Abramovitch, Jonathan Shecter and Nadia Di Furia. They have been ahead of the game every step of the way. Our teams in Finance, Urban Development/Engineering, Public Works, Purchasing, Communications, IT, the Library, City Clerk’s Office,  Parks and Recreation and Public Safety have done an incredible job. I could not be more proud.

Look at our Men’s Club. This is a group which lives for personal gatherings, but since last spring they have embraced the Zoom video platform and opened up an entire new world. This brings me to my next subject. Out of respect for social distancing measures and in order to discourage seniors and others coming to public gatherings, all of our city council and committee meetings have been held via Zoom since March. And you know what? It works beautifully. In fact, over the past seven months our number of meetings have more than doubled!

Until there is a vaccine, bringing eight elected officials, staff and the public into a hardly spacious council chamber would be a very bad idea. Just look at the recent spate of COVID-19 positive cases for politicians: the leaders of the Bloc Québecois and the Conservative Party of Canada. Our own Councillor David Tordjman was at an event for the latter. He said he stayed for less than a half hour, wore a mask at all times and made sure to clean his hands any time he touched something. Nonetheless he got COVID as well.  Please see this story. 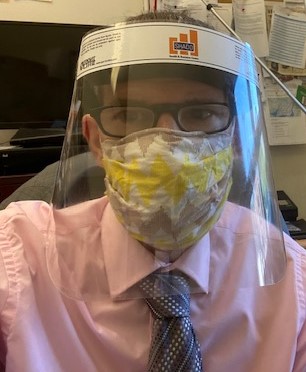 This is how I dress to go to work now!

There are a number of hot button issues coming up on our agenda. We broadcast our public meetings live now on YouTube, via Zoom, and as Larry David would say, attendance  is “pretty..;pretty..pretty good.” People can ask questions in the comments section or send them in advance.

I shudder to think of how we would be functioning if this pandemic had occurred in say 1987?

I have spent the past few months walking my District 2 on foot several days a week and talking to constituents from a distance.  My district meetings have successfully moved to Zoom and I am happy to say work is getting done at a good pace.

We all want this to be over, but now we must brace ourselves for a rough fall and winter.  Get your flu shot! One can only pray that by spring that elusive vaccine will arrive.

New hours for "by appointment only" testing clinics

Following many months of work, I held my first District 2 Advisory Council meeting on August 3. These type of meetings will be held a few times a year, initially via Zoom. The goal is to have one contact per condo/apartment building/street who can share with me issues of concern to their residents. I will also provide updates and engage in some “focus group” discussions.

Thank you David Haltrecht for this screenshot.

The Ashkelon Woodlands behind City Hall has been a major project.

In 2019 the city felled about 700 diseased trees. We planted about 30 new ones this year and several hundred in 2019. By the end of September all stems of buckthorn will be removed and all trees and bushes planted. This means that our objectives have been met. That was to fell all dead and sick trees, remove all invasive species of plants like buckthorn and poison ivy and finally plant several hundred trees and indigenous bushes .We are looking forward to providing our future generations with the woodlands they deserve and hope that they will appreciate the diversity that was planted. Some future potential projects in the woodlands might include a pathway or boardwalk Can residents now walk through the woodlands without damaging vegetation? Yes, in certain areas but it would be difficult to walk across and within because there are many stumps of various sizes. Walking along the perimeter is fine.

Isadore Goldberg Park received some major TLC. It is too bad former Councillor Goldberg passed away last winter. He would have appreciated this. All of the old benches were removed and replaced with new ones. Ditto for the garbage cans. Five new benches were installed on concrete bases plus five temporary wood picnic tables were put in the park. Plans call for the new pathway that was installed to be paved.   Five new lights were purchased. We only received the heads and we are still waiting for the posts. They should be arriving soon. Four new games were installed. About 40 tons of sand was poured and we also sifted the sandbox and trimmed some trees. One dead one was felled.

Elie Wiesel Park at the corner of Kildare and Cavendish is a difficult one to maintain due to its makeup. Public Works weeded the park last week. They even decided to pull out many shrubs and perennials this year due to the extensive amount of deep weeds (Phragmite). In an ideal world, we would need to pull everything out and start from scratch... Since we can't do that we pulled everything that was impossible to work with for now. It takes a minimum of 12 people to clean that park during a few days, which is frustrating.

At Rembrandt Park three drinking fountains were opened this year; and were adjusted for filling water bottles as per COVID-19 protocols. Three temporary lights were installed on the pathway going towards Merrimac The frame for the swings for the bigger kids and some benches were painted. Six new benches and two waste receptacles will be installed on the pathway going towards Merrimac At  the same time we will recuperate the pavé and repair the holes where the pavé is missing ( in front of the chalet and near the fountain). Plans also call for the chalet bathrooms to be gutted and replaced this winter.

As for the snow dump,  a major cleanup has been completed. Public Works scraped the terrain of the dump, moved the materials toward two small hills; one located at the north-east of the yard and the other at the south-east of the deposit. They cleaned the ditches and estimated the volume that will need to be removed. They will continue to transport materials to reduce and eliminate the hills at the south-east ends at the beginning of season 2021. Then it is recommended we undertake the verification of levelling and slope of the ditches. The readjustment of the slopes and levelling of the land will provide better stability of the yard and better management of water flow during the snowmelt

What will happen to Marc Chagall Avenue in the winter?  How can we brighten the street at night ? All bulbs have been changed to LED and will stay like this until the Engineering Department takes on the project to change street lights throughout the city

There was good discussion on a  number of issues, with reps making recommendations which I am carrying forward to the different departments.

For instance there was a sharing of information as to which buildings have reopened their fitness rooms and pools and how AGMs are being handled for condo boards.

I advised everyone that  District 2 Côte Saint-Luc will be part a major electrical system upgrade of the Hydro-Québec network. Work will occur between 2023 and 2026 and impact homes on Merrimac Road, Marc Chagall Avenue as well as Bialik High School. More information will be forthcoming. A committee, which includes residents, has been meeting with Hydro officials.

This was indeed a successful exercise.