Home Categories Posts by email Search
CLSC Test Centre deserves a thumbs up; appointment only system to be instituted August 10
A welcomed addition to District 2: Le Montefiore starts to fill up

It has been two years now since important work began in the Ashkelon Gardens behind the library with the necessary felling of trees.

Hundreds of trees there were infested with the Ash Borer and the Dutch Elm disease. These trees were dangerous for people who were walking in the area (from the possibility of falling branches or trees) and  even constituted a fire hazard. The city requested our  expert contractor, Nadeau Foresterie Urbaine, to prepare an inventory of the affected trees. In total,  some 300 trees were cut we cleared approximately 21,000 buckthorn plants and bushes, a species that interferes with healthy tree growth. We intend to plant up to 600 new trees. 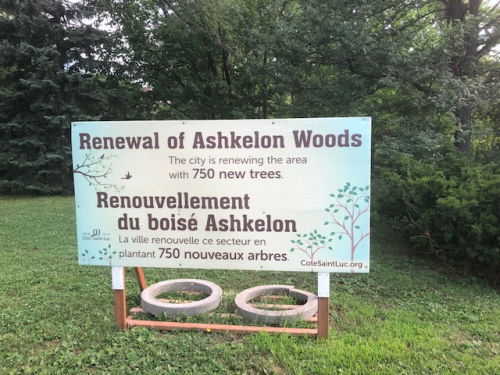 This week work proceeded on cutting all of the vines from the rented fence that has been surrounding and protecting people from the work area. Once this is completed our Public Works Department will then contact the fence contractor to remove it. We are  preparing signage   that explains one must enter at their own risk since there are many stumps that people can trip on if they aren't careful. 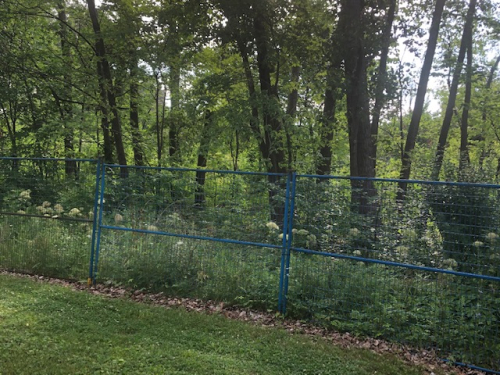 Next week the last of three poison ivy treatments will be administered.  A couple of weeks after this application, workers will begin to remove the balance of the buckthorn and then finally plant the remainder of the trees we originally planned to compensate for what we lost.. The work will be completed in its entirety during the early fall.