CLSC Test Centre deserves a thumbs up; appointment only system to be instituted August 10

I usually go for my blood tests a few times a year at the CLSC René Cassin at Quartier Cavendish. In the past year they extended their hours from 7:30 am to 9:30 am, to 11:30 am, and added the two weekend days. It could not  have been better. Then COVID-19 hit and people like me avoided locations like this and put blood tests on hold.à 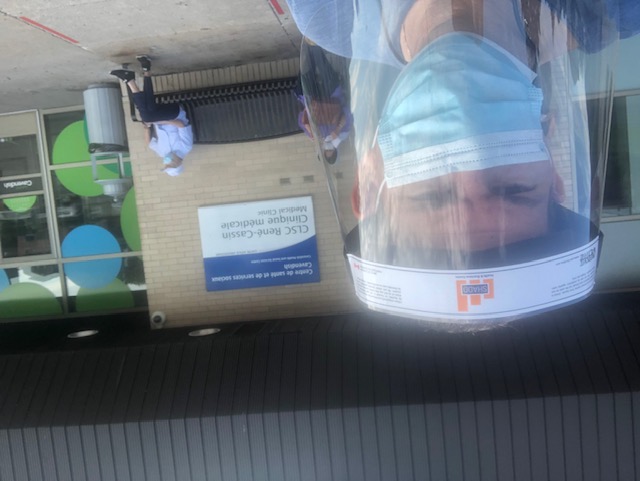 In full protective gear as I head to the test center.

The  fact that my last set of tests were some eight months ago concerned  me, so today I went back with my requisitions.   I was told that some people were arriving as early as 6 am to get a good timeslot, many of whom not properly social distancing. That was not a route I  chose. I turned up at 7:30 am by which time the herd of masked men and women were told to leave the inside of the building and form a line outdoors. I waited until the line disappeared and the security guard handed me a piece of paper with a number and a 9:30 am appointment time. 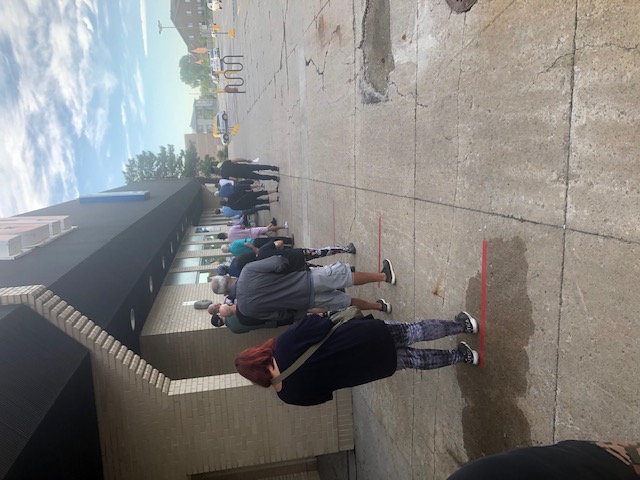 Is this lineup for a rock concert or blood tests?

I  returned  at  that  time, was told to go inside and the process from  there went fairly quickly. Only one person having blood drawn at a time. But with a second wave coming, the CIUSS West  Central  Montreal has just announced a new appointment only procedure. This will ensure that they can allow enough space for distancing by having as few people as possible in the waiting rooms. Walk-in visits will no longer be permitted.

As of August 10, anyone who wants to make an appointment at one of  the CLSC test centres to have blood drawn or other samples tested must go to CLICSANTE.CA. Then they should choose “Blood test and specimens” and enter their postal code. Clic Santé will propose an appointment, which may not be for the same day. Since some people may find it difficult to gain access to this website, and in order to ensure a smooth transition, the CLSCs can also be phoned to book an appointment.

A statement  I received says: “We understand that getting used to this change may take some time. However, given our new reality, it is important for us to implement this new system now, so that we can provide the best possible protection for our users, staff and visitors. Users can call the CLSC if they have any questions about the new appointment system.”

Bravo for a wise decision.

Here are the  Test Centre locations