Councillor Tordjman and I will cover vacant District 8 for now

The by-election  to replace the  late Ruth Kovac for City Council District 8 was supposed to take place on April 5. Due to the COVID-19 pandemic, this has been delayed indefinitely. A date will only be set when social distancing lets up and sadly that looks like a long way off.

Our mayor and seven members of council are being inundated with phone calls, emails  and Facebook messages from constituents.  We are also meeting via zoom conference as often as twice a day. This is what  we were elected for.

Over the  last few weeks, residents of District 8 who are without a councillor have started  to contact myself and Councillor David Tordjman directly. Our districts  (2 for  me and 6 for David) border District 8. Until further notice we have divided up the territory. I will cover the streets of East of Cavendish. This includes Cavendish Club and Chateau Collins; David will oversee the streets West of Cavendish, including Mackle Manor, the Ritz and other buildings on that side.

We miss Ruth Kovac. As someone's whose forte was emergency preparedness, she would have been front and center in this fight!

Residents should first call City Hall at 514-485-6800. Frontline staff will triage the calls. We can also be contacted  directly by email or social media. See then map below, courtesy of Councillor Tordjman's handy work. 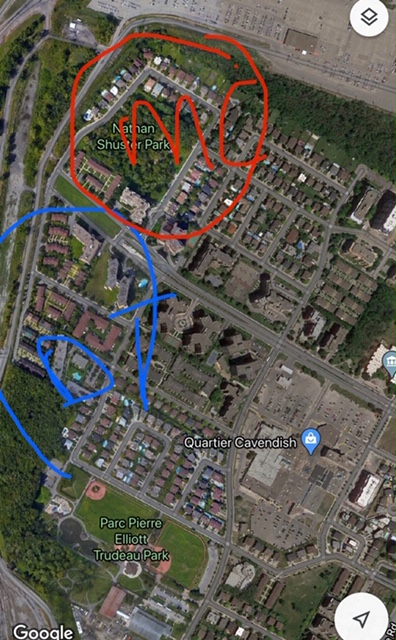