David Birnbaum to cross the floor and join the CAQ? April Fool's

With Quebec Premier François Legault’s  popularity at an all-time high given the way he has handled the COVID-19 crisis, D’Arcy McGee MNA David Birnbaum has decided to cross the floor. He will leave the Quebec Liberal Party and join the Coalition avenir Québec and second Christopher Skeete as one of the Premier’s point-men on anglo relations.

Talks between Birnbaum and CAQ officials intensified as he lobbied for  the installation of a COVID-19 Testing Center at the Quartier Cavendish in Côte Saint-Luc. 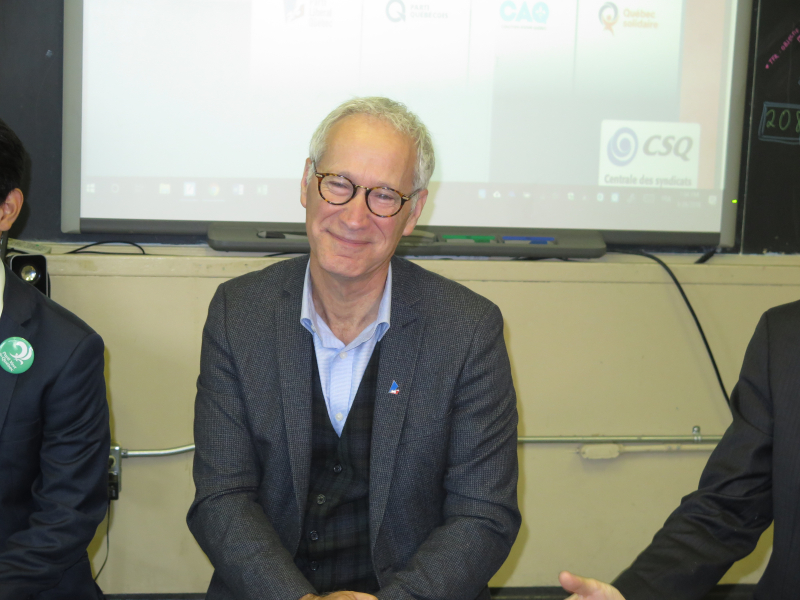 “I think my constituents will be well served by this decision,” said Birnbaum.

Birnbaum said he is confident that with his presence on the team, the CAQ will withdraw the Bill 21 secular law and Bill 40 abolishing school boards. “François Legault has proven during this crisis that he is the Premier for all Quebecers,” Birnbaum said. “I am proud to now be standing by his side.”

Birnbaum added that when this pandemic crisis comes to an end, he is confident Legault will help push  through the Cavendish Boulevard extension.

“Premier  Legault is practically our neighbor,” said Birnbaum. “He lives in Outremont  and understands our community very well.”

In fact Birnbaum will accompany Legault this Saturday for a visit to the Quartier Cavendish Testing Centre. “If only I could have bought him a smoked meat sandwich at the Deli Boyz,” he said.

The liaison between the Birnbaum-CAQ talks was none other than  former Quebec Premier and noted flip-flopper Philippe Couillard, whom we are told will be named the province’s delegate general in New York City when this is all over.

Birnbaum has also asked that the name of his riding,D’Arcy McGee, be changed to Côte Saint HampWest – something he says Legault supports. We contacted one-time MNA and Mayor Robert Libman, who was so upset to hear about Birnbaum’s decision that he intends to bring the Equality Party back for the 2022 election.

And folks, one more thing: it is April 1 and a time when we are stressed out and overwhelmed I hope you can see the humour in this April Fool’s joke. David Birnbaum has been doing an outstanding job for us  and rest assured he will always remain a Liberal.