Over the years the noise emanating from the banging of tailgates of trucks  going in and out of our snow dump on Marc Chagall Avenue has disturbed some residents.

Our Public Works Department has tried to manage this the best way possible. At the beginning of the winter season we even build a snow wall to try and shield the sounds. During heavy snowfalls  the noise is more difficult to control. There is also the fact that we are dealing with subcontractors, so the drivers change. 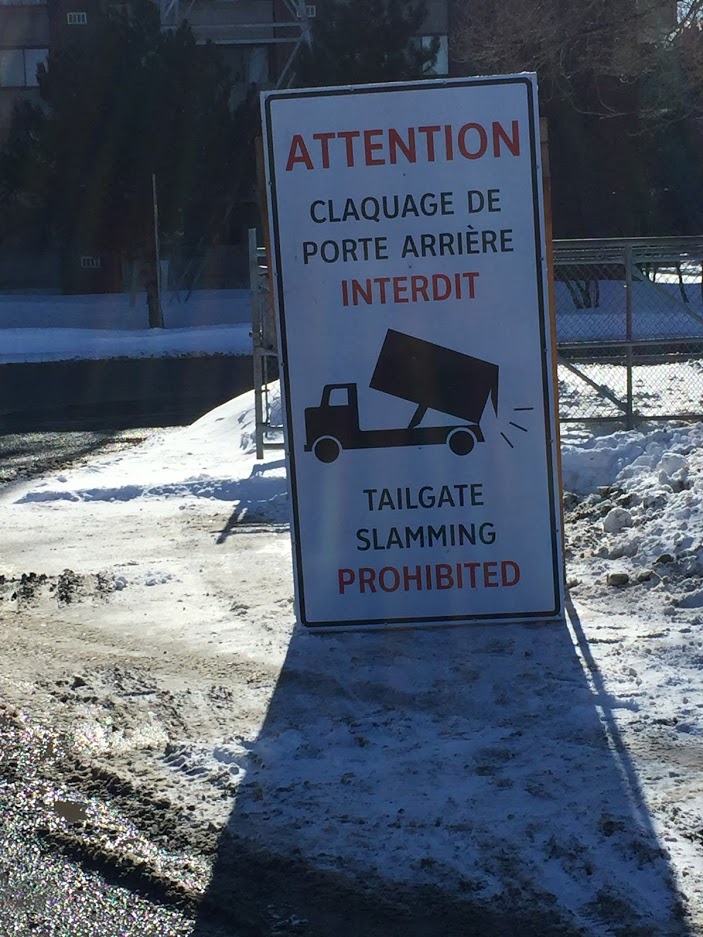 This week Public Works has launched a new approach by installing signage to try and further deter the banging noises. I would like to thank Director Beatrice Newman and her team for this. 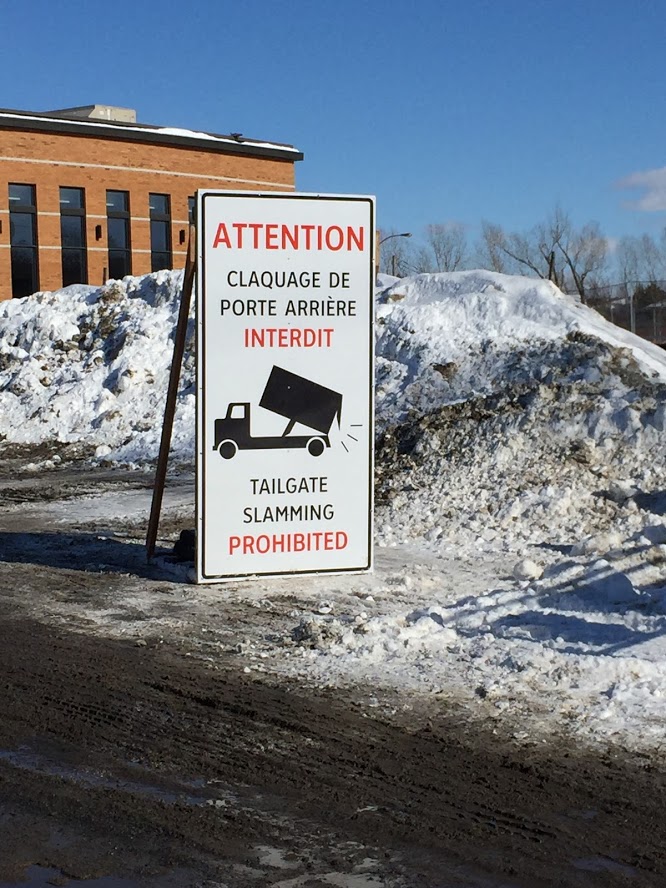 As noted, when we are in the midst of an incredible snowstorm similar to the one of February 7,   the city attempts to remove the snow as quickly and efficiently as possible and that during snow removal operations there is much more back and forth traffic in the area.  “Our residents living in the area near the snow dump would definitely experience hearing more noise than usual,” Ms. Newman explains.