In Memoriam: Allen Rosen was one kindly neighbour

I was deeply saddened to learn about the passing of Allen Rosen, who lost his battle with Melanoma.

Allen and I first met decades ago when his son Bruce was my teammate in the Côte Saint-Luc Minor Hockey Association. He was a proud dad to sons Bruce and Howie, a devoted  husband to Shirley and a doting granddad. Years later, when I was covering municipal politics for The Suburban, Allen started to attend city council meetings. On one occasion he ran for the same seat I now hold, then represented by Harold Greenspon. 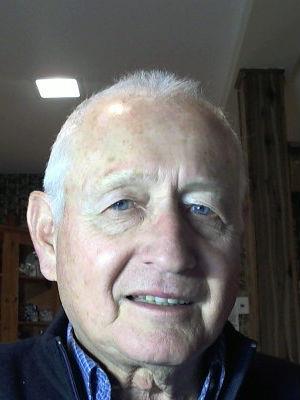 Twenty five years ago my wife and I moved into our present  town house condominium and who was my direct next door neighbor? You guessed it – Allen Rosen. Over the course of the last quarter century I got to know Allen and Shirley very well. They became friends. Allen and I would have endless long talks about everything from politics to sports. He was an avid golfer and always shared a good joke with me. Allen was also extremely helpful to me. He and Shirley supported my career as their city councillor in more ways than one. When they went away for the winters, I was asked to keep an eye on their home. So every few days I would go inside to make sure the plumbing was working. One day I misplaced their keys. After spending hours looking for them, I made the embarrassing call to them in Florida. Allen and Shirley took it in stride, arranging for a relative to drop off another pair. You see one of the perks in this service allowed me to use  their freezer during the winter. Months later, I opened my own secondary freezer and  pulled  out some chicken. Right on top of those thighs were the keys. Allen got a real kick out of that story.

About 15 years ago I awoke at 6 am to hear the phone ringing. It was Allen. My basement was flooding and the overflow was going into his home as well. My hot water heater had burst. Allen was so helpful in advising me of which steps to take. His home was collateral damage, but he could see I was upset and acted  in a very fatherly way.  Not long after  that we shared another adventure. A company was replacing the roofs at our condo. The genius workers decided to leave everything open with a threatening sky and you guessed it,  the rain started to come down and both our homes sustained significant damage. Misery loves company and we worked as a team to ensure the guilty party paid for its negligence.

Allen battled Melanoma for years. At times he would share with me the discomfort he felt, but overall he looked for no sympathy.

When the Rosens moved to a more manageable high rise condo last winter I had a hard time saying good-bye. They were original residents in our complex and Allen at one time was on the executive of the board. At our lively annual meetings he never held back his point of view, much to the appreciation of everyone in the room.

Donations in Allen’s memory may be made to Melanoma Cancer Research c/o the Canadian Cancer Society, (514) 255-5151. My sympathies go out to Shirley and the entire family.

Very sad to hear about Allen Rosen death .We have been together in the past on the executive of the board.May he Rest In Peace