Coming soon: mandatory microchipping of dogs and cats in CSL

As the Côte Saint-Luc City Councillor responsible for Animal Protection, I gave notice to my colleagues last night that I intend to bring forward an amendment to our pet bylaws emulating the legislation adopted in Montreal that all cats and dogs over six months  be microchipped. 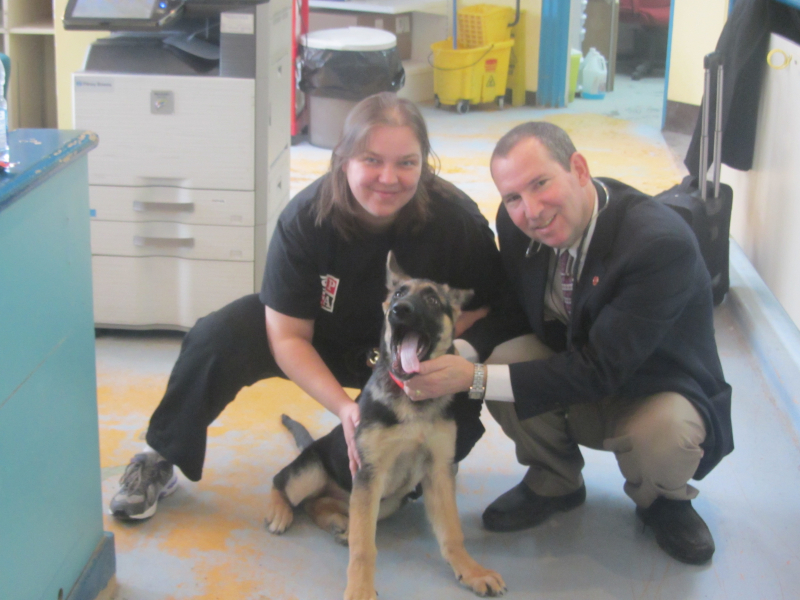 A microchip is an invaluable investment for a pet owner.

Today I was at the Côte Saint-Luc Hospital for Animals where they were inundated with calls from people asking if the Montreal bylaw applies in CSL. The answer officially is "no," but as noted it will become mandatory soon. When we adopted our present cat a decade ago we microchipped her immediately, even though  we never planned to let her go outside. But accidents do happen and heaven forbid a pet escapes, the microchip if the only way for a vet or the SPCA to  trace ownership.

If you have a cat or dog and they are not microchipped, please do so immediately. Do not wait for a by-law. The animal hospital had many bookings today, primarily from people in our community. I think the Montreal by-law and the accompanying media coverage served as a valuable wakeup call.

A microchip is a small electronic device the size of a grain of rice, which a veterinarian inserts under the animal’s skin, on the back near the shoulder blades. The process is relatively painless. "It’s comparable to having your ear pierced,” the SPCA's Anita Kapuscinska told The Gazette.

The chip remains with the animal for life, and is a direct link to its owner. I will be meeting with our Co-City Manager and Director of Public Safety this week to discuss this  further.

Mike Cohen I got a tip for you from Israel maybe you should recommend this bylaw as well.

Due to numerous complaints about dog feces in the city last night, Hod Hasharon Mayor Amir Kochavi put to Instagram an experimental test of a new teiott machine that also removes dog feces. In addition, we will look at a solution to identify the dog and send a report directly to its owner
War on the enforcement of dog feces in Hod Hasharon: The municipality is examining a special scooter vehicle that aims, among other things, to collect dog feces. Last Sunday, Hod Hasharon Mayor Amir "Story" stars posted on his private Instagram photographing "The Machine in Action" in the municipal park, this during the war in the enforcement of the dog feces in view of the numerous complaints from Hod Hasharon residents about being on the sidewalks, for bicycles, public parks and parks .

In addition, the municipality is also considering an unusual solution. Contacting an Israeli start-up company that allows the animal's sample to be sampled, identified, and sent directly to its owner.

It should be noted that in the past year, about a hundred residents received reports of about NIS 730 on a report against dog owners who did not collect their dog feces.

We're making it mandatory to microchip dogs in CSL, but I haven't seen any enforcement or ticketing of the MANY residents who are too self-important or entitled to clean up after their dogs. CSL is disgusting when it comes to this nasty, filthy, and irresponsible habit, and is something I would expect to see in the poorest, run-down, and hopeless area of Montreal. My kids play in an open area grass area at the end of Cavendish Boulevard and have to be extremely careful to sidestep the many horse-sized turds left behind daily! Come take a walk here Mr. Cohen, perhaps you may feel as strongly about this as the microchipping,

It's great that there will be chipping, but I'm not sure that there is a need to make it mandatory. You could use some trackers, like dog fitbit (https://technobark.com/best-dog-fitness-trackers-this-year/), to have the chips in them. That would be good for me.