Like many places on the island of Montreal, many of the ash trees in Côte Saint-Luc have been infected by the Emerald Ash Borer and Dutch Elm disease, and have become sick or are dead.  The forested area behind the library known as the Ashkelon Woods was infected and sadly we had to take action last year. The trees were sick and could have potentially fallen down on their own or even catch on fire if we did not remove them. The existing maple trees remained  in place.

After the trees were felled, our Public Works Department  began the process of   removing the invasive plants. Once we are confident the area is ready, we will plant new trees and other species of vegetation. 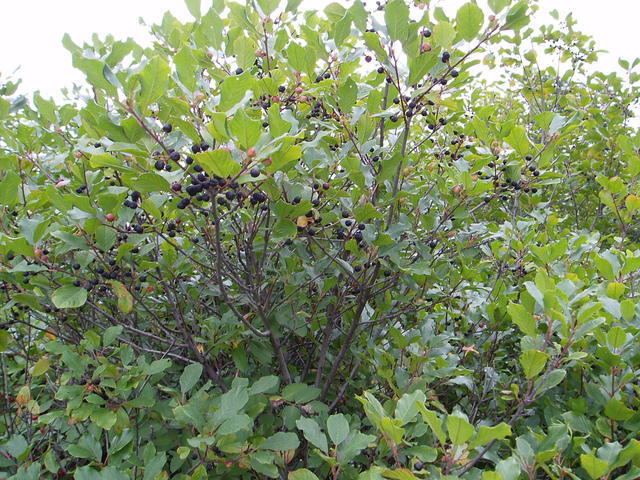 Director of Public Works Beatrice Newman  notes that we  will be keeping the fence erected around the Ashkelon Woodlands until operations are completed. Currently, the shards of trunks and branches, stumps and buckthorn are a hazard and could possibly trip people causing sprains and other injuries. The buckthorn (22,000) plants will be removed in July. “These operations are very dangerous to the average person and only professional tree cutters and the like may be in the vicinity while these operations are taking place,” says Ms. Newman.

Once the buckthorn is removed, the same scenario as before  will play out with odd sticks and stuff shooting up from the grounds. The uneven grounds and no supervision of the woodlands may cause injury to children venturing through as well as adults who are not used to hiking and other activities similar to that. In the fall,  Ms. Newman reports that we will be planting. The saplings and young plants must be protected from being trampled on, so again certain areas are going to be cordoned off. What  Public Works is  focusing on now is designing permanent pathways through the area of the forest that is not considered a wetland. 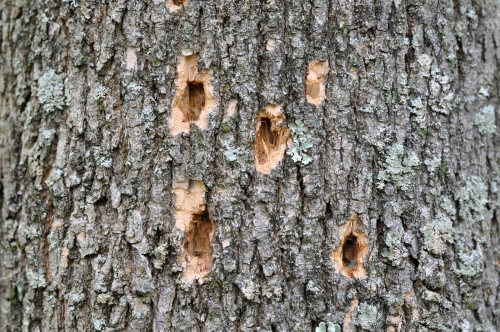 A sick tree thanks to Emerald Ash Borer.

After speaking to our non-profit contractor, he provided Ms. Newman with the updated figures of plans for replanting: 510 indigenous trees and 400 indigenous shrubs have already been planted. The bushes will achieve maturity within five years and the trees will take between 10 to 15 years. “Of course the maples and oaks grow slower but they will be there for the next generations,” says Ms.  Newman. “The small trees are perfect for what is necessary to be workable in this area and to increase the biodiversity of the region. We are creating a small woodland that will stay present, reduce our heat and provide attractiveness to City Hall among many other attributes. “

In the spring we will continue to remove the buckthorn .  That will give freedom to biodiversity and reduce the monocultures. Right now the plants have been just surviving, not thriving.

Some residents  have asked for the fence to be removed. “The fence should stay since the project hasn't finished,” maintains Ms. Newman. “We can't afford to risk the accumulation of garbage in the area. The cleanup was costly and we are looking to reduce the costs of maintenance. Also, we don't want to take the risk of damages to a project that isn't finished. People tend not to pay attention to signs.”

In January, the contractor will request a federal government grant for the removal of buckthorn. This would mean that several students would be hired to do the work by the grant, immensely reducing the costs of the project. If granted, the students will come in June for 10 weeks to single-handedly pull weeds.

I want to once again thank Beatrice Newman for her leadership!