Jeffrey Kovac to run in his mother Ruth’s District 8

When Pierre Elliott Trudeau passed away in 2000, his  son Justin gave a stirring eulogy at the funeral. Eight years later he ran for office and captured the Papineau riding to become a  Liberal Member of Parliament, followed by party leader and then Prime Minister.

In Côte Saint-Luc, we are mourning the passing of longtime city councillor Ruth Kovac. At her funeral, her son Jeffrey gave an emotional and heartfelt eulogy. He spent a lot of time with his mom when she was ill, specifically in those last few days. “One of the reasons why my mother continued fulfilling her council duties, virtually until her final days on this earth, was because there were so many ongoing issues, city-wide and in her district,” Jeffrey said. “Two nights before she passed, I was fortunate to spend some one on one time with her. She had a lot to say, but one of them was that she hoped someone would carry on the work she was so passionate about.” 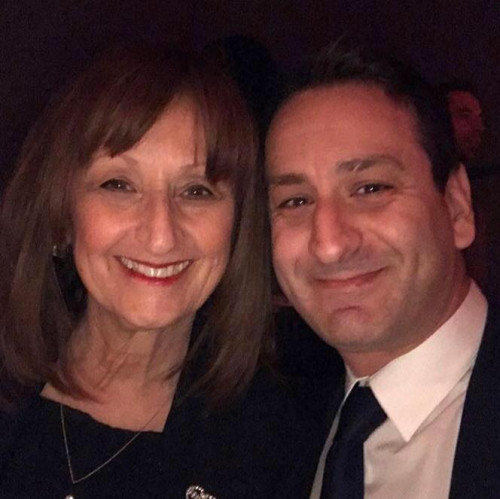 A by-election to replace Ruth will likely take place sometime in March or April. At the October 23 council meeting, Jeffrey came to the microphone to announce  that he will run for her seat in District 8. “This,” he said, “will be the ultimate tribute to my mom. She devoted  the last three decades to this city and I firmly believe that she’d want someone with the same passion to continue her work.”

Jeffrey said that even though he is not even an official candidate yet, he has a list from his mom of some of the hot button issues in the district and he intends to follow them up. “Having grown up in Côte Saint-Luc and being given so much from the city in so many ways, it’s now time to continue the agenda, passion and representation that my mother set forth for nearly three decades,” he said. “My entire family has always been very passionate about civic duty  and it’s something I hope to pass on to my own children as well.  The city of Côte Saint-Luc and District 8  lost a champion of representation on Oct 1, 2019, and it’s my hope to follow in those footsteps and fight for the constituents to help enhance life in our community every day!  There is still work to be done that was unfortunately never completed by my mother, but I promise to continue that work with the passion, integrity and diligence that’s been passed on to me.”

Earlier in the evening, the council chamber was the site of an emotional memorial for Ruth. The room was filled to capacity, with everyone seated in the very chairs that Ruth herself chose only a few years ago. When and if other candidates come  forward, I will share that in this space. One person who will not throw his hat in the ring is former councillor Glenn J. Nashen. He shares precisely why here on his blog.

Yesterday I had the misfortune of communicating with Jeff. On the basis of the back and forth I think that everyone running in the by election should volunteer to take IQ, motivational and divergent thinking testing and the results should be posted for all to see.
Objectivity is not something that I witnessed in the conversation.
Jeff is driven by emotion and “when emotions go in, intelligence goes out.”