As the city councillor responsible for Animal Protection, I was  thrilled to once again be part of the Autism Speaks Canada Promenade de chiens/Dog Walk on Sunday September 8. This was the second year for the event, both times occurring at our own Trudeau Park. Mother Nature cooperated and the sun was shining. A nice crowd  turned out - man, woman, child and of course many dogs of different shapes and sizes. 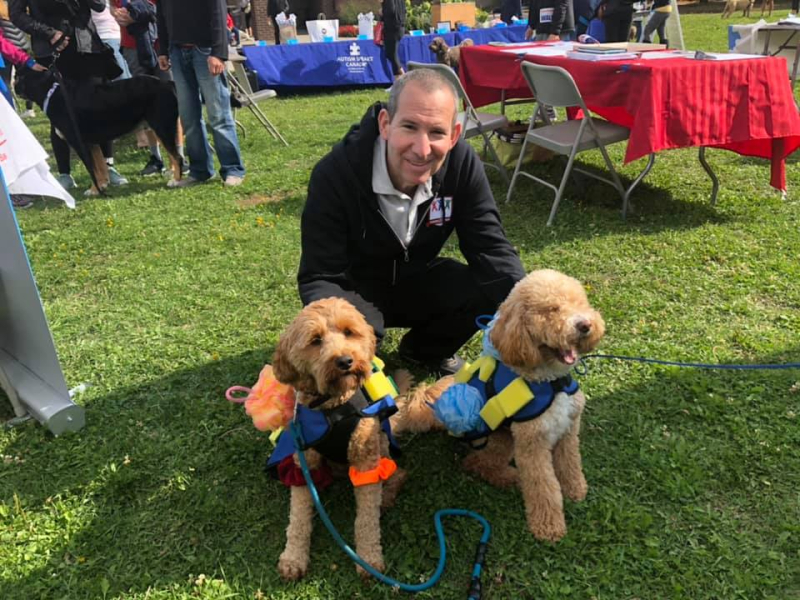 Krista Leitham worked tirelessly to make it all happen, seconded by ever-so charismatic ambassador Matthew Moses. Originally Matthew was looking forward to bringing his beloved Rookie along. Sadly, Rookie passed away a week earlier. While still very much in mourning, he needed to fill that gap in his love. He and his family adopted a large puppy they named Houston and the canine made his first public appearance at the walk. 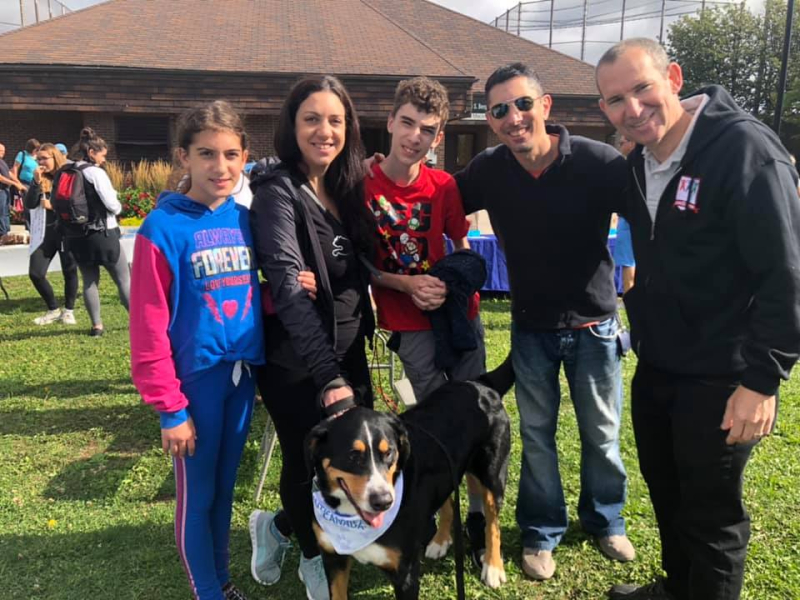 With the Goldman family.

There were a number of kiosks set up,  including sponsor Nutrience. Greyhound Rescues were  on hand as was Cindy Davis from Inspirations Newspaper and Principal Nicholas Katalifos from the Wagar Adult Education Centre, where Matthew is a student. The Laval Rocket setup a booth as a tribute to Matthew, who is one of their most devoted fans. 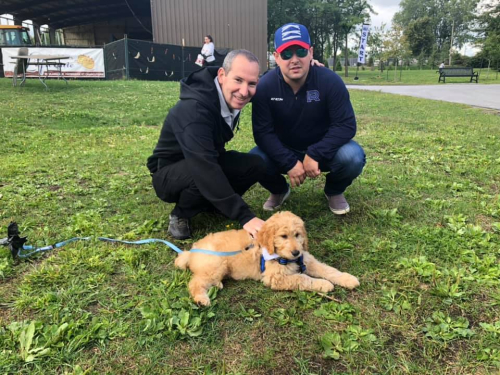 With Matthew Moses and Houston.

The Dog Walk is a fundraising initiative for dog lovers and the autism community to celebrate the unconditional love of these fur-babies and the therapeutic benefits of dogs to families and individuals living with autism. "Together, we can increase awareness, understanding, acceptance and inclusion for the autism community," said Krista.

It was a wonderful sight to see so many people doing the walk together through the pathway at Trudeau Park.

Jonathan  Goldman, the chair of our CSL Dog Owners Committee, was on hand with his dog and members of the family. It was  nice to catch up with my old friends Mark Wineck and Warren Gornitsky, both there with their dogs. I hope we can help this event get bigger and bigger each year!