Urgent work by Hydro-Québec and Bell Canada will cause significant inconvenience to motorists on Marc Chagall Avenue and Kildare Road near Cavendish this summer.

I met with some members  of our Urban Planning team today and the city has no choice but to issue the permits now as both Hydro and Bell insist the work cannot wait without potential negative repercussions for residents.

Hydro-Quebéc will be performing urgent work to demolish and rebuild their access point at the corner of Mackle and Marc Chagall. This work is necessary for the residents in the sector to have functional electricity and HQ is sending out letters to residents explaining the importance of this work. It will commence on June 25 and last until at least September 20. The timing could not be worse, with construction for Phase Two of the Equinoxe high rise buildings now at the cement pouring stage. That job won't conclude  until next June. We asked Hydro if there was any way to delay this work and they stated that residents could be at risk of major power outages .
Here is the signage plan. 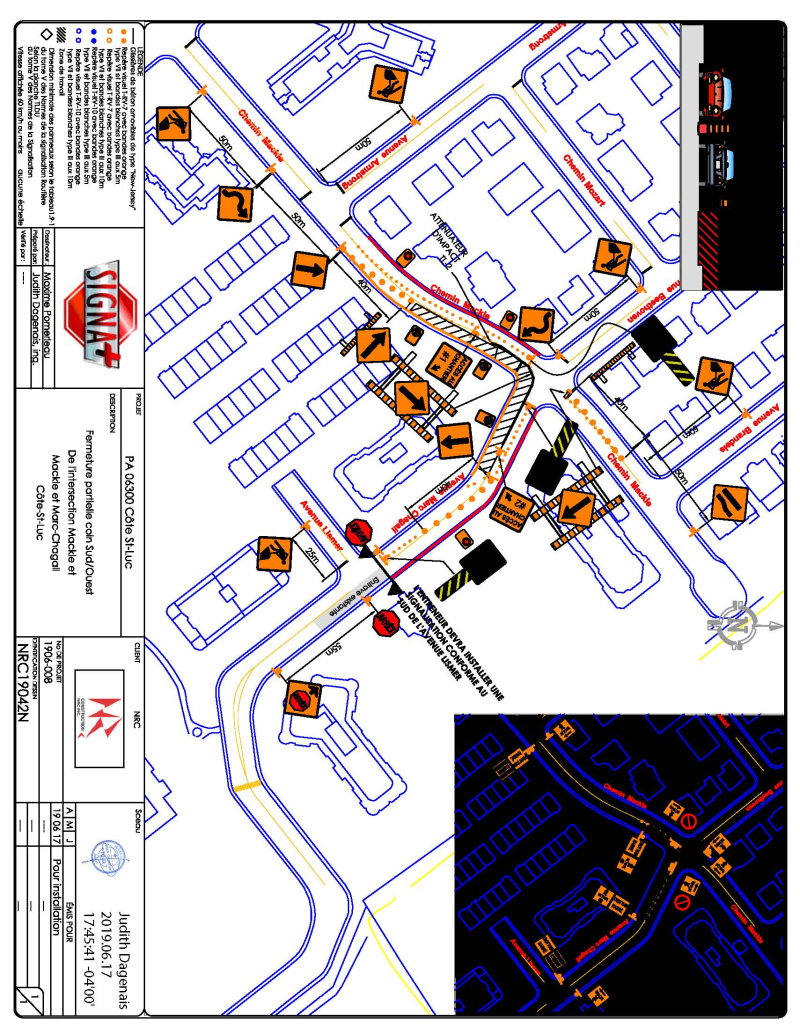 Urban Planning and Public Security will try to manage this the best possible way. More information on the rerouting of traffic will be forthcoming,
Meanwhile, Bell will be digging up Kildare (between Rembrandt and Cavendish) during weekends beginning soon to upgrade its network in the area. You may have noticed a lot of Bell repair trucks in the area in recent years. Traffic will be diverted into two lanes. It was timed to begin once school concluded at JPPS-Bialik.