The community has lost a legendary  queen of the kitchen. Marianna Roth passed away peacefully, in her sleep, on Sunday, May 5, 2019, after a courageous battle. She was 82. 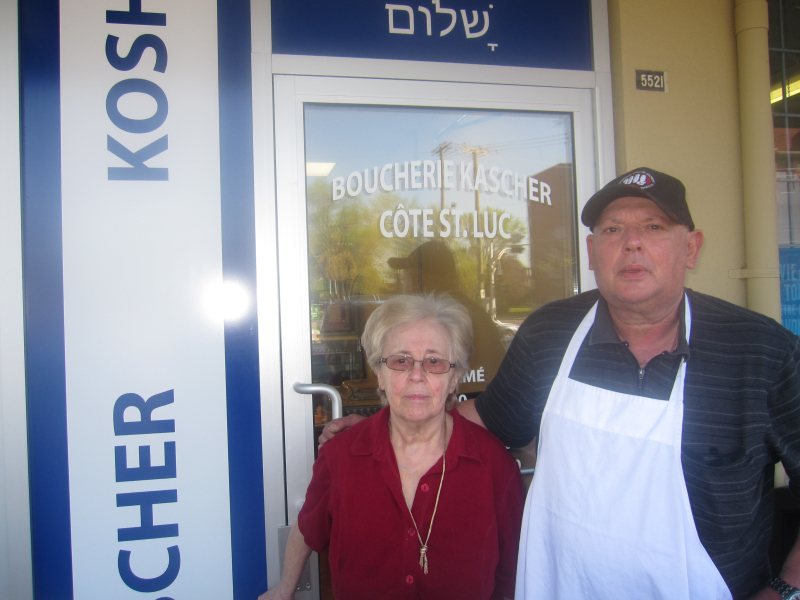 Mrs. Roth and her son-in-law Avi.

I stopped my car in the strip shopping centre that housed the legendary Delly Boys Restaurant and  I saw the sign that said Côte St. Luc Kosher. My mother-in—law had been raving to me about Mrs. Roth and her son-in-law Avi  Brook the butcher for years, so I ventured in to take a look. There was Mrs. Roth, standing besides some delicious looking prepared food. She did not know me, but asked if there was  something she could help me with.

“How is the chicken schnitzel?” I asked.

“You tell me,” she smiled, cutting a nice slice and handing it to me on a plate.

“Wow!” I responded. “This is the best chicken schnitzel I have ever taste”

I ordered three pieces and brought them home, much to the delight of my wife and daughter.

A few days later I returned and I met Avi. In the  back of the store was  the butcher shop. Mrs. Roth and her crew were busy preparing all kinds of fabulous ready to eat home cooked meals. I tried the chicken burgers this time. They were extraordinary. There were other chicken dishes and an entire array of Chinese food. Meals were also prepared en masse for schools. I was hooked and became a regular and over time I became friends with the family.

I told a writer from The Gazette about Mrs. Roth and Avi and she wrote a feature story on them. We learned how Mrs. Roth had been through more hardships in her lifetime than most of us can even imagine. But the Holocaust survivor was  not interested in garnering sympathy. Rather, her priority was maintaining Glatt Kosher Self Service Ltd., the deli that she had owned for nearly 50 years.

"My life is like a Hollywood story. I had a chance to succeed and earn a living in this amazing country, and to me that is the dream -that's what everyone wants," she told The Gazette.

As  the story goes  the native of Hungary lost both her father at the age of seven and was sent to a concentration camp near Vienna during the Holocaust. After being freed, she spent seven years in an orphanage. When she was 16, she married her husband just before the Hungarian Revolution happened. The couple and their infant daughter escaped through the mountains and waited two years in a refugee camp for a country to accept them. 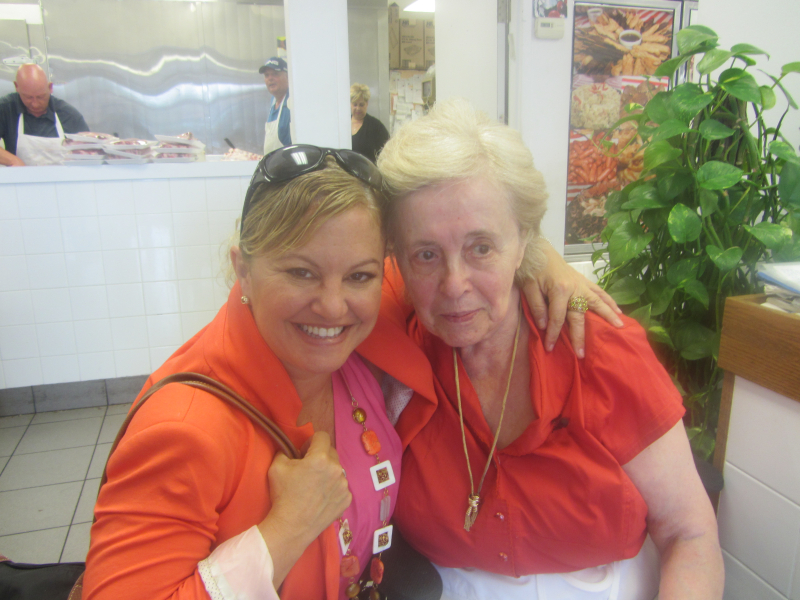 Roth's husband was a butcher by trade, and Canada welcomed them in 1958.

After working as a dishwasher in synagogues, Roth took a job at Glatt, a butcher shop on Laurier Ave., doing odd jobs.

"They paid me in shares of the business instead of wages," Mrs. Roth explained to The Gazette.  I was happy with that; it was a job that allowed me to be home for my two kids at night."

After years of working at Glatt, the owners gave Mrs. Roth her own store in St. Laurent.  "When I came here I spoke no English and had no experience, so to be given my own store was just incredible," she said. "The owners of Glatt were great people, and they knew I was hard-working and wouldn't let them down."

The store quickly became known for its eastern European and Sephardic food. The shop was a staple in St. Laurent, and she worked there six days every week for about 14 hours each day.

In 1985, Mrs. Roth's husband bought a Kosher butcher shop in Côte St. Luc and trained their son-in-law to be a butcher there.  "I was an airline mechanic, but there were no jobs in my field," said Avi. "So I went to work with the family."

Later I arranged interviews with CJAD,  CTV,  Global TV, CHAI Montreal and Breakfast TV.   Mrs. Roth always insisted that her daughters Judy and Esther be by her side. I got to know the  two of them as well. When Avi invited  me  to the family home, Judy would always make me something to eat. Like her mom, she was a fantastic cook. One day I asked Avi and Mrs.Roth if they could make an order of salmon patties for me. They do so in style. One week Avi said he could not have them made in the store. Judy found out and she made a batch for me herself. Tragically, she died on October 25, 2015 from a mysterious bacteria. She was  only 55. It broke the family. Mrs. Roth had been living with Avi, Judy and their kids for many years and this did not change, even when they sold the home recently.

I wrote often about Mrs. Roth and Avi in other publications. It was a joy to be their de facto press agent. While she had never really done any interviews before she met me, Mrs.  Roth was a natural.

“Age is just a number,” she told CHAI Montreal’s Lisa Winston in 2014. “I never want to retire. Never ever and it shows!”

Mrs. Roth was an extraordinary individual, the likes of which we may never see again.

Our sympathies to the family.