Home Categories Posts by email Search
Facilitating another meeting between condo reps from Marc Chagall with the administration of the Equinoxe
Tribute: Master chef of the Jewish community Marianna Roth led an extraordinary life

I have been attending Yom Hashoah (Holocaust Remembrance Day) commemoration ceremonies at Tifereth Beth David Jerusalem Congregation in Côte-Saint-Luc for decades now. The Montreal Holocaust Museum does a masterful job coordinating this community-wide ceremony honouring the memory of Holocaust victims and the legacy of those who survived. We are so fortunate to still have Holocaust survivors with us, able to tell their dramatic stories. 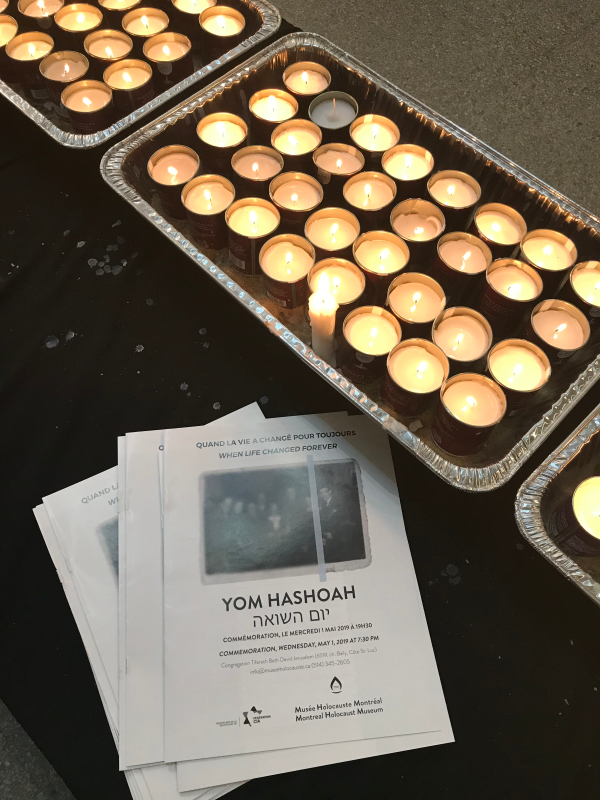 The title of this year’s ceremony, When Life Changed Forever, spoke to the diverse moments in the lives of survivors when they realized their worlds had shattered. I , like many, appreciate the format the Museum adopts each year for the program. Through video testimony, Holocaust survivors share their personal experiences and memories. In addition, these survivors and their descendants light six candles in memory of the six million Jews murdered during the Holocaust.

The Montreal survivors who shared their testimony were:
• Rachel Abish (born in Hungary, she recalled the hunger she suffered while living in yellow star and Red-Cross houses),
• Nettie Herscher (born in the Netherlands, she remembered packing bags before her family’s deportation to Westerbork and Bergen-Belsen),
• Bill Lewkowict (born in Lithuania, he hid in a forest for two years after escaping the ghetto),
• Judith Nemes Black (born in Hungary, she recalled learning a new name and identity while living in hiding),
• Edmond Silber, (born in France, he escaped the Vel d’Hiv roundup and lived in hiding in small village until liberation),
• Charlotte Wexler (born in Yugoslavia, she survived multiple concentration camps and a death march from Ravensbrück, noting that she was about to turn 1 and a mere 65 pounds when liberated). 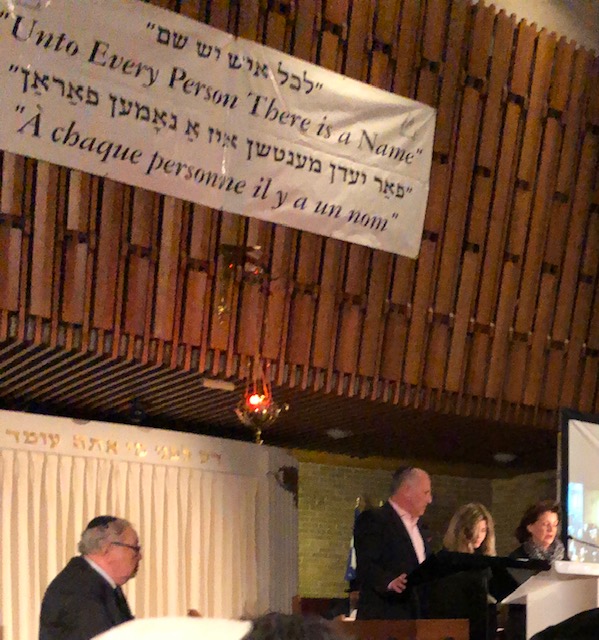 The program also included the reading of poems and other short texts in English, French, Hebrew and Yiddish. Songs were performed by a choir of Grade 6 students from the Jewish People’s and Peretz Schools accompanied by Holocaust survivor, Fishel Goldig and directed by Jason Rosenblatt. Each year, a diverse audience of 1,200 people were present to witness the transmission of memory to younger generations.

The Montreal Jewish community and its estimated 4,000 Holocaust survivors have commemorated Yom Hashoah for nearly 70 years. It was declared Holocaust Memorial Day in Quebec in 1999 and in Canada in 2005. Former D’Arcy McGee Liberal MNA Lawrence Bergman was seated in the front row. It was he who adopted the motion in the National Assembly. I vividly remember speaking to him that day. His succcessor David Birnbaum was on hand as were many municipal politicians. There was no elected CAQ MNA present. 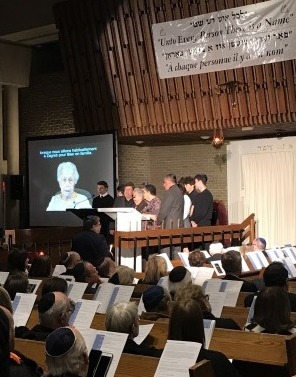 The Montreal Holocaust Museum is a jewel in our midst, educating people of all ages and backgrounds about the Holocaust, while sensitizing the public to the universal perils of antisemitism, racism, hate and indifference. “We are celebrating our 40th anniversary,” said Steg. “There were 21,000 visits this past year. During the school year we welcome bus loads of students.”

Israel Consul General David Levy said that after the horrors of the Holocaust, we thought that would mark the end of antisemitism. He then alluded to the recently released B’nai Brith Canada Audit on Antisemitic Incidents which showed that Quebec accounted for the highest number of incidents (709), significantly surpassing Ontario (481) for the first time since the audit began 37 years ago. “Who would have believed this possible in Quebec, the safe haven for so many Holocaust survivors – second to New York and Israel,” the Consul General said.

Dorothy Zalcman Howard, the president of the Museum, spoke about “how much wisdom we have lost, how many acts of kindness, laughter, songs, jokes and memories.”

The CIty of Côte Saint-Luc has a partnership with the Museum, working together to educate students about the Holocaust. Flyers were distributed at Yom Hashoah. See below. 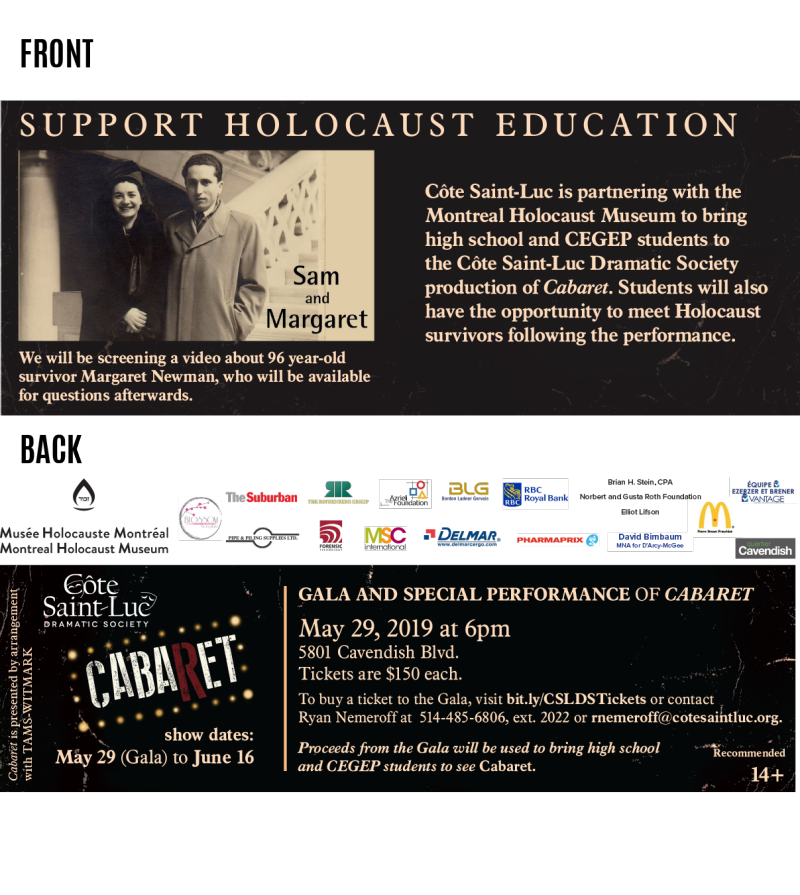