Meet and Greet at the Equinoxe: Hydro-Québec connection finally in place

It has been less than a year now since The Equinoxe high rise rental apartment building first welcomed tenants. Most of them moved in during the month of July, with  the remainder in October. 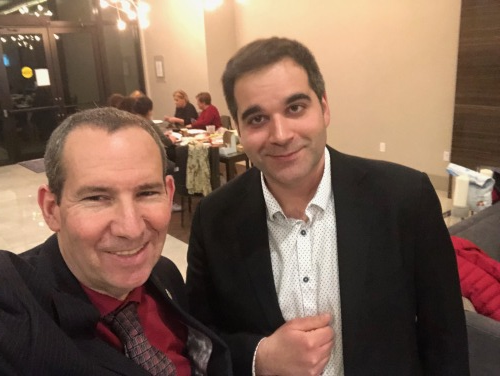 Recently a new manager, Isabelle Fregeau, was hired.  I have sat down with her, developers André and Carole Doudak and senior executive Philippe Mourani. When construction was first announced more than two years ago I established an ad hoc committee with representatives from the neighbouring condominiums. It took time but we resolved a lot of issues as phase one of the project proceeded.

There are 170 units in Phase 1. Excavation is well underway for Phase 2, which will have 116 units (larger ones than in the initial phase).

One very serious problem which finally seems to have been addressed is the noise from the Equinoxe generator. SInce the building opened,  it did not have a complete Hydro connection. As a result, the colder it got outside the louder the generator noise rose. This made life miserable for some residents of the Rothchild I and at the Equinoxe itself. I want to thank our Co-City Manager Jonathan Shecter  who worked diligently with Hydro to ensure that their final hookup of the Equinoxe was moved way up on the schedule. Work was completed on April 14 and with the warm weather upon us, we hope this will no longer be an issue. However, as some residents have rightly pointed  out this will kick in if there is a power outage so we will ask them to still undertake the necessary baffling measures. 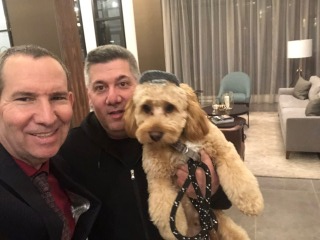 I dropped by the Equinoxe for a meet and greet last week. Most of the residents I spoke to seemed  pleased with the  building. The pool is now operational. There was a security guard on duty. In the very large and beautiful common room, there were  a few different games of cards  going on. Is it perfect? Not yet of course, but as Mr. Mourani shared with me they have another building to populate by the summer of 2020 so they very much want to make sure all the kinks are worked out.

Some residents  spoke  to me about speeding cars on Marc Chagall. While we have put flashing lights at the crosswalk  at the curve closer to the Marquise,  Michael Rosman commented:  "It is a good start to a serious problem. Unfortunately the sign and flashing lights cannot be well seen by speeding cars on both curves until they are on top of the flashing light and signs. Something is yet needed, in my opinion, to slow the cars and trucks, before reaching the curve with the crosswalk. Something like a speed bump before the curve with the crosswalk, on both sides or an occasional police car might assist." 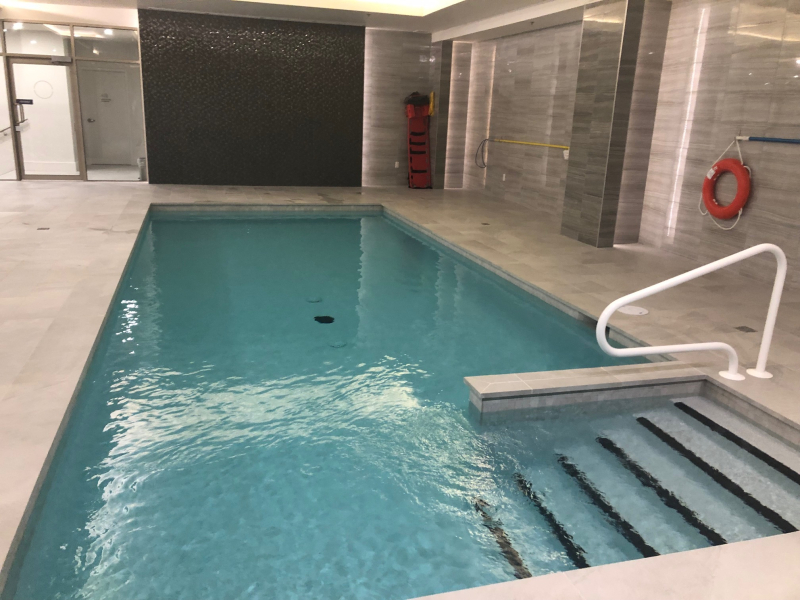 I will have more updates on the Equinoxe as Phase 2 construction proceeds.

If Hydro is "on their toes" and seem to solve their larger electrical problems, why is it that Marc Chagall had no lights from Mackle to the curve, including Arthur Lismer? For months, Lismer's lights were on for the day, and then off for the night cycle.Now, there is nothing...very dark at night.