We have some updated traffic calming news.

The traffic calming plan in 2019 is focused on making the Kildare corridor a safer street for pedestrians. The funds will be spent on the following categories:

Pedestrian and vehicular counts are planned at two intersections: Sir Walter Scott/Kildare and Westminster/Kildare. In the case of the former, this will give us some valuable information in terms of the traffic flow at particular hours. It is something that was requested at a special focus group meeting I held on the subject in January.

Flashing stop signs will be added along the Kildare corridor to warn drivers and provide additional protection for pedestrians. These are planned at two intersections: Sir Walter Scott  and Kildare and Caldwell and Kildare. 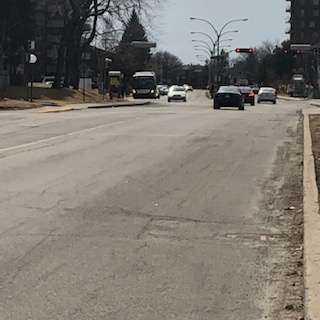 Additional line paint will be added on the Kildare corridor with more durability to improve visibility year‐round and warn drivers. This will be planned at one intersections as a trial: Sir Walter Scott and Kildare.

There will also be action taken on the Avenue and the crosswalk between the new rental apartment building and the entrance to Quartier Cavendish. Too many cars are speeding in this area and we worry that a serious accident can occur. Many of the residents of the apartment building are seniors. We will take a fresh look at the parking to remove any blind spots.

As you can see a lot of attention   has been paid towards District 2. I thank the Traffic Committee, chaired by Councillor David Torjdman, for their due diligence on these matters.