First ever kosher Tim Hortons to open in Côte Saint-Luc

Mayor Mitchell Brownstein and council will formally announce today that the first ever all kosher Tim Hortons will open at the ACC. It will be part of a brand new structure built right next to the ACC and connected via a passageway. 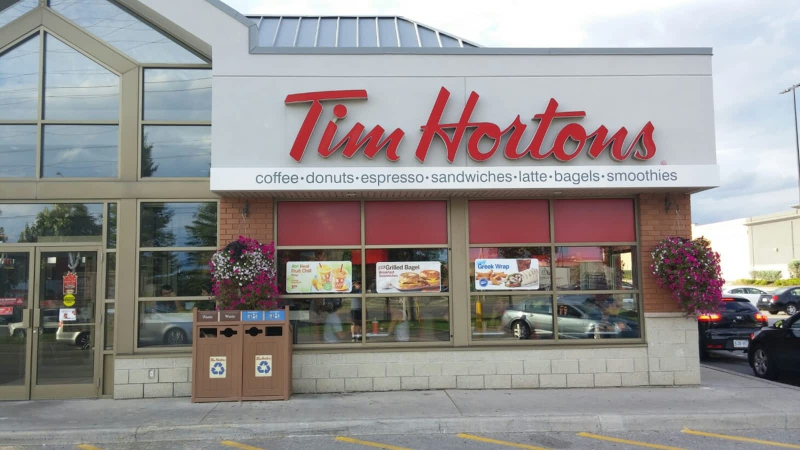 A look at what the new Tim Hortons in Côte Saint-Luc will look like.

Negotiations  between Mayor Brownstein, our senior staff and Tim Hortons officials have been going on for more than a year. The mayor brought Councillors Sidney Benizri  and David Tordjman on board, members of the  Montreal Vaad Hair (MK), Rabbi Reuben J. Poupko,  Israel Consul General  David Levy and former Montrealer turned Israeli Sylvan Adams.  As a result of these discussions, Adams will secure the franchise rights for Tim Hortons to make its debut in Israel.

“Côte Saint-Luc will be the test case for Israel,” said Mayor Brownstein.

“Finally,” said Rabbi Poupko, “I will be able to experience the taste of  timbits.”

Consul General Levy made the connection with Mr. Adams, who made Aliya to Israel a few years ago but remains very much connected  to his hometown. Not only does Mr. Adams want to have a series of kosher Tim Hortons franchises in Israel, but he intends to have food court versions open up at Montreal Jewish day school cafeterias.

The ACC is already a popular destination for hundreds of people each day. The present-day snack bar will close and in the summer season Tim Hortons will setup a satellite site at the pool. “We also hope to do the same thing at the arena,” said Mayor Brownstein. “With the first ever kosher Tim Hortons, the ACC area will become a destination locale for all of the Jewish community in Greater Montreal.”

With a school across the street and new high rise buildings under construction, the timing is perfect for such a move.

Former Parks and Recreation Department stalwart Harold Cammy, a diehard McDonald's customer, has agreed to come out of retirement to manage the operation.

As for Councillor Mike Cohen, he wished everyone a Happy April Fool’s Day. But the more I think of it, would this not be a great idea?

Kidding aside, the Shmall --I mean 'Quartier' now-- is slated to have a kosher doughnut shop open this Spring.

Mike my granddaughter lives in London England and she saw your April Fool’s article in
One of Paris France newspapers.
Enjoy the PR 👍😘😂
Carolyn Steinman

sooooo, is that place open, and is it kosher