A senior official from the CIUSSS Centre-Ouest-de-l’Île-de-Montréal  was kind enough to respond to my recent blog regarding the closure of the CLSC René-Cassin Blood Test Center over the Christmas holidays, long lineups upon the return of operations and misinformation emanating from the answering service. 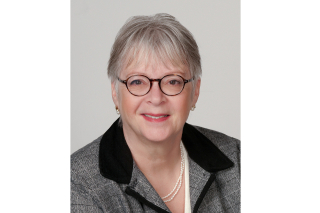 Deputy Director General Francine Dupuis  was personally responsible for the opening of this service a few years ago when she served as  Director General of the CSSS Cavendish. "I felt sorry for the elderly who had to wait so long at the hospital for tests that could be taken care of by their CLSC," she noted. "The ministry never funded this activity and we had to squeeze money from other programs to open the Test Center, which tells you how much of a priority it was."

Mr. Dupuis said that when she read about my unpleasant experience, it saddened her. However, at the same time, it   allowed her to look into what was done and how the service can be improved.

I had raised the fact that the  notice on the window stated that the Test Center was closed from December 24 to January 2 inclusively. It was unclear for many if that meant it would reopen January 3.  "The word 'inclusively'  means that this day is included. The confusion rose from the fact that the other CLSC services were offered,  but the posting did not make the difference, hence the confusion. It could have read:  'This is a reminder that the CLSC will be open at 8:00 on Wednesday January 3  for general services, but not the Test Center. The Test Center will resume its activities on Thursday January 4 at the usual time, 7:30.' On the telephone, the person who answered should have made the difference very clearly. I am looking into this, so that our messages leave no place to confusion next year, both verbally and in writing." 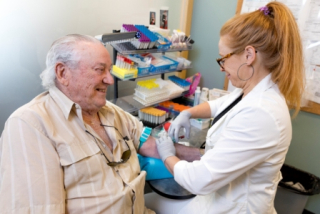 Hours could change next Christmas.

Ms. Dupuis also shared some promising news. The CIUSSS plans to open more days next year. "As you pointed out, the Jewish General Hospital is not the best place to have your blood tests done," she said. "We have started with more limited days because the attendance was much less important in the first few years and also because we were not budgeted for the staff. Seeing that it is getting more popular, which is good news, we want to increase the staff and the hours of services. Moreover, we will try to offer the service every day,  but on December 24 and 25 and January 1 and 2. This is not an official promise,  but I am trying to see how we could budget it, knowing that it is of increasing importance for the population we serve. The new  GMFs  - family medicine groups - will also offer the service, which will give more than one option in the community."

Regarding my suggestion that benches be installed for those waiting to get into the Test  Center, Ms. Dupuis said those requests should be addressed to the management of the Quartier Cavendish since the Ministry of Health’s lease does not include space outside the clinic on that floor.

I want to thank Ms. Dupuis for taking the time to send me such a detailed response.