Commemoration of the Romanian Holocaust: a tribute to the late Baruch Cohen

Baruch Cohen, who passed away recently at the age of 98, was a special human being

Born in 1919 in Bucharest, Romania, he survived the Holocaust  by spending many months in forced labor. In this excerpt from a video by the Montreal Holocaust Memorial Centre he  describes what he calls the ‘Bucharest Kristallnacht’: three days of looting, destruction and killings carried out by the Iron Guard in Bucharest in 1941.

Here is his testimony.

On Sunday, November 25 , Councillor Dida Berku and David Anidjar, with Co-Chair, Adina Weiner, and former Chair Jaclyn Leebosh, organized a special tribute to Baruch at Beth Zion Congregation. Mark Bergman spoke about his grandfather Baruch. This was all part of the 22nd annual Romanian Holocaust Commemoration which Baruch organized. “It was Baruch Cohen's dream to have young people continue this ceremony and in his honour it is happening again this year,” said Councillor Berku,

Dana Ionescu, a historian researcher  who is working on gathering the stories of local survivors and promoting a museum in Romania, spoke as well. She is a  doctoral student in the Sociology Department at the Université du Québec a Montreal and a Research Fellow at the Centrul de Istoria Evreiolor si Ebraistica (Jewish History Centre) in Iasi, Romania.

Baruch spent the last 29 years of his life as a devoted volunteer for the Canadian Institute for Jewish Research (CIJR).

Anidjar said he was recruited about 10 years ago  by Baruch to recite a poem at this commemoration  when he was a student at Herzliah High School. “Baruch's vision   was to get young people involved in the act of Holocaust Remembrance, and he always had a lot of affection for the students he recruited,” Anidjar said. “About six years ago I got involved in organizing the ceremony, and have been chairing it for five years now. This event is not officially run by any organization, so every year it depends on the initiative of young people in the community to stay alive. Thankfully we have a team of dedicated individuals who organize this together. Every year, we reconvene for a couple of months to put this together. This year we will even have a choir of Grade 6 students from United Talmud Torah.”

Anidjar is now a McGill graduate who works as a freelance writer. “While writing has always been an important part of my life, my greatest passion is for serving the community and bringing people together,” he said. 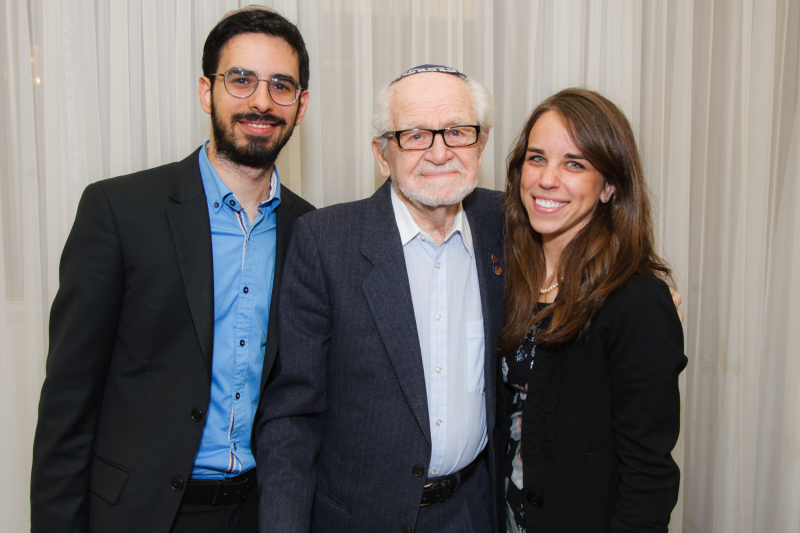 Sorry to be technical, but Baruch Cohen was 98 and not 99 on his passing two months ago. He wasn't 95, as the text indicates.