Volunteers of the Year 2018

The City of Côte Saint-Luc announced the Volunteers of the Year for 2018 at the annual Volunteer Recognition evening on October 24, 2018.  A few years ago our Parks and Recreation Department came up with a unique new format by holding this event at the Cineplex Theatre at Quartier Cavendish. All volunteers are invited to see a movie (This year it was A Star is Born), with a free soft drink, popcorn and some candy included. A pre-recorded video of the Mayor presenting the awards is shown on the big screen. Afterwards everyone is invited to a dessert reception. We remain very fortunate to have a movie theatre in our community and its represents the perfect backdrop for such an occasion. Bravo to Parks and Recreation Director Cornelia Ziga, event coordinator Laura Trihas and the rest of the team.

Here are the recipients.

The Aquatics Volunteer of the Year Award

Miriam Cohen
Miriam has been volunteering at the Creative Social Centre for over 20 years. She’s on the board of directors, teaches an art class, and organizes an annual vernissage for her students.

Diane Jameson
Diane helped transform the garden behind the library into a beautiful space. She also developed the EARTH Project, which is an interactive 10-step program to help young people discover the joy and benefits of gardening.

Dmitry Vasserman
Dmitry has been a volunteer for 12 years at the CSL Figure Skating Club. He’s been on the board and has helped usher in programs like ice conditioning, ballet classes, as well as on ice stroking classes. Under his watch, the club increased the number of competitive skaters.

The EMS Award for Excellence in operations

Peter Garish
Peter brings to EMS more than a decade of experience as a police officer. He has been instrumental in helping EMS revamp and overhaul its driver training program. Peter ensures that EMS drivers are fully prepared for the risks and responsibilities of driving an emergency vehicle.

The EMS Award for Excellence in Training

Steve Merling
Steve returned to EMS after a decade away. He has boundless energy and enthusiasm. He now leads the community outreach program and helps recruiting new members.

The EMS Rookie of the Year Award

Alexandre has been selected amongst the 16 new recruits from the past year for his dedication and passion for the organization. Always ready to lend a hand, with his constant smile and good cheer, he is a great addition to the EMS team.

David Haltrecht
David, a District 2 resident,  uses his engineering experience to modernize operations at the Men’s Club. He implemented the online registration project for members and worked on several committees. Giving the award to David is the awards namesake, Hazel Lipes, who was elected to council in 1975. She was also the first woman ever elected to the city council. It was nice to see her at the Volunteer event after all of these years. 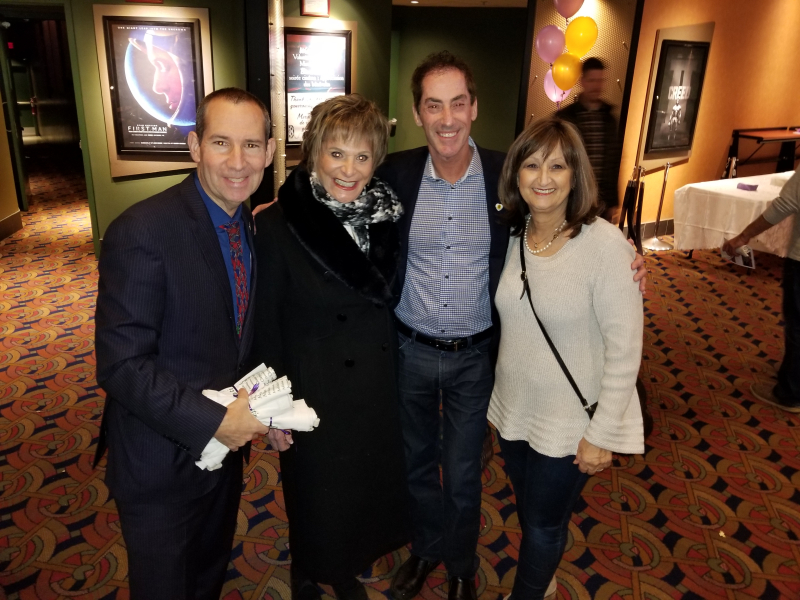 I was pleased to greet Hazel Lipes to our event alongside Mayor Brownstein and Councillor Ruth Kovac.

Awarded to the Youth Volunteer of the Year

Avi Kroo
Avi approached the library about starting a club for teens to teach the card game Magic: The Gathering. We has taught the game for two years now, coming each week. The game fits with the library’s goal of providing programming that piques curiosity and develops communication and problem-solving skills.

Sam Boucher
Sam has been performing with the Côte Saint-Luc Dramatic Society for three years, including in Little Shop of Horrors, The Producers, and Hairspray. Earlier this year he was the title character in Joseph and the Amazing Technicolor Dreamcoat, which recently received the META award in the category of Outstanding Community Production.

Charles Guerin
Charles,a District 2 resident, has been involved on several fronts over the last year. He shared his technical knowledge to help the city formulate its preliminary proposal for the Smart Cities Challenge competition. He has also volunteered his time at the library’s CreateSpace. He has donated equipment and helped spread the word about this library program.

Eric Bettan
Eric has coached and served on the executive of the Côte Saint-Luc Minor Hockey program since 2013. He is heavily involved in helping to organize the novice hockey tournament every season and much more.

Awarded to the Cote Saint-Luc athlete who best exemplifies the qualities of dedication, sportsmanship, and love for competition and fellow participants

Yuan Yi Wang
Yuan Yi is a Pre-Novice competitive skater and works extremely hard reach her goals. She has received the Regional CanSkate award as well as the Test Skater award. She as devotes a lot of time helping the club's young skaters in their group programs. She is well liked and admired by her skaters and has become great role model for them.

Marty Croitoru
Marty,a  District 2 resident,  is a member of the vCOP orientation team for new recruits. He is ready to respond on a moments notice when needed. He also provides with feedback, ideas and insights on how to make vCOP more interesting and more effective.

Awarded to a volunteer for exceptional contribution to City programs

Joel has been a head coach in our intercommunity baseball program since 2015. He has a great connection with the players on his team thanks to his positive attitude.

David has been a head coach in our intercommunity baseball program since 2015. He is extremely dedicated, organized and well-liked by the players and parents of his teams.

Watch the Volunteers of the Year video