Last Saturday’s senseless murder of 11 innocent victims at a Pittsburgh synagogue has resonated with people all over the world. Soon after this horrible news hit, we learned that a community-wide vigil  coordinated by the Centre for Israel and Jewish Affairs (CIJA) would be held at Beth Israel Beth Aaron Congregation in Cote Saint-Luc on Monday, October 29.

City Council delayed the start of our meeting so we could attend this event. What we experienced was something beyond anything I could have imagined. When we arrived, cars were already parked blocks away. There was an endless array of police vehicles, not to mention police officers on horseback. Security to get inside was knee deep. 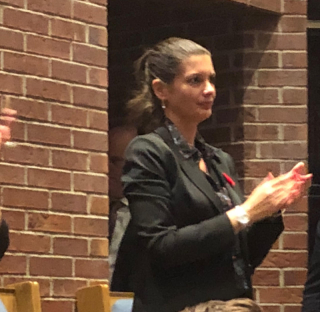 There was standing room only and a highly impressive list of senior political leaders: from the new provincial CAQ government, Deputy Premier and Minister of Public Security Genevieve Guilbault; Minister Responsible for Montreal Chantal Rouleau; and Parliamentary Secretary to the Premier and Responsible for the Anglo Secretariat file Christopher Skeet; Provincial Liberal Interim leader Pierre Arcand, local D’Arcy McGee Liberal MNA  and a large number of his MNAs; PQ Interim leader Pascal Berubé; Federal Liberal Minister for the Francophonie and Tourism Melanie Joly; former Montreal Mayor Denis Coderre; and City of Montreal Executive Committee Vice-Chair Magda Popeanu and a number of city councillors; several municipal mayors and members of their council. There were also many representatives from cultural communities present.

Rabbi Reuben J. Poupko, the spiritual leader of Beth Israel Beth Aaron, co-chair of CIJA Quebec and a constituent of mine in District 2, spoke with deep emotion as he opened up the evening. Not only is he from Pittsburgh, but his  late father served as a rabbi there for more than 60 years. The Poupkos lived only blocks away from Squirrel Hill and the Tree of Life Congregation, where the carnage took place. 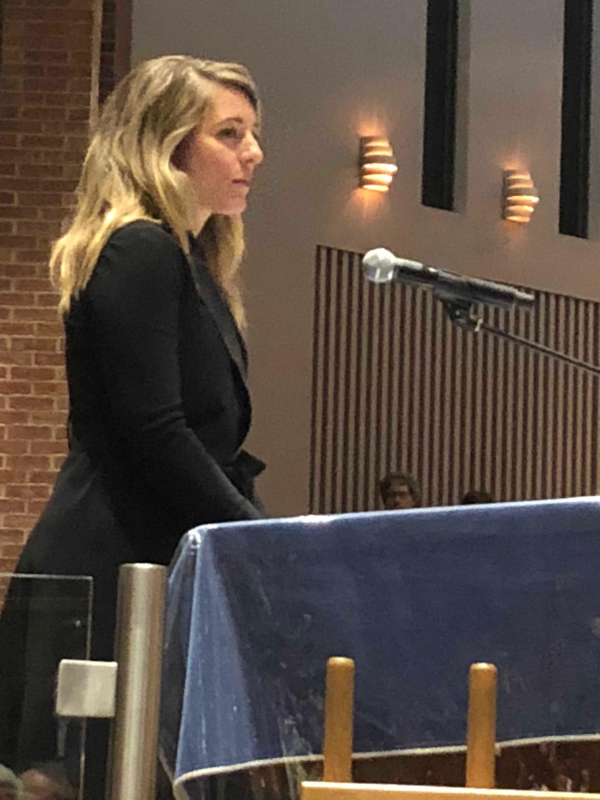 Joly, reading a message from Prime Minister Justin Trudeau, stated that an attack on one is an attack on all.

When Gail Adelson, first vice-president of Federation CJA, began to recite the names of the victims and candles were lit, many people started to weep. These people were gunned down by a lunatic terrorist only because they are Jewish. Could this really have happened in 2018 North America? How did a 97 year old victim survive the Holocaust, only to lose her life in a place that everyone should feel so safe.

Only a few weeks in office, it was impressive to see the CAQ government send three senior MNAs to show solidarity with the community. Guilbault, representing a government that wants to strip the rights of  public employees in positions of authority from wearing religious symbols, drew warm applause for stating how there is no place in society for such acts of hatred. “I am proud to see Quebecers united,” she said.

Israel Consul General David Levy brought a message from Prime Minister Benjamin Netanyahu. When he thanked American President Donald Trump for his condemnation of the murders, some in the audience booed. Only yesterday Trump seemed to be blaming the synagogue for not having an armed guard on duty. 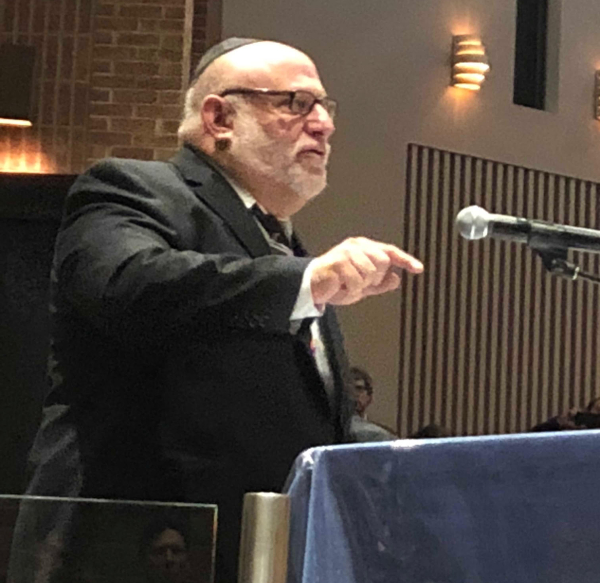 Rabbi Poupko, his voice cracking, noted that a synagogue is a place of peace, prayer and faith. He said it best, emphasizing how we all know the people of Squirrel Hill. “All of us can relate to what happened," he said  "We go to synagogues that look just like [Tree of Life] synagogue. Our ties and bonds of history and of solidarity and our values are very strong."

The underlying message by Rabbi Poupko was to thank everyone for stepping inside a synagogue and not being afraid to do so. "The best way is to continue to do what we do with greater intensity," he said, "which is to lead lives of tolerance, to lead lives where we understand that ultimately the power of good is more powerful than evil, where we continue to strengthen the bonds between individuals and communities and hope the light will block out the darkness." 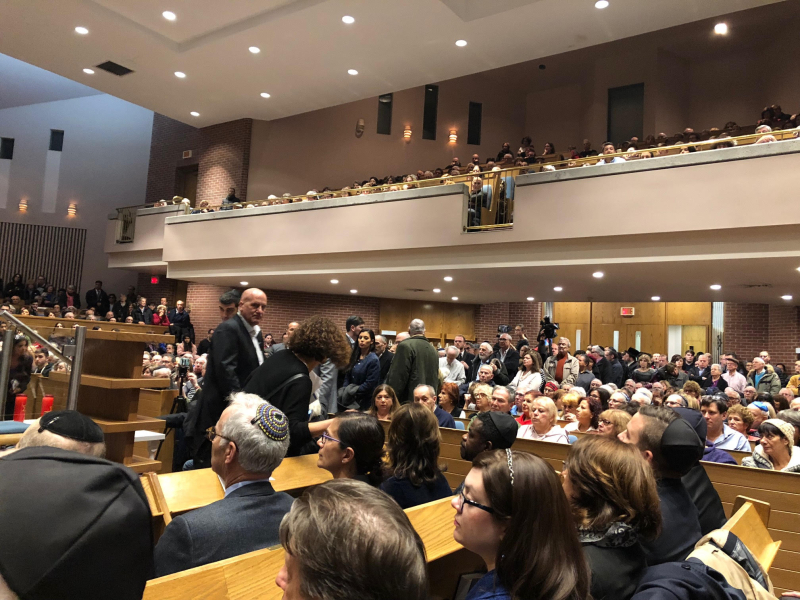 A look at the crowd.

Rabbi Lisa Grushcow from Temple Emanu-El Beth Sholom, said she called a friend in Pittsburgh who is also a rabbi. He was performing a baby naming at another congregation when the shooting took place. His synagogue went into lock down. The couple named the baby Israela.

This coming Saturday synagogues across North America will urge all Jews to come to services – a week after the tragedy occurred in Pittsburgh. It will send a true message to all of the anti-Semites out there. I spoke to Cantor Danny Benlolo at Shaare Zedek Congregation in NDG and Yechezkel Freundlich from my own Congregation Tifereth Beth David Jerusalem.

Mike , very well written as per usual but very disappointing and hurtful to me and many that you did not include the very incredible Cantor Gideon Zelermyer, who is only world renowned with a voice that is such a gift , so utterly beyond beautiful nor, our own, very wonderful, inspiring, amazing and very heartwarming Rabbi Adam Scheier in your article of today or in your post last night.

We are truly blessed and lucky to have such incredible Rabbis, Cantors, Rabbas, Maharats, Ritual Directors, Musical Directors and all their wonderful staff around us here in Montreal.

And as Rabbi Scheier even mentioned and very well said , a huge kudos should have gone out to the police who were there for us .

Mike- while it is of course an absolutely horrific tragedy that the 97 year old woman died most news outlets have retracted and apologized already for saying that she was a holocaust survivor as she was not. Her family came forward very quickly last week to clarify this incorrect statement. Absolutely devastating as to what happened and I mourn with all Jews but we must get these facts right.