The Côte Saint-Luc Men’s Club sure knows how to throw a party.

Along with Mayor Mitchell Brownstein, other members of council,  Mount Royal Liberal MP Anthony Housefather and D’Arcy McGee Liberal MNA David Birnbaum, I was so pleased to be at the Gelber Centre for the 2018 Men’s Club Gala. 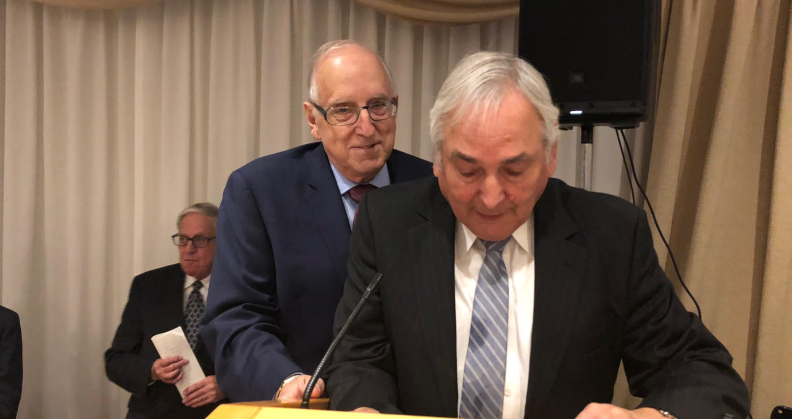 Marvin Hayman is introduced by David Gandell, with Kenny Bessner in the background.

More than 400 people enjoyed sumptuous hors d’oeuvres, music and dancing, a full course meal, speeches, awards and door prizes. It was a classy affair from beginning to end, co-chaired by District 2 resident Joe Presser and Kenny Bessner.  District 2 resident David Haltrecht, who is one talented individual, was recognized as the Man of The Year.  Volunteer Awards were handed out to Peter Sternberg, Peter Atkin and District 2’s Marvin Hayman. David Haltrecht, myself and Beryl Peletz.

Haltrecht, the Men’s Club First Vice-President, earned a Bachelor of Engineering and an MBA. An active member of the club, he works on several committees. Professionally he designed, developed and implemented computer based systems in retail, manufacturing and restaurant environments. Using this experience, he has implemented an operation system with a web site for the Men’s Club.  For many years he was an avid sailor and also worked with model trains. Today, he has the Men’s club members working with drones.

With his children and grandchildren in the audience, David thanked his wife of 55 years Phyllis for supporting his many interests. 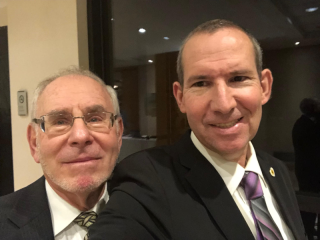 With the one and only Dr. Paul Weinstein.

MP Houseather made a powerful speech about  the tragedy that occurred at the synagogue in Pittsburgh, followed up by similar remarks from Birnbaum and Mayor Brownstein.

More than 30 members of the club were saluted for  being 90 years old or more – 11 were present to accept their plaques, including the ageless Mr. Peletz.

Music was provided by The Absolutes. There was also a photo booth coordinated by Mark Bessner Event Coordinators.

With more than 600 members, the Men’s Club continues to go strong. You need only be 55 join. I qualified last year. 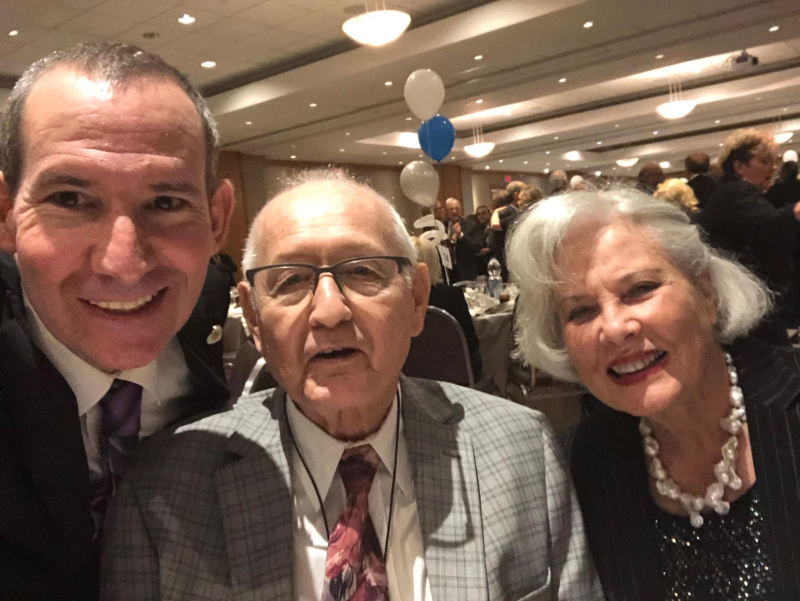 With my neighbours, Allen and Shirley Rosen. 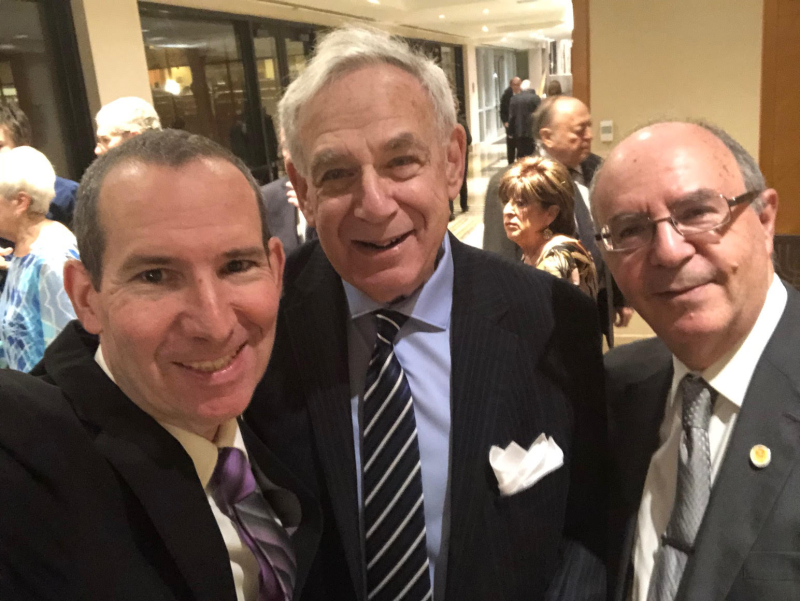