The first phase of the  Equinoxe Condo Rentals on Marc Chagall is moving along at a good pace. It has been more than a year since work began on the project. I need to remind everyone that this land was zoned for a high rise 30 years ago by a former council. We were able to lower the height of the two buildings from 16 to 14 floors. It could not go any lower than the highest property – the Marquise.

In order for the residents of the four existing high rise condominiums and the one town house complex to have a mode of communication with the developers, I established an ad hoc committee. Over the course of several months meetings were organized with representatives from the condos, the developers, myself and city officials. This helped us set the table for complaints and concerns to be dealt with. One major complaint was the fact construction was permitted on Saturdays. In an agreement reached, the developers agreed to limited work on Saturdays and no Sundays. As of March 15, 2018 only interior work is permitted on weekends.

Nothing is perfect and unquestionably we will face many more challenges as the project continues.

In our most recent meeting, developers Andre Doudak and Alex Bouhadana  provided some interesting news. 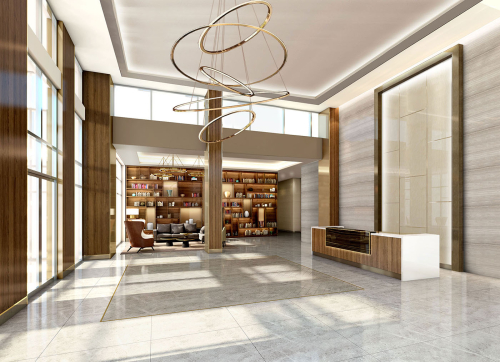 The first units will be delivered to new residents in July. Rentals are already at close to 75 percent. Residents will move in stages over the summer and early fall. Tower One will have 170 units instead of the original 187 planned as a number of the units were enlarged.  Excavation work on Tower Two is expected to begin soon. That will be 100 units instead of the originally planned 110.  So in total 27 less units means fewer cars and that is good news for everyone.

It will have taken 18 months to deliver the first building. The second will take longer because of the fact no Saturday or evening work is permitted under our new bylaw. It is estimated all of the work will be done no later than  the summer of 2020. 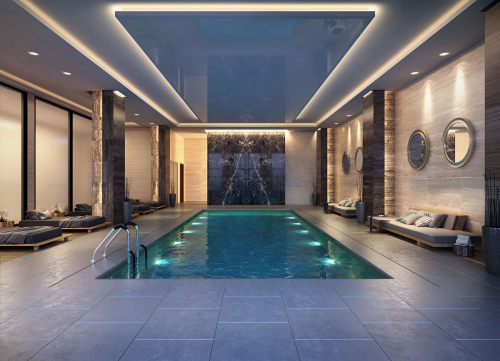 According to Mr. Doudak, most of the people who have signed leases are already residents of CSL who have decided to sell their homes and condos. “It will not be a transient  population,” he promises.

Indoor parking spots will exceed what our bylaws ask for. There will also be outdoor parking in the back for up to 40 cars.

The one major issue we have tried to resolve for the past year has been parking during work hours. There are close  to 200 workers per day and they take up spots all along Marc Chagall, Mackle and even some of the musical streets. We leased them land for temporary parking. That worked in the winter when it was cold. But when the temperatures dipped, cars were sinking. Two hour parking rules were instituted, but residents complained and asked us to repeal this.

When Tower One opens, some workers will be able to park inside. City Manager Tanya Abramovitch attended our meeting and she advised everyone that we will add 12 new parking spots (currently no parking zones) on Marc Chagall. We looked for a consensus around the table regarding whether two hour parking should be discussed again, four hour parking instituted or the status quo (for better or worse) prevail.  The latter is how we will proceed for now.

Work on cutting down the hill on the snow dump cannot begin until June. It is solid as a rock and the equipment we rent to undertake this 100 hour job cannot make a dent in the mountain until then. Once that is cleared, we can look at making part of the dump available for the  workers  to park until it snows – making the temporary lot feasible again..

There was a lot of talk regarding cleanliness of the street. The developers have agreed to have the street cleaned three days a week. The city will also use its sweeper. If any cleanups are not completed, the city will send in a crew and bill the developer.

Finally let me address the topic of noise. Work is not supposed to begin until 7 am. nor is it permitted to go past 9 pm. In the past week alone I have received countless complaints about vehicles arriving on site as of 5:30 am and making large beeping noises as they backup. There have also been reports of the dumpster being emptied as late as 10:30 pm Our Public Security patrols are monitoring the site as best they can and I am encouraging residents of the neighbouring buildings to continue to advise me of any violations. The developers are committed to dealing with this, noting the problem often comes about as a result of sub-contractors of sub-contractors not following the rules. Clearly we need to address the chain of command.

The developers will be represented at my District 2 Town Hall meeting on Monday night, June 4 (7:30 pm) at City Hall.