As the city councillor responsible for District 2 in Côte Saint-Luc, which encompasses Quartier Cavendish, I am thrilled to inform you that a much anticipated sit down restaurant is on its way. And not just any restaurant, but the first ever Cheesecake Factory location in Quebec. 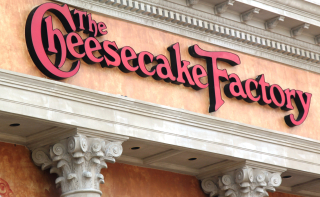 Michael Wolfe, whose company owns Quartier Cavendish, told me that he promised tenants he would succeed in bringing a franchise aboard which would attract customers from across the island. Cheesecake Factory certainly fits the bill. It will be established in the space presently occupied by the Dollar Store, which is moving next to Econofitness

The sister and brother team of Marissa and Noah Sidel will own the franchise. Last summer they opened the Cafe de L'Avenue at the Quartier. That was just a warmup for this huge announcement, which they have been working on for more than a year.

"For nearly 40 years, The Cheesecake Factory has been known for creating delicious, memorable experiences for tens of thousands of Canadians visiting the U.S.," said David Overton, the company's founder and chief executive officer, in a news release. "We are now delighted to be expanding  further into Canada. Toronto was a success and so will our new venture at Quartier Cavendish."

Known for its extensive menu, generous portions and legendary desserts, the new Cheesecake Factory is expected to be ready to open next spring.

With more than 250 menu selections including Saturday and Sunday Brunch – handmade, in-house with fresh ingredients – and more than 50 signature cheesecakes and desserts, The Cheesecake Factory’s opening provides exciting new choices for shoppers and area residents. "It will also make the Quartier Cavendish a destination location," promised Marissa Sidel.

Featuring imported limestone floors and custom mosaic tile columns, hand painted murals and modern lighting, the new restaurant will include the distinctive and contemporary décor that is as creative and imaginative as The Cheesecake Factory’s extensive menu. Wolfe said that with the Dollar Store moving out, there remains substantial space from where Canadian Tire used to be a tenant right out towards parking lot level.

This being April 1, I must tell that while this is an April Fool’s Day joke, how many of us would not love to have the Cheesecake Factory come to Quebec?  Why not the Quartier Cavendish. Put a Cheesecake Factory anywhere on the island and the crowds will come! And if I know Marissa and Noah, they are already on the phone with Cheesecake Factory officials in California  to see if this could actually come true.

The only question that remains is this: Will the Office québécois de la langue française (OLF) insist that it be called Usine de Gâteau au Fromage?

Posted at 09:30 AM in Cavendish Mall/Quartier Cavendish | Permalink | Comments (5)

The OLF loves to make themselves look uneducated with changing names of Brands and bussiness that are English. The rest of the world laughs at Quebec as if leaving a world known place to be called the name they created is as will change how ppl feel about the French language. It doesn't, it just makes us Quebecois seem uneducated. So what if it's not a French establishment, its ok. Not everything is made in quebec. Everyone enjoys or appreciates diversity. We actually appreciate having the opportunity to have things other places in the world get to enjoy. It sucks being stuck on arrogance vs culture. We know Quebec is French. This just makes Quebec look ridiculous, I'm really sick of it.and I'm born here. Let us just have the damn restaurant and leave there name as is. Ppl want to go because of the name of the place not cause it's in mtl.

Mike. No one is laughing. Sad commentary for Quebec. Like any successful restaurants want to come here. As many ads say. Not available in Quebec.

Mike this was a bad joke; the elderly in CSL don’t understand April fool’s; do something as positive as your negative joke; maybe they will forgive you Fake news!!!!!!!!!!!

2 bad its not true...citizens of cote st luc would be happy to cheer on a much needed restaurant...