Home Categories Posts by email Search
McDonald's at Quartier Cavendish to close on May 31
In Memoriam: Constituent Esther Hockenstein was one classy lady!

Felling of trees at Ashkelon Gardens delayed until next winter

The Quebec Ministère du Développement durable, de l’Environnement et de la Lutte contre les changements climatiques (MDDELCC) had given our city permission to begin the process of  felling trees  at Ashkelon Gardens infected by the Emerald Ash Borer. These insects  from China have killed millions of trees across North America in recent years. A public information was held for residents on March 5 to provide more information to residents of the immediate area. 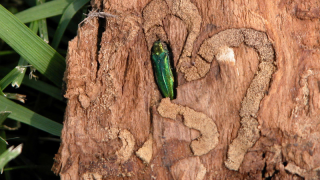 In this forested area between the library and the Cambridge Courts townhouse complex,   most of the trees are sick or dead and could potentially fall down on their own or even catch fire if we don’t remove them. Some good news is that the maple trees located closer to the Bellagio high rise condo are not affected and will remain in place.

All dead trees, once felled, will be replaced.

Regrettably we have no alternative and a contractor has been hired to fell these trees. Back in 2015 we cut down 40 dead ash trees in Ashkelon Gardens for safety reasons and 255 across the city. In 2016 we cut 255 dead ash trees in Trudeau Park. The total was 85 in 2017, during which time we focused on private property,

Since 2016 we have been treating Dutch Elm Disease, which can kill a tree within the same year as infestation. Sadly, this disease is also present in Ashkelon Gardens, where we  also must remove 21,00 buckthorns. These are invasive plants that tend to grow really fast and stop the regeneration of native species. 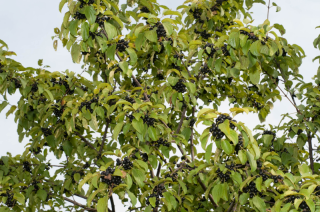 Due to warmer weather conditions, the wetlands at Ashkelon  Gardens are starting to thaw. The equipment originally planned  to fell the trees is too heavy to enter the site now (risking conformity of MDDELCC certificate of authorization), therefore the large project to fell the  300 trees and 21,000 buckthorn plants must be  postponed until next winter.

At this point though, our Arboriculture Foreman along with our expert tree contractor, have concluded that approximately two dozen trees located along the fringes of the forest must be felled immediately due to possible imminent danger. The trees have been marked with white paint. Work will start during the week of April 2 or April 9, for up to three days.

We will then completely block off the forest so nobody can enter. When work  does resume it will be broken up into three zones:

I want to thank our Department of Public Works for all of their efforts on this massive project and we will have more updates to come.