Summit of Elected Officials another great initiative by MP Housefather

When Anthony Housefather was elected as the Liberal Member of Parliament for Mount Royal more than two years ago he promised to make regular communications with his constituents a priority. He has indeed made good on that, holding rotating public assemblies in Côte Saint-Luc, Hampstead, Côte des Neiges and TMR. In addition, he has maintained a steady presence on social media, organized mailings to each home and secured a high profile in the media. 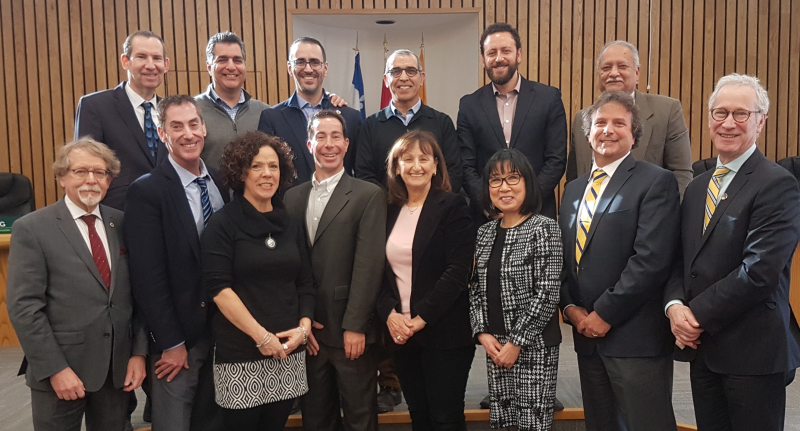 Anthony Housefather surrounded by his guests, including me at the top left.

One of Anthony’s new ideas was to hold regular Summits of Elected Officials. This round-table format brings together elected officials from the municipal and provincial levels, as well as school boards,  with Anthony as chair.

It was a most interesting exchange and a great opportunity to dialogue on common issues such as the Cavendish extension.