The City of Côte Saint-Luc marked Remembrance Day on Friday, November 10 in the Council Chamber at City Hall, moving the event indoors rather than brave the chilly temperatures outside at Veteran's Park. 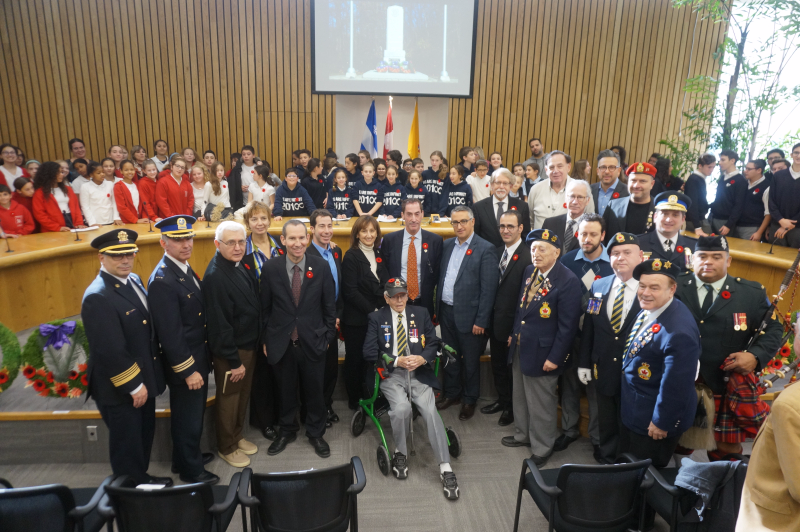 Officials with our few veterans and students after the event.

There was a lot of warmth inside as our Director of Public Safety Jordy Reichson oversee an excellent program. The hall was filled to capacity and when explaining why  we were holding this a day prior to Remembrance Day, Director Reichson pointed behind him to a large group of students from Merton Elementary School, Jewish People's and Peretz Schools (JPPS) and Hebrew Academy. 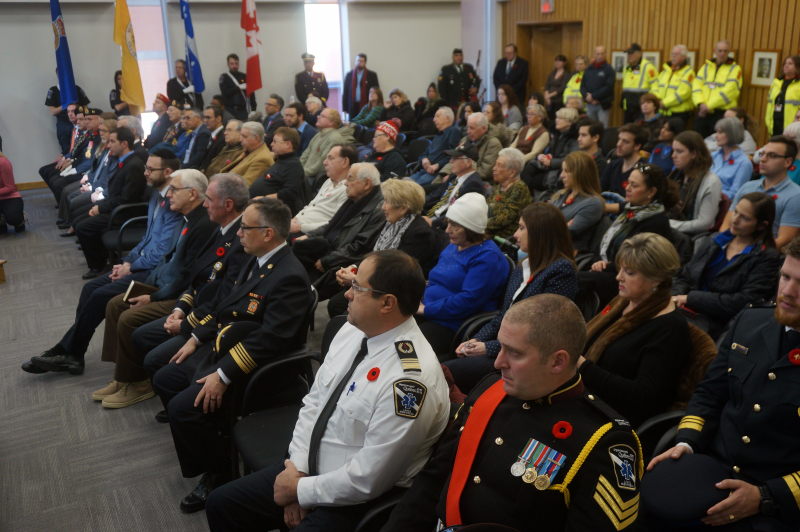 The room was full.

Each year there are less veterans who fought for our country in World War II with us, At the ceremony, members of the Royal Canadian Legion Brigadier  Frederick Kish Branch #97 were represented. Their president is Allan  J. Levine, who served as a city councillor for 32 years up until his defeat in last week's elections. Allan did not fight in any wars, but his late father Sol did. So each year he devotes his time to selling poppies and working closely with the vets. 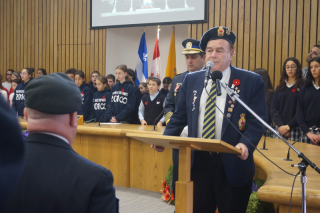 Having the students with us was essential as we provided a lesson in authentic learning. Afterwards some Merton students approached one of the veterans. "Thank you for your service," they said, honoured to make his acquaintance.